Guest Post + Giveaway: The Secret Recipe for Moving On

The Secret Recipe for Moving On is out today! And to celebrate the release of her debut novel, author Karen Bischer stopped by to introduce us to her main characters (and their favorite recipes from their high school life skills class).

Hi there! I’m Karen, and my debut contemporary YA novel, The Secret Recipe for Moving On, follows what happens when my main character, Ellie, is forced to share a life skills class with her all-too-recent ex and his new girlfriend. Making matters worse, Ellie is partnered in the class with three misfit guys, Luke, Isaiah, and A.J. But something unexpected happens: the break-up forces Ellie to reevaluate her personal relationships at school and also spurs her to try new things, and in the process, she’s surprised that she starts growing closer to the guys in her group—especially Luke.

The goal of the class is to ready the students to be independent adults, and it includes learning how to budget, pay bills, and of course, cook! Jordan asked me to describe what each character’s favorite in-class recipe would be, which is the perfect way to get a little insight into each of their personalities.

Ellie: In the original draft of the book, Ellie makes the beef stroganoff she learned in class for her parents (this got cut for word count). She likes that it’s warm and tender, but also a little tart, which kind of describes Ellie as she grows past the pain of getting dumped early on.

Luke: Luke has really good hand-eye coordination (he’s an athletic stunt biker, so it comes with the territory!) and really enjoys the assignment where they have to sautee mixed vegetables—he can easily make the veggies flip in the frying pan one-handed! Bonus: He’s pretty sure this impresses his secret crush, Ellie, and he’s not wrong.

Isaiah: Introverted Isaiah enjoys his quiet time reading books about horses, and the perfect easy snack for settling down with a good book is the cinnamon toast recipe the group learns in class. Sweet, crunchy, and he still has a free hand to turn the pages!

A.J.: the class has spurred the formerly directionless, trash-talking A.J. to take an interest in baking, and he’s gotten to indulge his hidden artistic side and become really good at decorating. So if it’s chocolate cupcake day, he’s probably super-happy: getting inventive with the frosting AND getting to eat it. It’s a win-win! 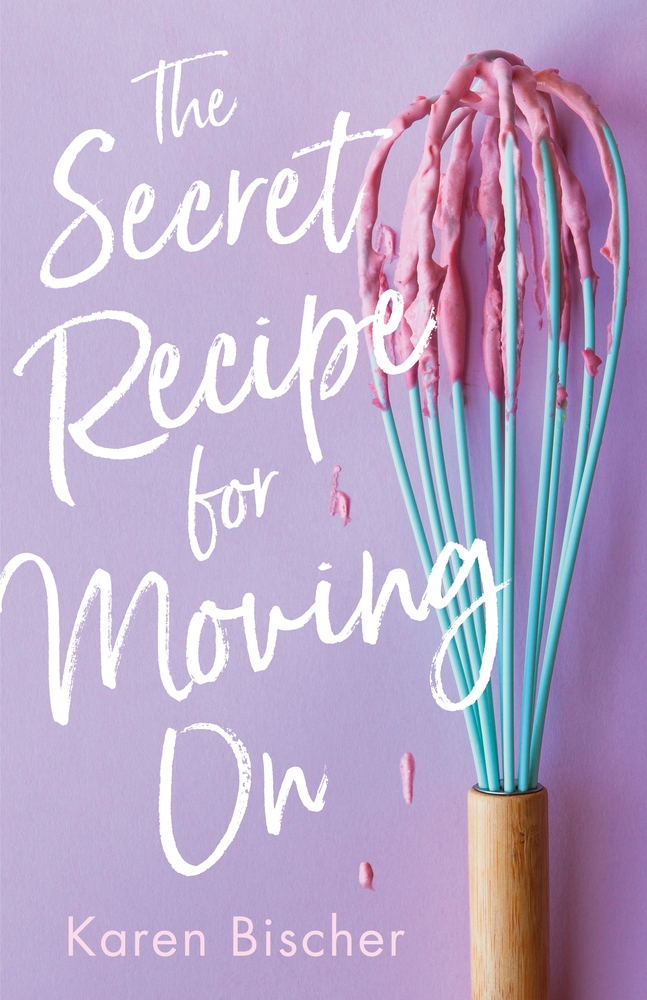 When Ellie is dumped by her boyfriend, she’s forced to make new friends (while watching her ex swoon over his new girlfriend) in The Secret Recipe for Moving On, a smart and funny YA debut from Karen Bischer.Ellie Agresti’s not sure anything could be worse than being dumped by her boyfriend, Hunter, the first day of senior year.But sharing a “life skills” class with him and his new girlfriend, Brynn? AND getting partnered with a “family” of misfits (A.J., the loudmouth; Isaiah, the horse-racing obsessive; and Luke, the tattooed stunt-biker)?It’s a recipe for certain disaster…until an in-class competition allows Ellie to channel her angst into beating Hunter and Brynn’s team, and she unexpectedly bonds with her own group–especially Luke–in the process.But as Ellie soon discovers, it will take more than classroom triumphs to heal her broken heart–and find herself again. 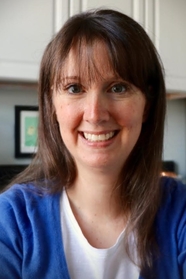 Karen Bischer has written short stories for Girls’ World and Animal Tales magazines and currently works as a copyeditor. She lives in her native New Jersey, where she has never encountered Bruce Springsteen in the wild, but does have a cat named after a member of the E Street Band.