This recap is wayyy late, but I had the chance to attend the launch party for Elise Bryant’s One True Loves at The Ripped Bodice back in January! I enjoyed reading Elise’ debut, Happily Ever Afters, last year so I was excited to meet her and celebrate the release of One True Loves! (Side note—I absolutely adored One True Loves so you’re going to want to add this book to your TBR if you haven’t already). 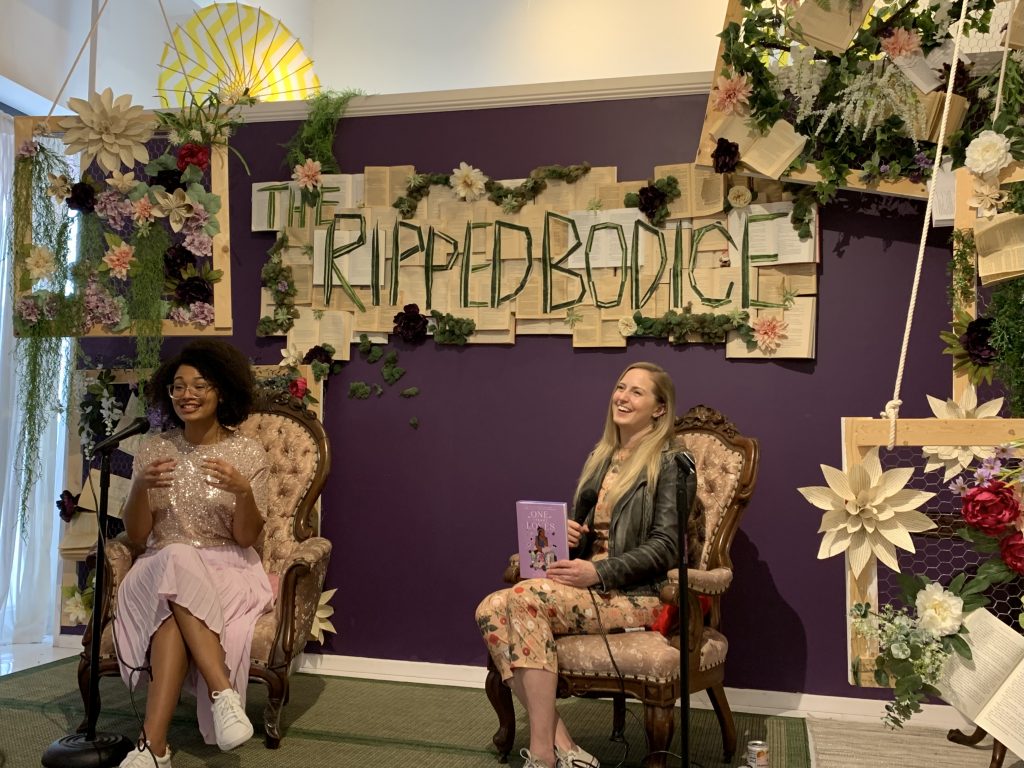 This was my first time at The Ripped Bodice (which has been on my bookish bucket list for ages), and I’m so glad I’ve finally visited! As you can see, the stage area set up for the event was so gorgeous and the bookstore did a great job coordinating the event. Sarah Enni, author of Tell Me Everything and host of the First Draft podcast, was also there as a moderator. 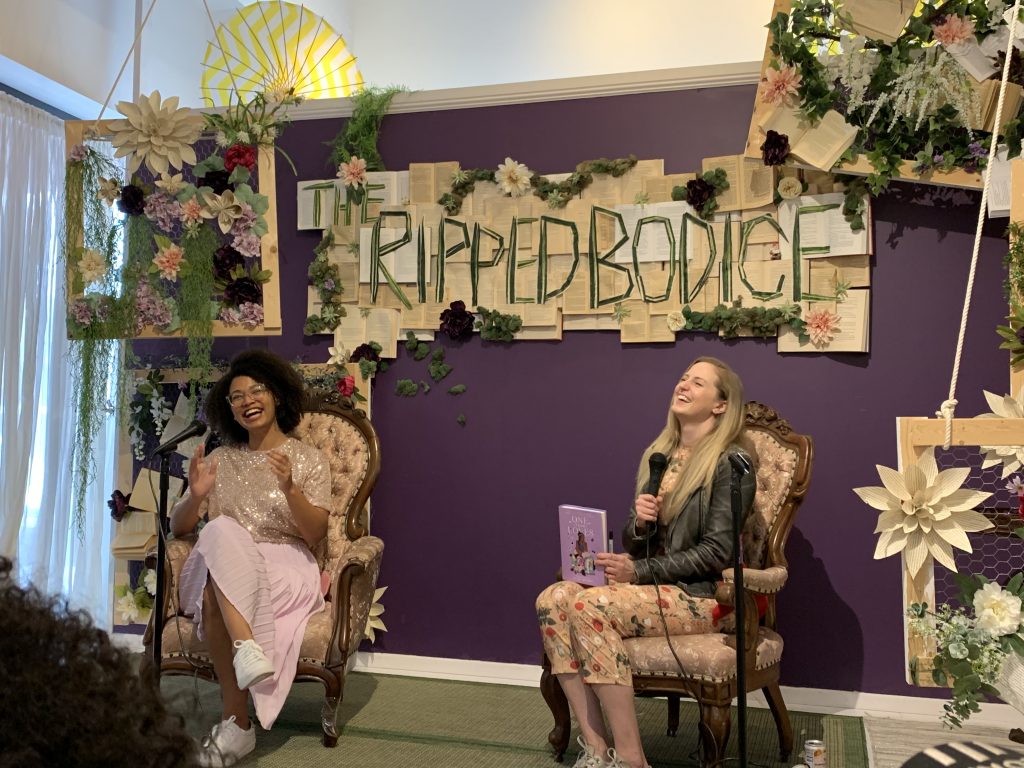 It was fun hearing their conversation! Elise talked about why she wanted to write Lenore’s story. One True Loves takes place on an European cruise, which Elise explained was the vacation she was supposed to take with her family in 2020. This book ended up being a great escape for her as she wrote it during April-August of that year. She especially loves writing family and parents, which is very evident as that is one of my favorite parts of her books! She also told us a little bit about her third book, Reggie & Delilah’s Year of Falling, which will be out next year. This upcoming novel will be told through two POVs—one character is in a punk band (Elise was in one in high school too!) and the other is a D&D Dungeon Master (Elise played D&D with her husband and daughter during the pandemic). 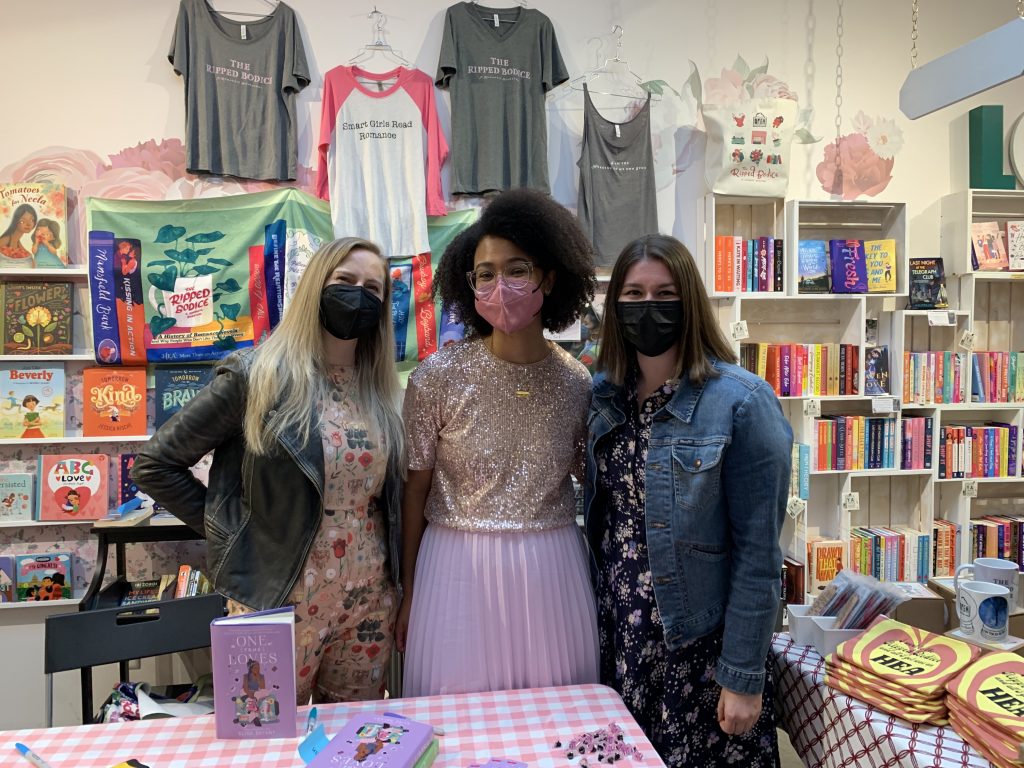 After the conversation, Elise and Sarah signed their books. Elise was just as lovely as she is online (and I was honored that she recognized me from my bookstagram account right away)! I also ran into author Marisa Kanter in the audience, so that was fun. A big thank you to Elise Bryant, Sarah Enni, and The Ripped Bodice for an amazing event to kick off 2022!