Happy fall! September absolutely flew by for me and I can’t believe it’s already October! 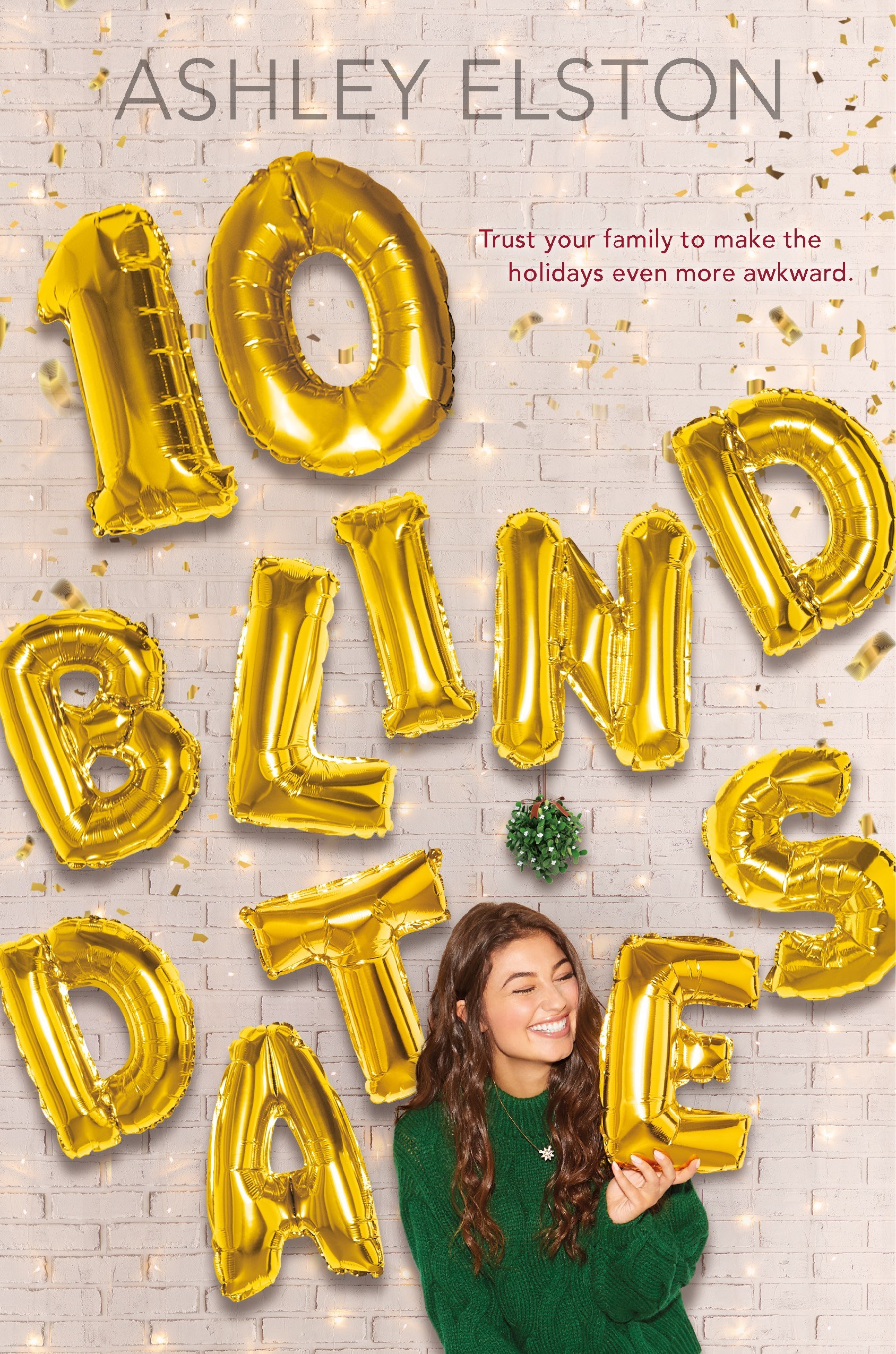 Sophie wants one thing for Christmas-a little freedom from her overprotective parents. So when they decide to spend Christmas in South Louisiana with her very pregnant older sister, Sophie is looking forward to some much needed private (read: make-out) time with her long-term boyfriend, Griffin. Except it turns out that Griffin wants a little freedom from their relationship.

Heartbroken, Sophie flees to her grandparents’ house, where the rest of her boisterous extended family is gathered for the holiday. That’s when her nonna devises a (not so) brilliant plan: Over the next ten days, Sophie will be set up on ten different blind dates by different family members. Like her sweet cousin Sara, who sets her up with a hot guy at an exclusive underground party. Or her crazy aunt Patrice, who signs Sophie up for a lead role in a living nativity. With a boy who barely reaches her shoulder. And a screaming baby.

When Griffin turns up unexpectedly and begs for a second chance, Sophie feels more confused than ever. Because maybe, just maybe, she’s started to have feelings for someone else . . . Someone who is definitely not available.

This is going to be the worst Christmas break ever . . . or is it? 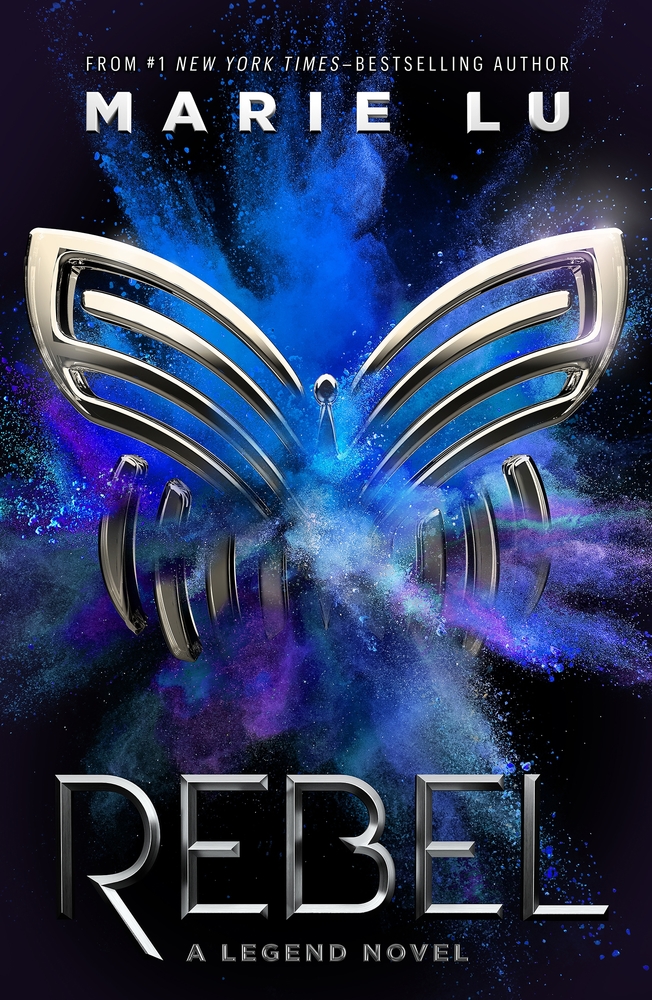 Respect the Legend. Idolize the Prodigy. Celebrate the Champion. But never underestimate the Rebel.
With unmatched suspense and her signature cinematic storytelling, #1 New York Times–bestselling author Marie Lu plunges readers back into the unforgettable world of Legend for a truly grand finale.

Eden Wing has been living in his brother’s shadow for years. Even though he’s a top student at his academy in Ross City, Antarctica, and a brilliant inventor, most people know him only as Daniel Wing’s little brother.

A decade ago, Daniel was known as Day, the boy from the streets who led a revolution that saved the Republic of America. But Day is no longer the same young man who was once a national hero. These days he’d rather hide out from the world and leave his past behind. All that matters to him now is keeping Eden safe―even if that also means giving up June, the great love of Daniel’s life.

As the two brothers struggle to accept who they’ve each become since their time in the Republic, a new danger creeps into the distance that’s grown between them. Eden soon finds himself drawn so far into Ross City’s dark side, even his legendary brother can’t save him. At least not on his own . . .

I read and loved the Legend trilogy back when I was in high school so I was so excited to hear that Marie Lu was writing a sequel to the series! 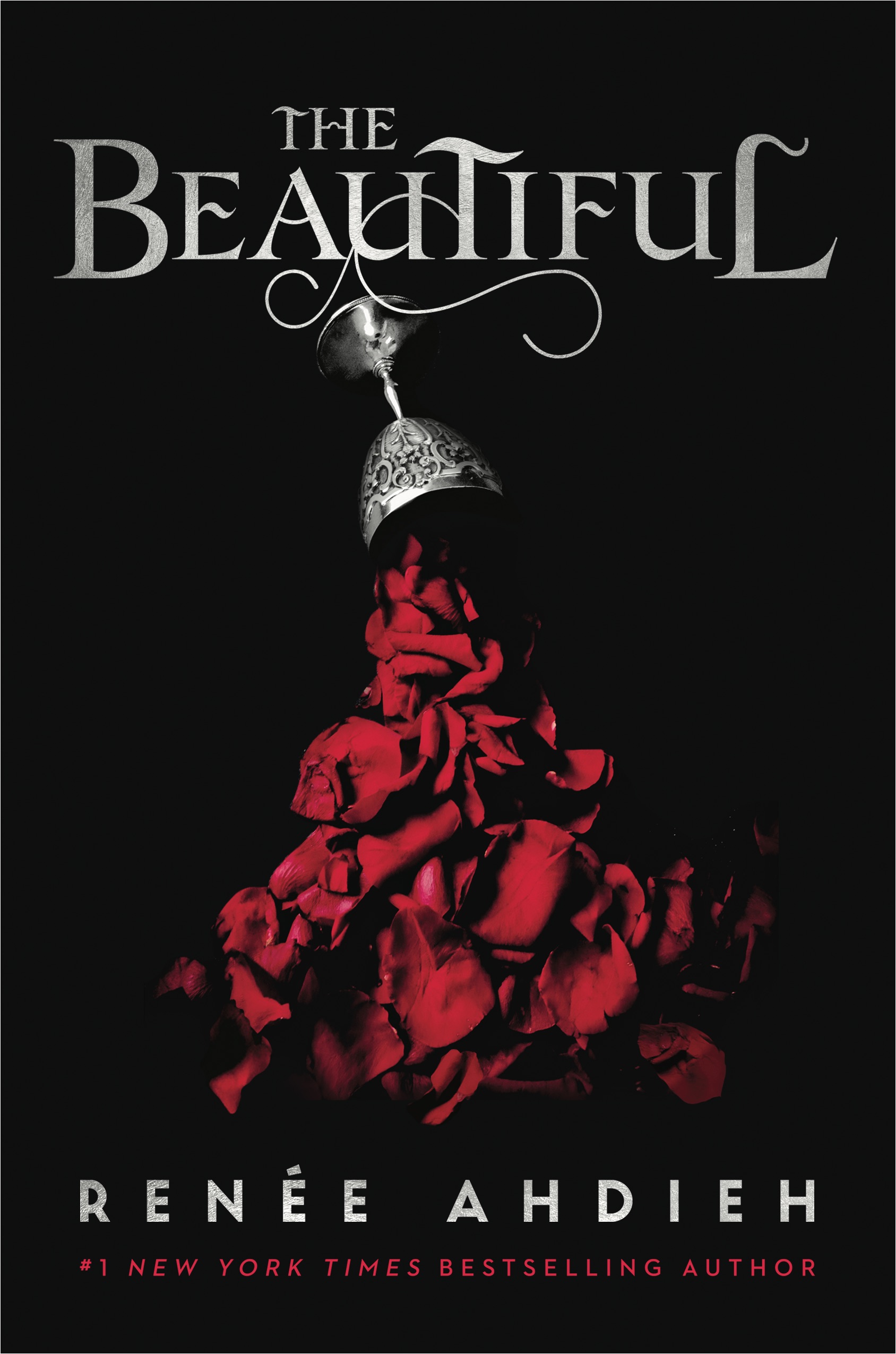 In 1872, New Orleans is a city ruled by the dead. But to seventeen-year-old Celine Rousseau, New Orleans is a safe haven after she’s forced to flee her life as a dressmaker in Paris. Taken in by the sisters of the Ursuline convent in the middle of the carnival season, Celine is quickly enraptured by the vibrant city, from its music to its fancy soirées and even its danger. She becomes embroiled in the city’s glitzy underworld, known as La Cour des Lions, after catching the eye of the group’s enigmatic leader, Sébastien Saint Germain.

When the body of one of the girls from the convent is found in Sébastien’s own lair–the second dead girl to turn up in recent weeks–Celine battles her attraction to Sébastien and suspicions about his guilt along with the shame of her own horrible secret.

After a third murder, New Orleans becomes gripped by the terror of a serial killer on the loose–one who has now set Celine in his sights. As the murderer stalks her, Celine finally takes matters into her own hands, only to find herself caught in the midst of an age-old feud between the darkest creatures of the night, where the price of forbidden love is her life.

At once a sultry romance and a decadent, thrilling mystery, master storyteller Renée Ahdieh embarks on her most potent fantasy series yet.

I’ve been a Renée Ahdieh fan ever since I read The Wrath and the Dawn back in 2015! I’m excited to read her take on vampires and start a new series from her! 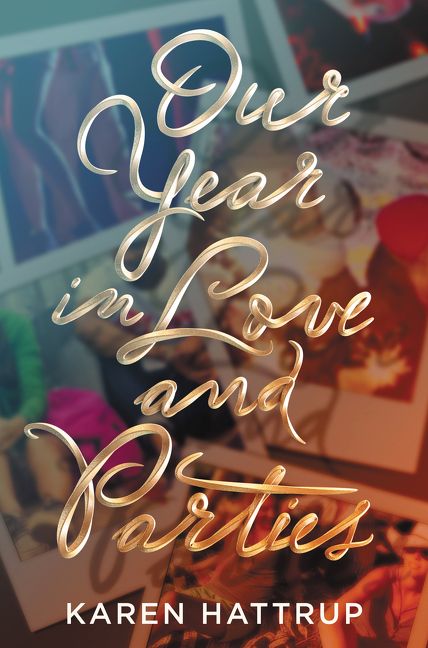 In this poignant, funny, and romantic novel, four nights of epic partying will see two teens through their highest highs and lowest lows over the course of one unforgettable year. Perfect for fans of Gayle Forman and Mary H.K. Choi!

Tucker knows that some relationships take work. With his best friend, Bobby, and his mom, everything is simple, steady. His dad, on the other hand, seems to only show up when he wants to bring Tucker down. Then there’s Erika Green, who comes back into his life, stirring up old feelings. A small part of him knows he shouldn’t get too attached during senior year. But a bigger part doesn’t want her to disappear again.

Erika from before the video loved to shock people. Now, she just wants to hole up in her quiet college life and leave the past where it belongs—in a dumpster fire. But then she reconnects with Tucker Campanelli. Erika can’t explain what it is about him. There’s just this undeniable connection between them, and she really doesn’t want to lose that feeling. Not yet.

Our Year of Love and Parties sounds like a contemporary novel right up my alley! 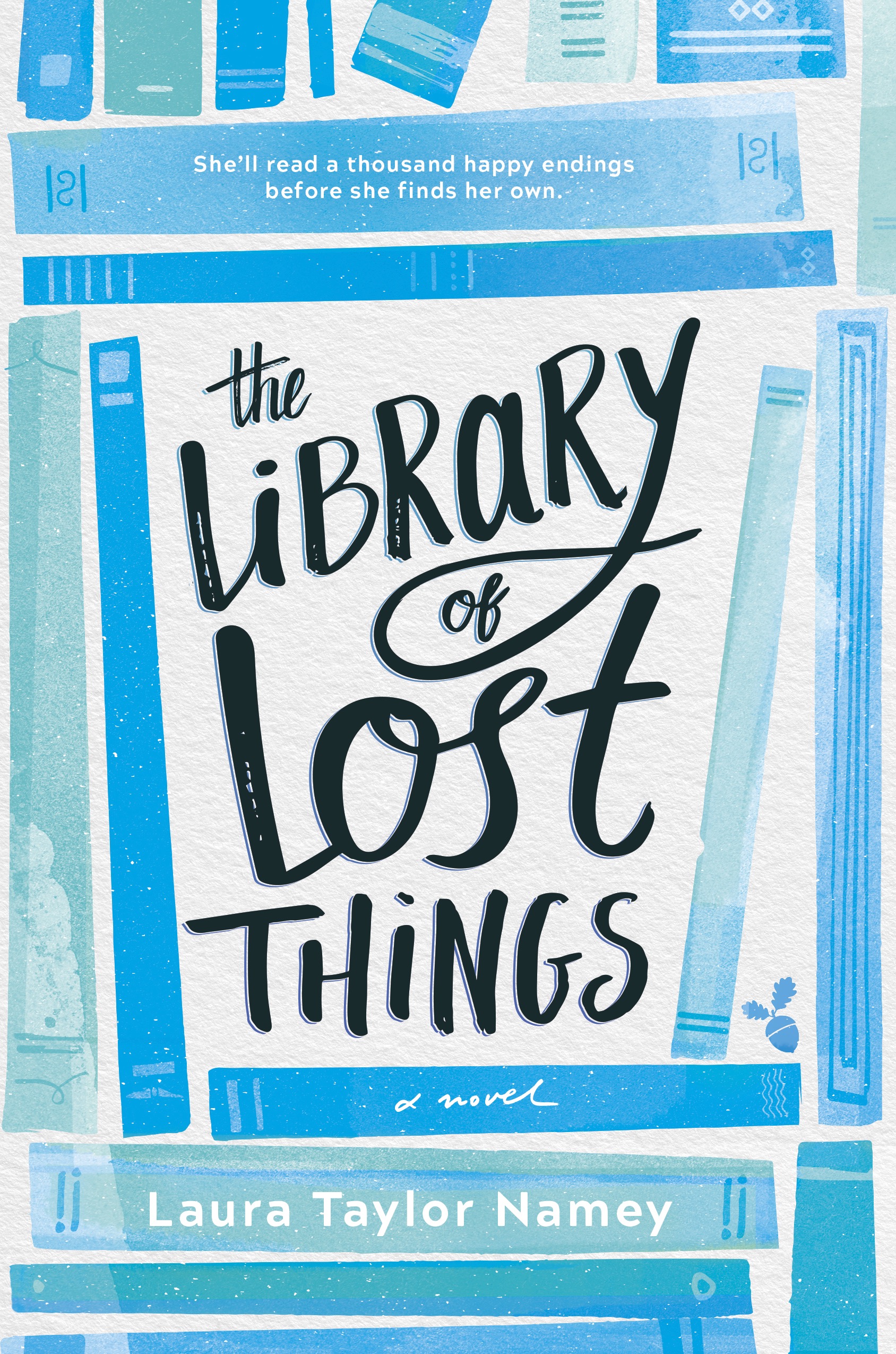 From the moment she first learned to read, literary genius Darcy Wells has spent most of her time living in the worlds of her books. There, she can avoid the crushing reality of her mother’s hoarding and pretend her life is simply ordinary. But when a new property manager becomes more active in the upkeep of their apartment complex, the only home Darcy has ever known outside of her books suddenly hangs in the balance.

While Darcy is struggling to survive beneath the weight of her mother’s compulsive shopping, Asher Fleet, a former teen pilot with an unexpectedly shattered future, walks into the bookstore where she works…and straight into her heart. For the first time in her life, Darcy can’t seem to find the right words. Fairy tales are one thing, but real love makes her want to hide inside her carefully constructed ink-and-paper bomb shelter.

Still, after spending her whole life keeping people out, something about Asher makes Darcy want to open up. But securing her own happily-ever-after will mean she’ll need to stop hiding and start living her own truth—even if it’s messy.

I’m excited to be a part of the blog tour for The Library of Lost Things! Keep an eye out for my post on October 12th! 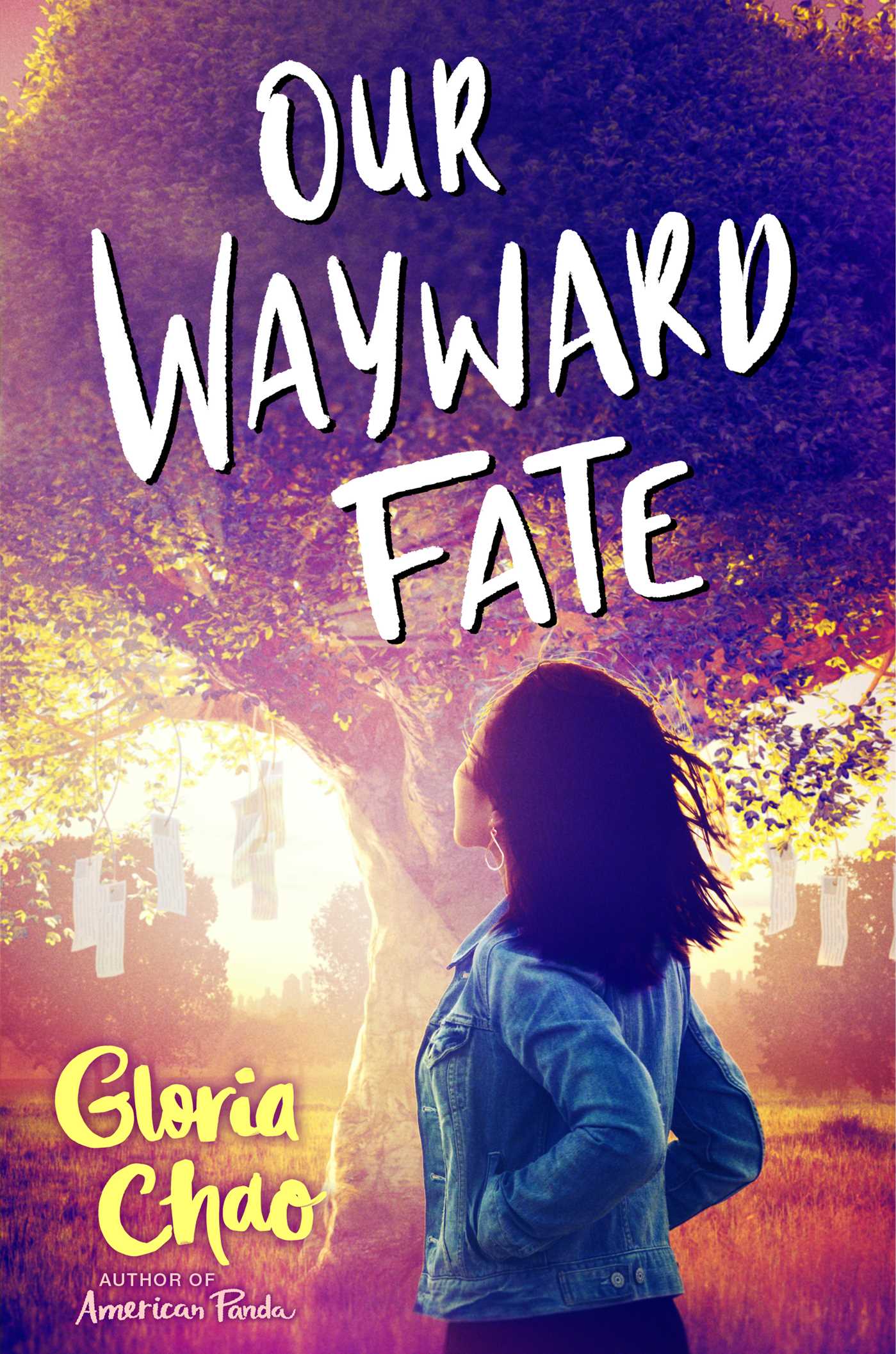 A teen outcast is simultaneously swept up in a whirlwind romance and down a rabbit hole of dark family secrets when another Taiwanese family moves to her small, predominantly white midwestern town in this remarkable new novel from the critically acclaimed author of American Panda, which The Wall Street Journal called “weepingly funny.”

Seventeen-year-old Ali Chu knows that as the only Asian person at her school in middle-of-nowhere Indiana, she must be bland as white toast to survive. This means swapping her congee lunch for PB&Js, ignoring the clueless racism from her classmates and teachers, and keeping her mouth shut when people wrongly call her Allie instead of her actual name, Ah-lee, after the mountain in Taiwan.

Her autopilot existence is disrupted when she finds out that Chase Yu, the new kid in school, is also Taiwanese. Despite some initial resistance due to the they belong together whispers, Ali and Chase soon spark a chemistry rooted in competitive martial arts, joking in two languages, and, most importantly, pushing back against the discrimination they face.

But when Ali’s mom finds out about the relationship, she forces Ali to end it. As Ali covertly digs into the why behind her mother’s disapproval, she uncovers secrets about her family and Chase that force her to question everything she thought she knew about life, love, and her unknowable future.

Snippets of a love story from nineteenth-century China (a retelling of the Chinese folktale The Butterfly Lovers) are interspersed with Ali’s narrative and intertwined with her fate.

I’ve been meaning to read Gloria Chao’s debut for quite some time now, but I’m still excited to check out her sophomore novel! 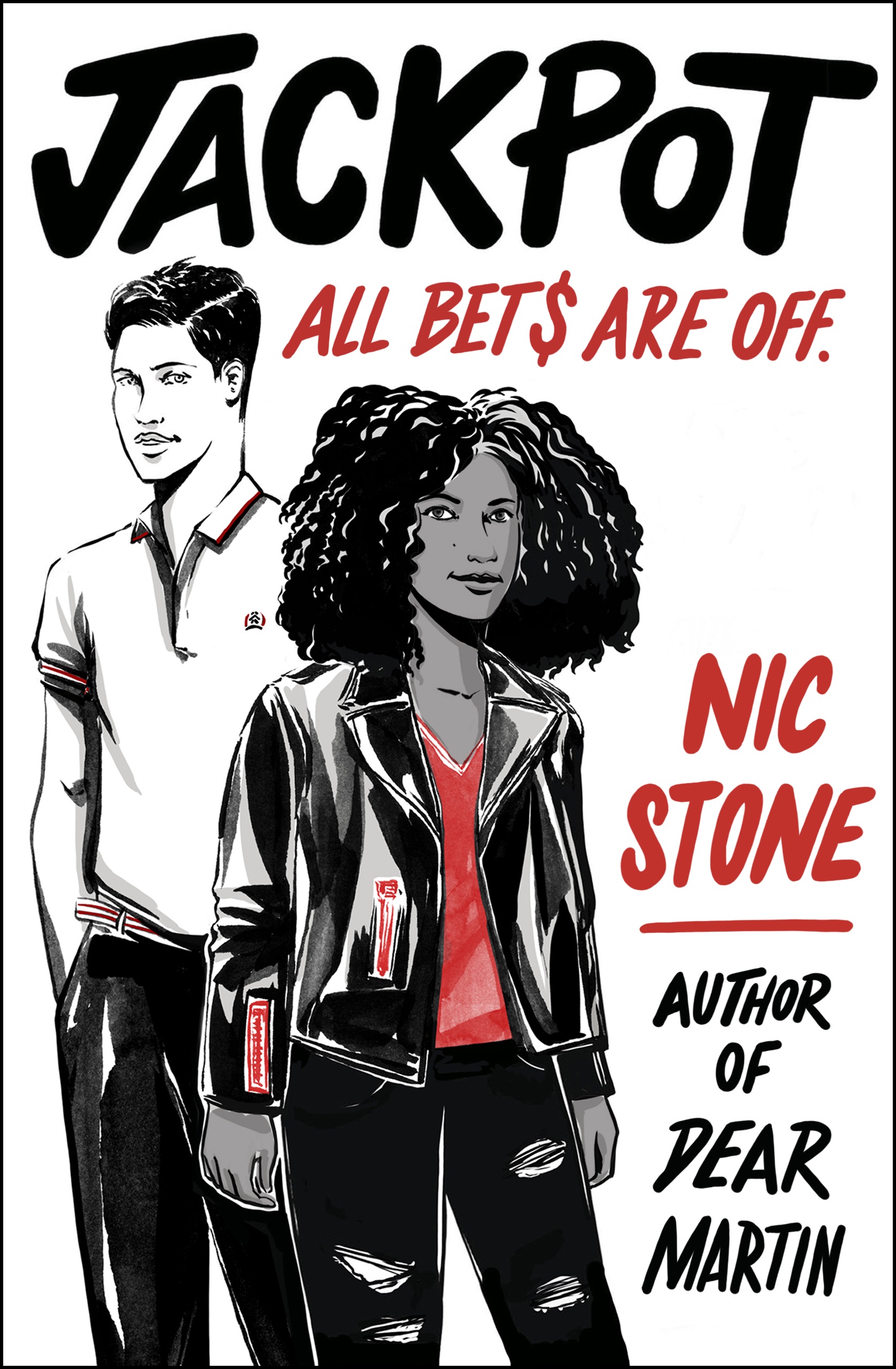 From the author of the New York Times bestseller Dear Martin—which Angie Thomas, the bestselling author of The Hate U Give, called “a must read”—comes a pitch-perfect romance that examines class, privilege, and how a stroke of good luck can change an entire life.

Meet Rico: high school senior and afternoon-shift cashier at the Gas ‘n’ Go, who after school and work races home to take care of her younger brother. Every. Single. Day. When Rico sells a jackpot-winning lotto ticket, she thinks maybe her luck will finally change, but only if she—with some assistance from her popular and wildly rich classmate Zan—can find the ticket holder who hasn’t claimed the prize. But what happens when have and have-nots collide? Will this investigative duo unite…or divide?

Nic Stone, the New York Times bestselling author of Dear Martinand Odd One Out, creates two unforgettable characters in one hard-hitting story about class, money—both too little and too much—and how you make your own luck in the world.

I haven’t read a Nic Stone book yet (I know, I know), but omg Jackpot sounds good and I think this will be a great start!

Which October YA releases are you most excited for?