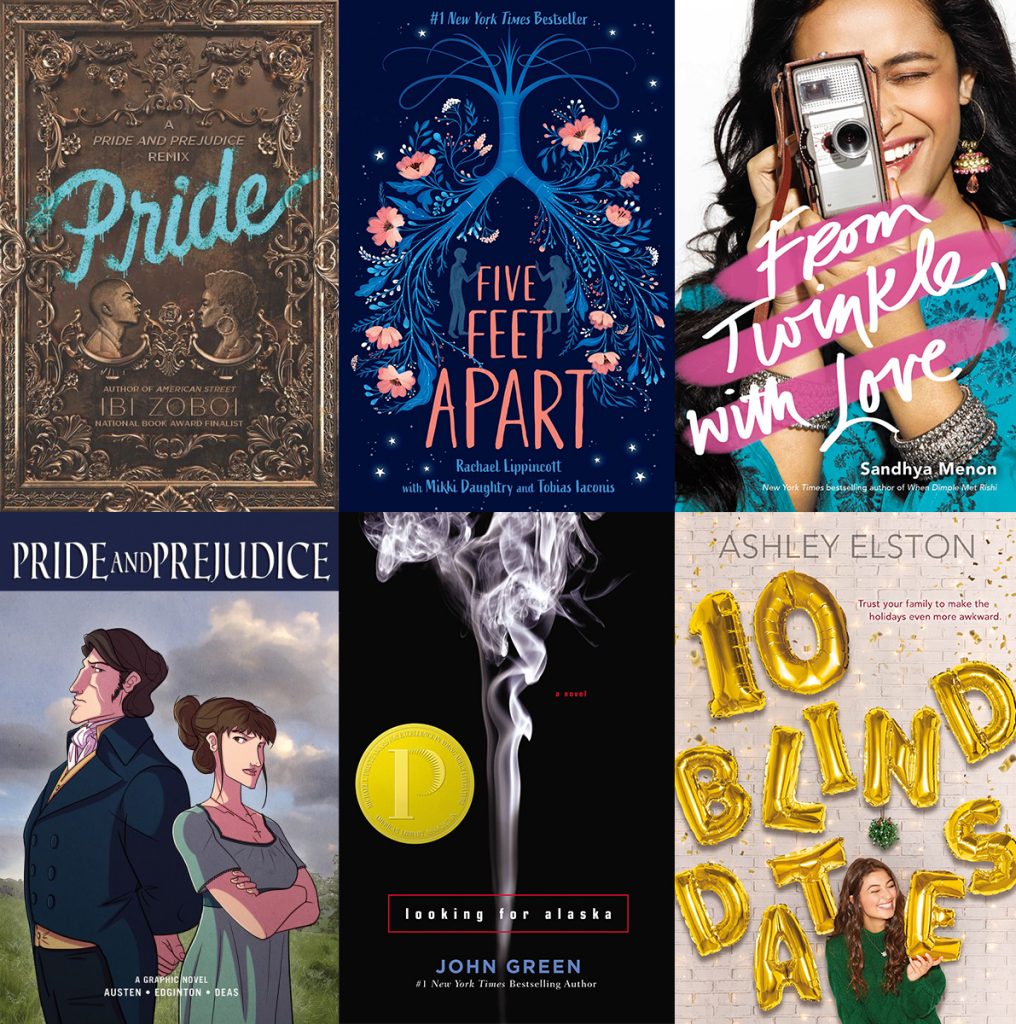 Pride is such an excellent, diverse Pride and Prejudice retelling. It’s filled with the important topics of gentrification, class, race, and cultural identity that really align with Jane Austen’s social commentary aspect of her novels. I loved Zuri’s voice, snark, and poetry. I highly recommend listening to this one as an audiobook, as the narrator’s (Elizabeth Acevedo) flow really brings the prose to life. Pride and Prejudice fans will love this remix!

I loved the dual narrators of Five Feet Apart and how they both brought Stella and Will’s voices alive. This book started off as a script at first, but I thought Rachael Lippincott translated it well into novel-format. Fans of The Fault in Our Stars will love Five Feet Apart! And yes, you’ll probably cry. Look out for my book vs. movie review coming next month!

I absolutely adored reading From Twinkle, with Love! I knew I was going to love it, so I don’t know why I waited to read this super cute story. Twinkle tells her story through journal entries addressed to her favorite female filmmakers as she wants to be a director someday. This was such a fun format and I loved how we saw a little of love interest Sahil’s POV through text messages and blog entries too. Such good stuff! Also, Sahil is just the sweetest—he’s so supportive and nerdy and wow I just loved him. And Twinkle’s character development was so great throughout the novel!

While I haven’t actually read the original Pride and Prejudice, I have read countless retellings and seen the movie adaptations so I have a pretty good grasp on the story and all the key players. I don’t know how the graphic novel compares to the actual novel, but it appeared to be a good adaptation to me as it stuck to the original language. As for the art, the full-color illustrations were pretty, but the characters’ angular faces were kind of overwhelming. Overall, though, I did enjoy this graphic novel adaptation!

This year, I read Looking for Alaska for the first time due to the tv adaptation releasing. I ended up choosing to listen to it as an audiobook, which I’m glad I did as I enjoyed the narrator (Wil Wheaton) who was able to really capture Pudge’s voice. Looking for Alaska is told in two parts—a before and an after, with a countdown to the incident the separates the two. The Before part was not really my thing, but the After was what had my attention. As for the tv series adaptation—I loved it. It was well-produced and very faithful to the book. But there were also some updates that added a lot to the story. Read up on all the differences in my book vs. tv show review.

If you’re looking for a fun Christmas-time read, you will love 10 Blind Dates! It’s a delightful story full of love, laughter, and festive holiday-themed activities. The main character’s large and chaotic extended family is a focal point of the story. You’ll wish you were a part of this tight-knit clan after reading the book! Plus, there’s a cute boy next door/childhood best friend romance that you will be rooting for throughout all the ridiculous dates. Fans of Morgan Matson’s Save the Date will love 10 Blind Dates!

Have you read any of these books yet? What books did you read in November?