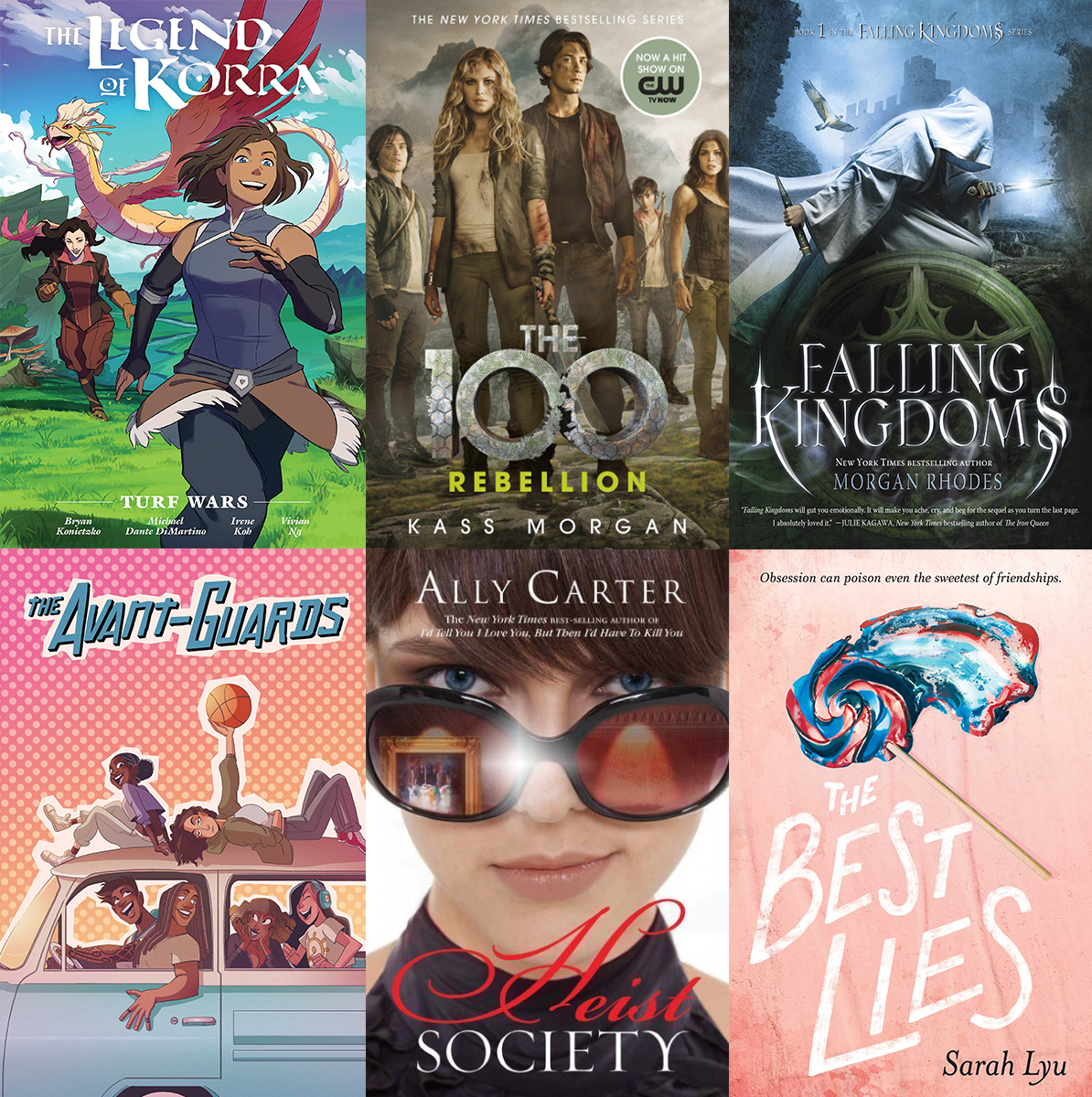 I love all of the Avatar The Last Airbender graphic novels so I was excited to finally read one centered on The Legend of Korra! Turf Wars begins right where season four ends, with Korra and Asami in the Spirit World and then follows the gang as they deal with the aftermath of the new spirit portal in Republic City. The art was gorgeous and I loved seeing a little bit more into the world. One thing I missed was the commentary in the margins that the ATLA graphic novels had.

I’ve been obsessed with the latest season of The 100 so I decided to finally pick up the conclusion to the book series while the show was on a two week break. If you don’t know already, the books and the show are vastly different. It’s been a few years since I’ve read the other three books, but I think the first book was basically the first episode of the show. The books weren’t my favorite but I did enjoy them especially for the Bellarke content. Like I said, it’s been years since I’ve read the books, but I think I can safely say Rebellion is my favorite of them. I liked that it was a pretty quick read, the cult aspect, and of course the Bellarke ending, although I wish there was a little more substance to it. I’m glad that I can now check this off as a completed series!

I decided to pick up Falling Kingdoms while I was on vacation as it’s been in my TBR for ages and I hadn’t read a good fantasy novel in a long time. While I enjoyed the different characters and their POVs, the pacing of the story itself was on the slower side and I wasn’t as invested in the story as I wanted to be. Also, I was expecting a lot more romance based on what I’ve heard from other people about the series but I guess that part comes into play in later novels. Time will tell if I decide to continue the series, but for now I’m going to put it on pause.

I’ve been slowly trying to branch out into other types of books and I am so glad I gave The Avant-Guards a chance. I absolutely loved everything about this graphic novel. I played basketball when I was in high school and had such close relationships with the girls on my team, so I really enjoyed watching Charlie find her place on the team. While the team is small (and not the best), I loved the representation and diversity seen within the players. Plus, the art is so colorful, vibrant, and fun! I can’t wait to see what happens next in Volume 2.

I’ve lost track of the amount of times I’ve read Heist Society as Ally Carter was my favorite author when I was in junior high and I was constantly rereading her books. I had the sudden urge to reread Heist Society again and after not being able to get into any other books, I gave in to the urge and reread it in one day. Even though I know all of the twists, this books is still so good. I loved being back in Kat’s world and surrounded by her crew of characters again. If you love heists and con artists, this is a must-read series!

Full of complicated characters, messy relationships, obsession, revenge, and of course many lies, The Best Lies is an intense psychological thriller you do not want to miss out on! Remy’s whole world just shattered. Her boyfriend is dead, and it’s because her best friend shot him. Told through alternating POVs, we see what’s going on in the present and in the past as Remy takes us through the timeline of her toxic friendship with Elise. The Best Lies is perfect for fans of L.E. Flynn’s Last Girl Lied To, and I look forward to seeing what Sarah Lyu has in store for us next! Read my full review here.