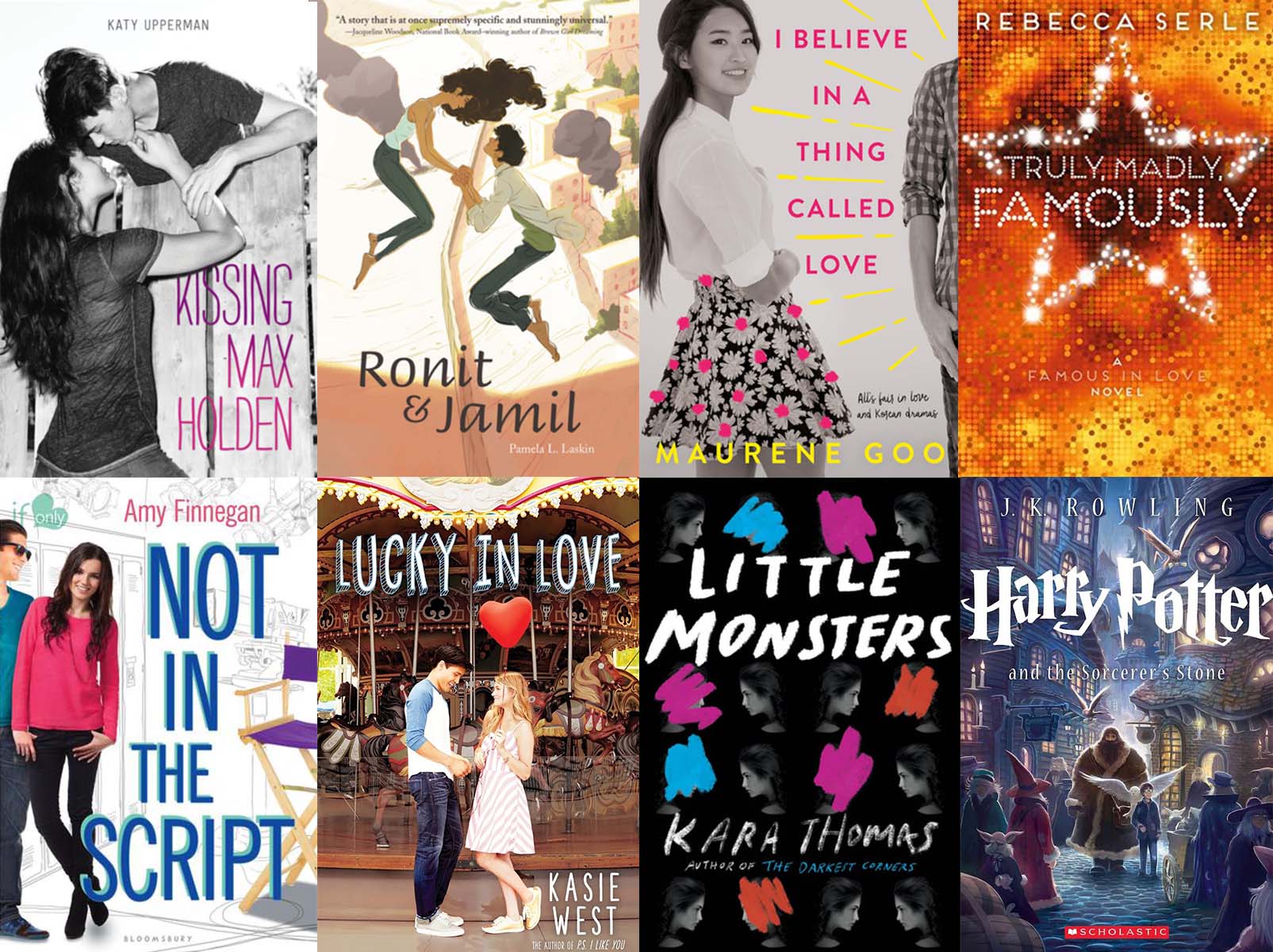 Kissing Max Holden is the perfect summer read and it will leave you swooning in delight! I could not put this book down and was able to easily read it in one sitting. It’s such an enjoyable read, and I fell in love with the story instantly. The writing style was addicting, and I could not get enough of Jill and Max’s story. Read my full review here!

I was really looking forward to reading Ronit & Jamil, but it ended up disappointing me. I mean look at that cover. It’s gorgeous, and I was really looking forward to a gorgeous story to match it. However, there just wasn’t all that much to Ronit & Jamil. This star-crossed lovers story is told through free verse poetry. Each “scene” is told by one of their perspectives and then the other one tells their side right after. Their perspectives were too similar and it was hard to tell who was speaking unless a word was obviously related to Israel or Palestine. Overall, I loved the idea of this book, but it fell flat in execution.

I Believe in a Thing Called Love is an absolutely adorable read! If you love k-dramas or rom-coms, it is a must read! I really loved all the k-drama rules Desi follows in order to win over Luca—all of the antics she gets up to are hilarious. There were so many parts were I was laughing and cringing from second-hand embarrassment. This was such an enjoyable read, so sweet and funny! Another excellent part was Desi’s father. I loved their father-daughter relationship and appreciated the importance of their Korean heritage in their household. I highly recommend this book for fans of Jenny Han’s To All the Boys I’ve Loved Before.

Truly, Madly, Famously is the sequel to Famous in Love. While Famous in Love captivated me with all of its glitz and glamour, Truly, Madly, Famously let me down with all its drama. I liked that Paige was living in LA and dealing with actually being famous now, but I wasn’t really a fan of all the boy love triangle drama. This might have been because I had watched the show beforehand and had fallen in love with Rainer, but something about the relationship with Jordan felt forced. *shrugs* Oh well. You can read my Book vs. TV Show comparison here!

After binging Famous in Love (both the show and books), I needed to read something similar to it. Enter Not in the Script. Not in the Script is a fun contemporary romance taking place on a tv show set between a now grown-up child star and a model. The characters were able pretty relatable, and I liked being in Emma and Jake’s heads. Overall, it was a light and cute read, perfect for summer!

Lucky in Love is Kasie West’s latest contemporary romance to hit shelves. Maddie and Seth’s romance is so sweet and I adored them together. However, Lucky in Love more than just a cute romance (even though it was), it’s about learning to trust yourself. Full review here.

Little Monsters is one psychological thriller that will keep you on the edge of your seat in anticipation. Since this is a thriller-type-mystery, I really do not want to spoil anything. The pacing of the novel is on the slower side, but I liked it this way because it really adds to intensity of Kacey trying to solve this mystery. There are no pop-out-to-scare-you moments—the most terrifying aspect is the darkness people are capable of acting upon. Little Monsters is a fantastic thriller that will have you gasping at the shocking final reveal. Full non-spoiler review here.

This is my first ever Harry Potter reread! I read the series pretty late compared to everyone else (my freshman year of high school after all the movies had been released) and have been wanting to read them again. I was lucky enough to have the chance to see Harry Potter and the Cursed Child live in London this summer and that was just the push I needed to jump-start my reread. I loved entering Harry’s world again and seeing the wizarding world from his fresh eyes.