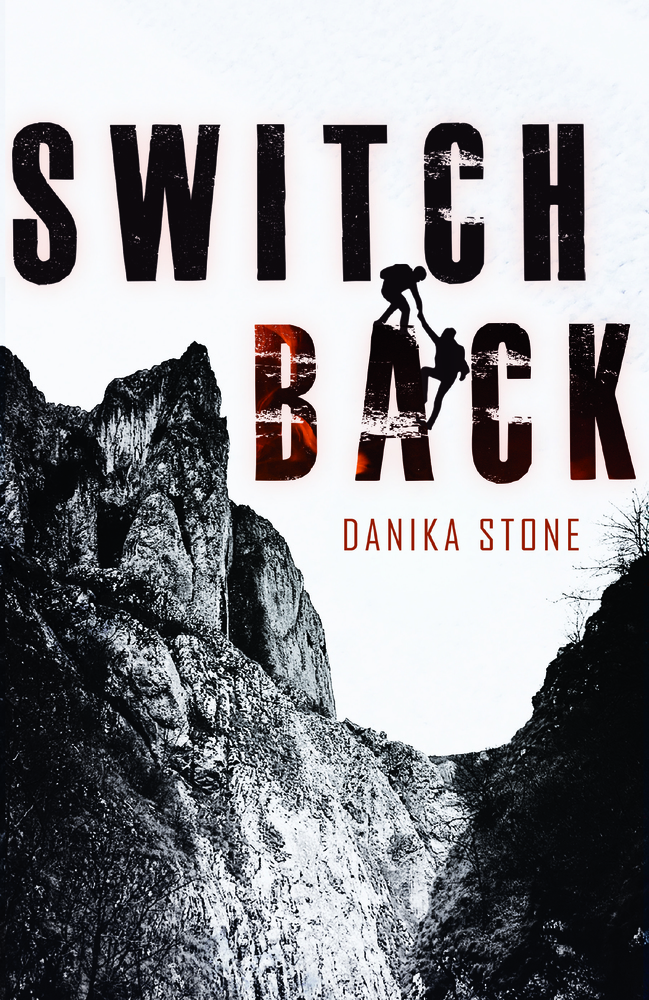 An epic YA adventure story about two friends lost in the Canadian wilderness from Danika Stone, the author of All the Feels.

Vale loves to hike, but kind of hates her classmates. Ash is okay with his classmates, but kind of hates the outdoors. So, needless to say they are both fairly certain that the overnight nature hike with their PE class is going to be a hellish experience. But when they get separated from the group during a storm, they have worse things to worry about than bullies and blisters.

Lost in the Canadian wilderness with limited supplies, caught in dangerous weather conditions, and surrounded by deadly wildlife, it’s going to take every bit of strength, skill, and luck they can muster to survive.

Praise for Danika Stone: “An enjoyable, fast-paced read.” — School Library Journal on Internet Famous“The book is a dream. I loved absolutely everything about it. … From the chapter headers to every mention of nerd culture, All the Feels is a blast!” —Seeking Book Boyfriends on All the Feels 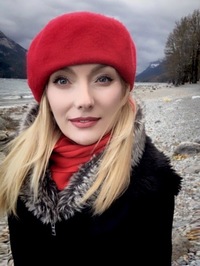 Danika Stone is an author, artist, and educator who discovered a passion for writing fiction while in the throes of her Masters thesis. A self-declared bibliophile, Danika now writes novels for both teens: INTERNET FAMOUS and ALL THE FEELS; and adults THE DARK DIVIDE and EDGE OF WILD. When not writing, Danika can be found hiking in the Rockies, planning grand adventures, and spending far too much time online. She lives with her husband, three sons, and a houseful of imaginary characters in a windy corner of Alberta, Canada.

The snowball fight near the top of the ridge stopped all progress. Ash lunged and dashed, evading Vale’s increasingly-accurate volleys. Gusty winds blew snow back toward him, blinding Ash as he danced out of her way. At the top of the ridge, a C-shaped cornice of snow hung—a frozen wave—blocking their way. Below it, the wet, slushy snow near the top made every foothold difficult, and now that they were out of the trees, there were no hand holds to catch himself when he fell.

Ash scooped up a handful of snow and lobbed it back over his shoulder at Vale. “Stay sharp, Shumway!”

She laughed as the snowball thudded into the snow at her feet. “Missed me! Better work on your aim.”

A snowball smacked Ash’s face, dusting his eyebrows white. Laughing, he clambered away for Vale, loping horizontally along the slope rather than going straight up.

“Wait for me!” Vale called.

He glanced back over his shoulder. She had fallen behind him in the last few seconds. They were separated by twenty feet or more, a line of footsteps linking the two of them like a chain. Ash’s feet slowed. “All right, but—” A snowball smacked him in the leg. “Oh, you sneaky bastard!”

Another snowball followed the first and Ash pushed himself into a half-jog, whooping and laughing. “I’m outta here.”

“There are no rules in a—” A white projectile appeared in his peripheral vision and he dodged it last second. “—snowball fight!” He picked up another handful, tossing it back. “Cheater!”

Ash took a few steps up the snowy drift, slid, and fell. Another snowball hit his shoulder. Laughing, he lobbed one back in return. The snow was up to his knees now, growing deeper with each step. The drift over the rock was a treacherous combination. He got four steps, then slipped again, jarring his knees as he went down. He tried again and again. Each time he fell, he caught himself, until his hands were numbed from the cold.

Ash glanced back to discover Vale was nearly at his side. “Liar!” He laughed. Another ball hit him in the back, spraying up his neck. “You’re fricking lethal, Vale!” He palmed a handful of snow and threw it in a high arc that swung up for a long moment, then came down on her head.

Hoots followed his words. “Oh I’m gonna get you for that!” Vale grabbed a handful of compacted snow and pulled one leg back, aimed, and released.

With a shriek, Ash jumped to avoid the snowball. His feet hit a crust of snow—causing the surface to shift—at the same time as his voice boomed outward. “NO!” The sound echoed up the slope like a drum, only it didn’t fade away. It grew louder.

Both Ash and Vale turned in shock as above them, a slab of snow the size of a car cracked away from the overhang and began to slide towards them.

They were on an open slope. There were no trees. The snow slide was almost entirely above them. A single thought shot through Ash’s mind.

We’re going to die when that hits us.