The Ballad of Amie Miles released this week and I’m so excited to host debut author Kristy Dallas Alley on the blog today in celebration!

Let’s start off with a quick teaser about your book—describe The Ballad of Ami Milesin five words:

The Ballad of Ami Miles is your debut novel. What inspired Ami’s story?

Initially it was an abandoned trailer dealership by the side of the highway that I would pass every year going to the beach. I thought it would make a great setting for a post-apocalyptic novel. But it wasn’t until Ami’s character and voice took shape in my mind that I really had a story. And some of the themes in the book, like Ami’s religious upbringing and her struggle to define and reclaim herself in relation to that, are more extreme versions of my own experience.

My writing process involves a lot of stewing. I thought about this story and who Ami was for literal years, and it wasn’t until her voice was crystal clear in my mind that I really started writing. And then I hit a block and let it sit for two more years. But once I actually decide I’m ready, I pretty much just hammer it out. I can’t listen to anything with lyrics while I write. My mind really snags on words – I can’t ignore them or tune them out. Sometimes I like to write in silence, but other times, like if I’m bogging down and need to make myself just move the story forward and not overthink it, I like to have activity around me.

What song would you choose as a theme song for The Ballad of Ami Miles?

Music actually plays an important role in the book, as it should with the word “ballad” in the title. There’s an old folk song called Little Sparrow that is sung by another character in the book, and I know it because my own favorite novel, Lee Smith’s Fair and Tender Ladies takes its title from the lyrics. And that novel was definitely an inspiration to me in writing this one, although they are very different stories, so maybe I’d choose that song.

Which YA books would you recommend to a reader who loves The Ballad of Ami Miles and is looking for something similar?

That’s a tough question and I have really struggled with comparable titles in my efforts to describe my book. Even though it is technically dystopian, it reads like a coming of age story and Ami is a softer girl than a lot of dystopian heroines. And even though it takes place in the future, it feels like the past because the world has reverted to a pretty primitive state. I recently read Fable by Adrienne Young and felt like the protagonist and her voice reminded me of Ami, and I hoped that my readers would fall in love with her the way I fell for Fable. Vicky Skinner’s We Are the Ghosts is contemporary fiction, but it’s also a voice-driven journey of self discovery that I loved. And Carol Rifka Brunt’s Tell the Wolves I’m Home is one of the most moving first-person narratives about family secrets and heartbreak that I have ever read.

What’s up next? Can you share anything about what you are currently writing?

I think that like a lot of people right now, I am having a hard time focusing on my writing. And there’s that thing I mentioned about the stewing over an idea for a long time, although I’m trying to work on that and move more of that process to the page. I have an idea about close female friendships and the ways they sometimes defy clear labels and boundaries. I can’t really say too much more about that yet, though. 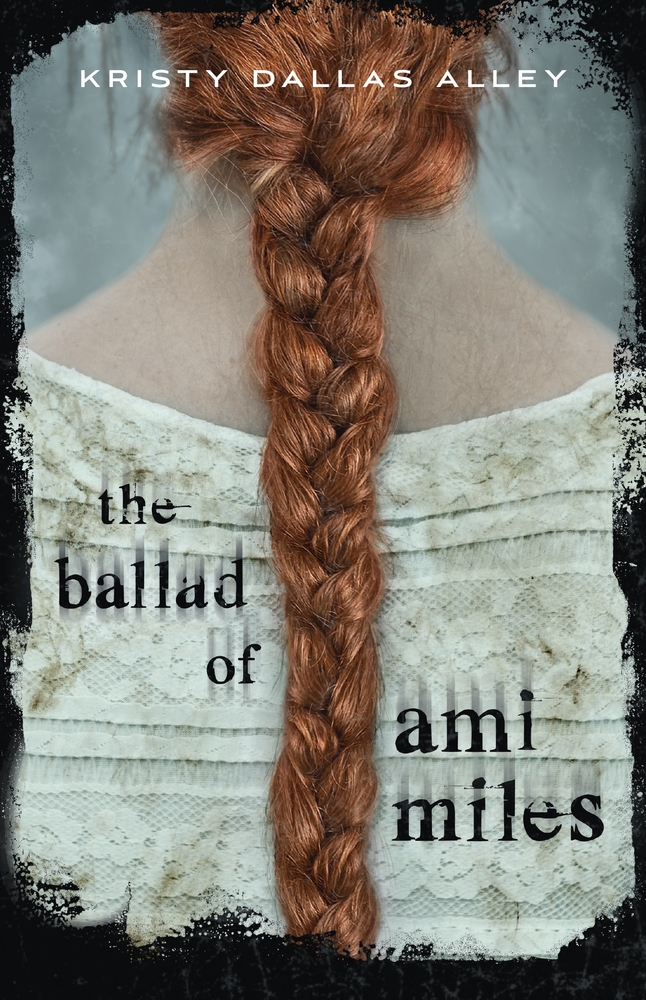 A teen girl on a quest to find her long-lost mother finds herself on a journey of self-discovery in Kristy Dallas Alley’s moving YA debut, The Ballad of Ami Miles.Raised in isolation at Heavenly Shepherd, her family’s trailer-dealership-turned-survival compound, Ami Miles knows that she was lucky to be born into a place of safety after the old world ended and the chaos began. But when her grandfather brings home a cold-eyed stranger, she realizes that her “destiny” as one of the few females capable of still bearing children isn’t something she’s ready to face.With the help of one of her aunts, she flees the only life she’s ever known and sets off on a quest to find her long-lost mother (and hopefully a mate of her own choosing). But as she journeys, Ami discovers many new things about the world…and about herself.

Kristy Dallas Alley is a high school librarian in Memphis, Tennessee, where she lives with her husband, four kids, three cats, and an indeterminate number of fish. She studied creative writing at Rhodes College in another lifetime and holds a Master of Science in Instruction and Curriculum Leadership from the University of Memphis. In an ideal world, she would do nothing but sit on a beach and read every single day of her life, but in reality she’s pretty happy reading on her front porch, neglecting the gardens she enthusiastically plants each spring, and cooking huge meals regardless of the number of people around to eat them. The Ballad of Ami Miles is her debut novel.