I interviewed Dee Garretson last year for the release of her novel, All is Fair, (read it here) and I am excited to have had the chance to interview her again for her latest novel, Gone by Nightfall! Read on to learn more about the research involved for Gone By Nightfall!

What was your inspiration for Gone by Nightfall?

I went through a phase of being obsessed with the story of Anastasia, the youngest Romanov daughter, and while I didn’t want to write about her, I did want to write about the time period. So much change and upheaval led to all sorts of story possibilities.

What kind of research was involved for this story?

I have a five step process. First, I read some overview histories of the time period and then I move to reading memoirs of people who lived during that time. Once I narrow down the story, I focus my reading and research on the events directly affecting the story, and sometimes that can redirect the plot a little.  After that while I’m actually writing, I love to research the little details that make the story seem real, like what people would have in their houses, what they ate, how they dressed, all those things that make historical fiction come alive. During the writing, I also look at images that help me imagine the settings, either from photographs, drawings, paintings, or even old postcards. Thank goodness for the internet for this stage! All of it is fun though, like a treasure hunt where you aren’t quite sure what you are looking for.

Gone by Nightfall and your last novel, All is Fair, are both set around the same year. Why did you choose that time period?

World War I affected so many lives and was so complicated that I wanted to explore the idea of stories of two different young women, separated by two years in age, and in two different places. Given the differences in their backgrounds and where they lived, they had different choices to make but both were affected by views and expectations of the role of women at the time. As far as the research went, I thought I wouldn’t have quite as much to do since it was basically the same time period, but I learned I had to do just as much as if I’d set them in very different years. Not that I minded-I love the research part of it.

What should a reader know about the Russian Revolution as they dive into Gone by Nightfall?

Like so many revolutions, the actual start of it just sort of happened without someone planning it out in advance. I’ve always wondered why more people waited so long to leave the country, and then when I started researching it, I realized people clung to the idea that everything would settle down and go back to some sort of normal. They didn’t want to upend their lives and they didn’t realize how quickly things could change.

Also, World War I had been raging for two years before the revolution and the Russians were desperately fighting to keep the Germans from overtaking their country. People often either don’t know or have forgotten that history, and how the war had worn people down, setting up the conditions that triggered the revolution.

Why do you write historical fiction?

I love history, especially the history of ordinary people caught in extraordinary times. It’s an exciting challenge for me to create a world that no longer exists and to bring readers into that world.

I’m fascinated by the idea of how people lived in the past. People had the same wants and desires and fears as we do now, but how they were brought up, their surroundings and the current culture at the time affected their decisions and actions.

What other historical fiction YA novels do you recommend?

The most recent ones I’ve read and loved are A NORTHERN LIGHT by Jennifer Donnelly and VENGEANCE ROAD by Erin Bowman. And though SHERWOOD by Meagan Spooner is historical fantasy since it’s inspired by the Robin Hood legend, I really enjoyed that book too and don’t think it’s too much of a stretch to put it with historical fiction. 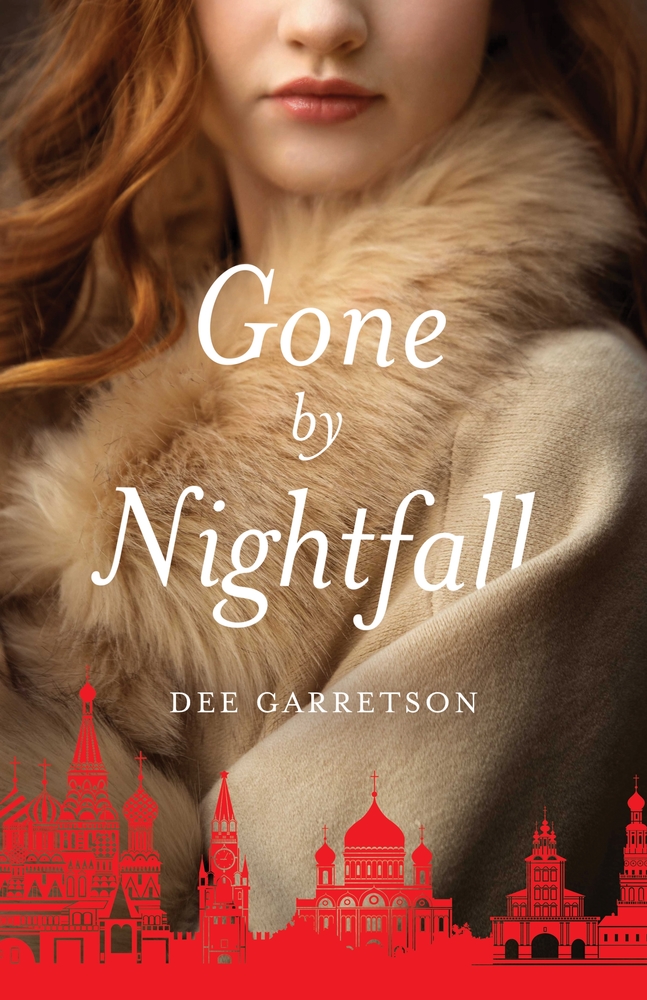 A young woman is torn between her home and her dreams during the Russian Revolution.

It’s 1916, and Charlotte Mason is determined to make a life for herself in czarist Russia. When her mother dies, Charlotte is forced to put her plans to go to medical school aside to care for her unruly siblings. Then a handsome new tutor arrives. Charlotte has high hopes that he’ll stay, freeing her up to follow her dreams of becoming a doctor. But there’s more to Dmitri that meets the eye.

Just when she thinks she can get her life back, Russia descends into revolution and chaos. Now, not only does Charlotte need to leave Russia, she needs to get her siblings out too–and fast.

Can Charlotte flee Russia, keep her siblings safe, and uncover Dmitri’s many secrets before she runs out of time?

Dee Garretson spent her childhood helping her father build his offbeat inventions and playing adventure games in the woods. After working as a landscape designer and teaching landscape horticulture classes for several years, Dee returned to writing. Her debut novel, Wildfire Run, has been praised for its suspense and its hero, Luke, who “with his companions, displays generous measures of courage and ingenuity in rising to the occasion” (ALA Booklist). She lives with her family in Cincinnati, Ohio.