Review: Meet Me in Outer Space 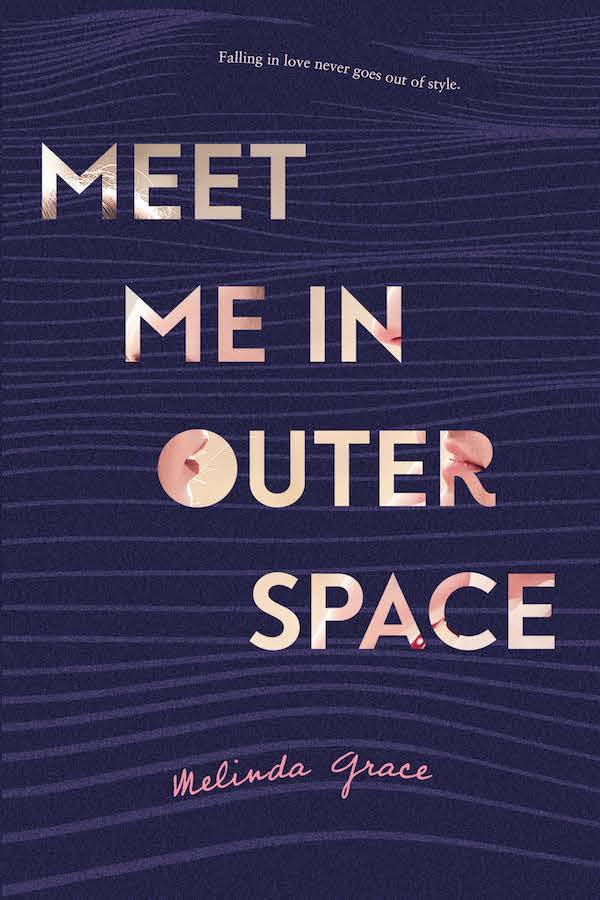 Smart and unflinching, this #OwnVoices debut contemporary novel stars an ambitious college student who refuses to be defined by her central auditory processing disorder.

And for three semesters of college, her hard work and perseverance have carried her through. Edie thinks she has her disability under control until she meets her match with a French 102 course and a professor unwilling to help her out.

Edie finds herself caught between getting the help she needs and convincing her professor that she isn’t looking for an easy out. Luckily for Edie, she has an amazing best friend, Serena, who is willing to stitch together a plan to ensure Edie’s success. And then there’s Hudson, the badly dressed but undoubtedly adorable TA in her French class who finds himself pulled into her orbit…

Chosen by readers like you for Macmillan’s young adult imprint Swoon Reads, Meet Me in Outer Space is a sweet, heartachingly real story of love and college life by debut author Melinda Grace.

I’m always on the lookout for more YA books set in college, and I was especially excited to read Meet Me in Outer Space for its disability rep!

Even though Edie has a central auditory processing disorder, she’s been able to get through three semesters of college just fine without any assistance. However, French 102 has proven to be too difficult for her to try to work through on her own so she goes to her professor…who is completely unhelpful. Luckily there’s the TA Hudson, who volunteers to tutor her and makes it his personal mission for her to pass the class.

One of the reasons why I was so excited to see disability rep in a college setting is because I needed to use the disability services my last semester of college. I should have started sooner, but I did not realize that I qualified for it until I was starting my last semester and one of my professors phrased the mandatory syllabus spiel differently (it just goes to show you it is never too late to ask for assistance). Anyway my college and professors were very accommodating, so it was very strange seeing Edie run into such an unhelpful professor and academic advisor. I honestly don’t know if other schools are actually like this and my school is just an outlier, but I definitely thought that the disability office needed to contact the professor and straighten him out. The professor did seem to change his tune a little bit towards the end, but still, he should have been accommodating from the start.

Now that I got that off my chest, let’s move on to the rest of the story. I loved how dedicated Edie is to her future career in fashion merchandizing. I knew before I even entered my first semester what career I wanted to pursue and what I would major in to get there, so I was really able to relate to Edie and her passion. We actually had scenes were she was sketching and sewing clothing and it was so awesome seeing her in action instead of just being told that she wanted to do that. Her dedication is also seen in her stylish outfits and goal of studying abroad in Paris!

As for the other characters, Edie’s best friend/roommate Serena was such a fun, supportive addition. It was great that they had such a close relationship, but it would have been a little more realistic if they had some sort of roommate squabble as that it a genuine part of the college rooming experience. The rest of their friend group seemed fun too, but they quickly disappeared by the middle of the book. One of her friends (Cody) is also interested in her romantically, but it’s mentioned in the beginning and they never have a conversation until it’s brought up at the end of the book. Edie’s romance with Hudson was super sweet. Even though he kind of messes up at the start, he always had her best interest at heart and is super supportive of passing French 102 and later of her dreams to study abroad in Paris.

Overall, Meet Me in Outer Space is a super sweet and fast-paced read with invaluable disability representation in a college setting.