Play Review: A Magical Night with the Return of Harry Potter 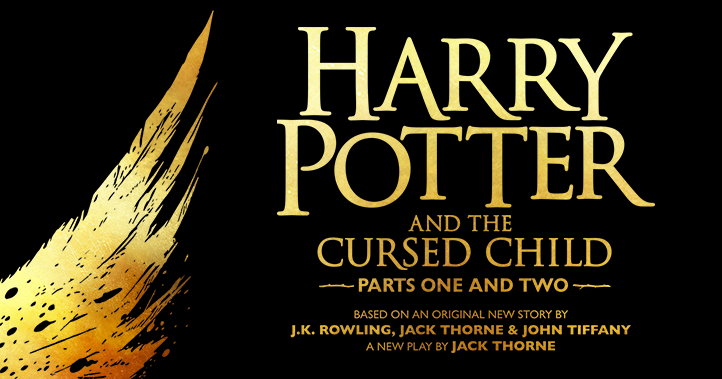 Over the summer, I had the amazing opportunity of seeing both parts of Harry Potter and the Cursed Child in London for a summer theatre program through my college. As a part of the program, we wrote several play reviews and I wrote one of mine on Harry Potter. Today, I thought I would share that review with all of you! I avoid major spoilers within the review, but this is your warning now if you do not want any spoilers whatsoever. #KeepTheSecrets

Harry Potter and the Cursed Child, written by Jack Thorne with original story input from J.K. Rowling, is the much-anticipated sequel to the beloved Harry Potter series. Director John Tiffany stages this new play at the Palace Theatre in London, which premiered there last summer. A year later now, Harry Potter and the Cursed Child’s original cast has been replaced by a whole new set of actors, who continue to make this play a magical experience worth seeing.

Dubbed as “the eighth story, nineteen years later,” Harry Potter and the Cursed Child begins right where Harry Potter and the Deathly Hallows’s epilogue concludes: Harry Potter dropping his son Albus Severus at Platform 9¾ for his first year at Hogwarts School of Witchcraft and Wizardry, and Albus confiding to his dad his worries about being sorted into Slytherin. Told in two parts, Cursed Child unfolds the complicated relationship between Harry (Jamie Glover) and Albus (Theo Ancient) as well as dealing with a rift in the Wizarding World as rumors fly about Lord Voldemort possibly having had a child and what this means for the present and future.

The central storyline of the play, Glover and Ancient skillfully unpack their estranged father-son relationship on stage. Ancient portrays the frustrations Albus has as he struggles with the weight of being Harry Potter’s son and appearing as a disappointment to the rest of the Wizarding World. Glover shows the toll that the stressors Harry is facing takes on him as he tries his best to connect with his son (but failing to do so) and confront issues from his past as the return of Voldemort seems impossibly imminent. The taxing emotional toll comes off clearly as they portray the ups and downs of Harry and Albus’s relationship. As the story progresses, the dynamic between Glover and Ancient shines as their emotional struggles ring real and true.

By Albus’s side through thick and thin, Samuel Blenkin as Scorpius Malfoy is the best friend Albus could ever ask or hope for. Blenkin succeeds at portraying Scorpius’s geeky nature, which adds a layer of comedy to the production. He embodies the awkwardness so well that the audience can’t help but fall in love with this intelligent but goofy kid. Establishing an unlikely friendship, Ancient and Blenkin pull off the companionship Albus and Scorpius both desperately seek and need. The loyalty and honesty they have for each other shows just how real their friendship is and how much love they have for each other.

The most awe-inspiring aspect of this production is, by far, the special effects, which truly make Cursed Child a magical experience. Jamie Harrison, director of illusions and magic, leaves the crowd in awe with the illusions he creates on stage. From objects floating in the air with no strings attached to characters disappearing off stage without a trace, the stage effects are an impressive feat to pull off night after night in front of a live audience. The addition of Neil Austin’s lighting helps draw attention to different spots of the stage while also helping divert attention away from where the illusions are being manufactured. One of the most remarkable lighting features is how the whole stage seems to warp as the characters travel back and forth in time while using the timeturner. Even more exceptional is how the whole stage (and later even the auditorium) is used to pull off these effects. Dementors fly over the audience, words cover the walls of the auditorium when black light shines over them, characters shoot out of fireplaces, and Albus and Scorpius swim to the rafters of the stage and then appear seconds later from the floor in a pool of water. The actors’ movements on stage also contribute to this magic-like setting. From the opening almost dance-like sequence with luggage to the magical duels of fire shooting out to the revolving staircases in Hogwarts, Steven Hoggett choreographs every movement on stage smoothly. All of these extraordinary stage effects combined together will leave the audience gasping in delight and wondering if magic really does exist.

Fans of all ages will love this reentrance into the magical world of Harry Potter. The main cast of characters from the original series, as well as many other beloved and even a few hated characters, all make an appearance, providing nostalgia for the old series. The additional new characters and storyline continue the Wizarding World fans have come to love, and the special effects that staging a play live entail will leave the audience in awe and shock. Overall, Harry Potter and the Cursed Child is a play not to be missed by new and old fans alike.