Interview + Giveaway: A Soldier and A Liar

A Soldier and A Liar released earlier this week and I’m celebrating with an interview with debt author Caitlin Lochner!

Tell us a little bit about A Soldier and a Liar. What inspired this story?

I got the initial idea for this story around when superhero movies were getting big. I don’t know if it was necessarily one movie that did it (or if it was, I can’t remember which one), but I watched a lot of them and one day thought, “Huh. I really want to write a book with superpowers. But instead of all the characters being really good people, what if they were all a little warped somehow because of these powers? What if there’s no clear answer to whether they’re necessarily ‘good’ or ‘bad?’” Not all of my characters ended up being that morally gray (there’s one in particular who’s just got a heart of gold and wears it on his sleeve), but it was fun to experiment with in the initial drafting stages. I was also rereading Hamlet around that time and fell in love with the deceptive, cunning aspect of Hamlet’s character. It made me want to write about someone crafty. And thus, my main character Lai Cathwell was born.

In the world of A Soldier and a Liar, the Nytes are supernaturally gifted. If you could have any superpower, what would it be?

Oh, absolutely shapeshifting into any animal! How fun and convenient would that be? I’d never walk anywhere as a human again. Flying as a bird or running as a cheetah for me, anywhere I’d go. Plus, I could finally be that fly on the wall for anything I wanted to eavesdrop in on. I mean…I wouldn’t do that. Not me. Absolutely not. Never.

Lai, Jay, Al, and Erik are teamed up together to stop the rebels. Which character do you relate to the most? Is there a specific trait that one of your characters has that you wish you had?

This is a hard one! I see a bit of myself in all of them. Erik’s asexuality as well as his love of architecture and building things comes from me (although he does it A LOT better than I ever could). Jay’s sensitivity, occasional worrying, and sometimes over-awareness is definitely a trait of mine. Lai’s thing about “It’s not a lie if I just omit certain parts of the truth” is a bad tendency of mine. And Al’s stubbornness and occasional impulsiveness is deeefinitely something I relate to. I definitely wish I had Lai or Al’s confidence, though.

When I worked full-time, I wrote pretty much only at night (and often in cafes and family restaurants). But now that my schedule is less consistent, I write whenever is most convenient depending on the day (but often still in cafes, when money allows). I love to drink coffee while I write and/or edit, but other drinks will work, too. I guess.

And probably most importantly, I listen to one song on repeat. This really helps me focus and get into the mood of the story. I used to listen to playlists, but then I’d get distracted by the changing songs or I’d take myself out of the zone to skip certain songs. Listening to just one eliminates all that. Plus, if I listen to that song only when I’m writing, then as soon as it starts playing I shift into writing mode (fun fact: “Brother” by Kodaline was the one song I listened to the most for the later drafts of A Soldier and a Liar). I can’t listen to music while I do close edits, though—ideally there’ll be total silence for that stage. I’m easily distracted, and I find I need more focus when I’m revising than when I’m creating something totally new.

How long did it take to draft A Soldier and a Liar?

Oof, the timeline for A Soldier and a Liar is so messy. I wrote the very first (very awful) draft of it back in 2011 for that year’s NaNoWriMo. But it had a lot of problems. Like, a lot of problems. I tabled it and wrote another book in the meantime. But something just kept drawing me back to that terrible, terrible book. So I took the characters and a very few other elements I loved about it, scrapped all the rest, and wrote an entirely new, better (but still bad) draft. And then proceeded to spend the next several years editing, cutting, rewriting, editing some more, and rewriting some more, until eventually I had something I considered good.

In early 2016, I got an offer on my book from Swoon Reads, and we proceeded to do even more much-needed editing. A lot of editing. Did I mention I rewrote the ending four times before I was finally able to hit upon the perfect one? Because that definitely happened. But now, two years since I sold it, it’s finally about to be released into the wild! So, all in all, a little over seven years went into it from the time I first started writing it to the time it’ll hit shelves.

What’s up next? Is there a sequel in the works?

There is in fact a sequel in the works! I can’t say anything definitively right now, but in an ideal world, this series would be a duology. There was just so much that I wanted to do that wouldn’t fit in only one book. In the sequel, we see some loose ends from the first book get tied up, meet some fun new characters, and get even more complicated elements introduced to the mix. In many ways, I love the sequel almost more than the first book, so I really hope the stars align and that I can say more about this book soon! 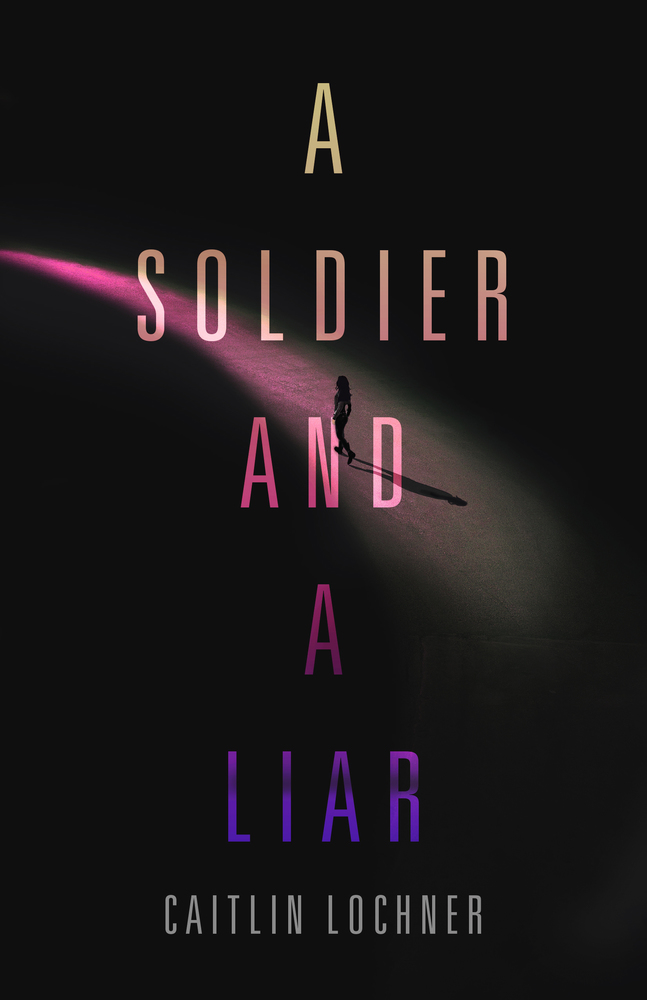 In a world on the brink of war, four superpowered teens must learn to work together for peace in Caitlin Lochner’s action-packed debut novel, A Soldier and A Liar.

Lai Cathwell is good at keeping secrets. As a Nyte, a supernaturally gifted teenager who is feared and shunned by the ungifted, this skill is essential to survival. Orchestrating her own imprisonment to escape military duty has only honed her ability to deceive others. But when rebels start attacking the city, Lai is dragged back into the fight with a new team of Nytes.

Thrown together with Jay, a self-conscious perfectionist consumed by the desire to be accepted; Al, a short-tempered fighter lying for the sake of revenge; and Erik, an amnesiac hell-bent on finding his memories and his place in the world, Lai realizes she’s facing an entirely different kind of challenge–one that might just be impossible. But if this team can’t learn to work together, the entire sector will be plunged into war. 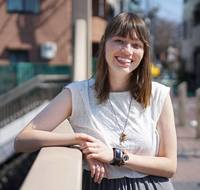 (Um, so, wow bios are hard.) I studied creative writing at the University of South Florida and used my BA in words to become an English teaching assistant in Tokyo. I’m in love with storytelling of any kind, but especially in the form of books, manga, and video games. If you ever want to talk nerdy, I am VERY down.