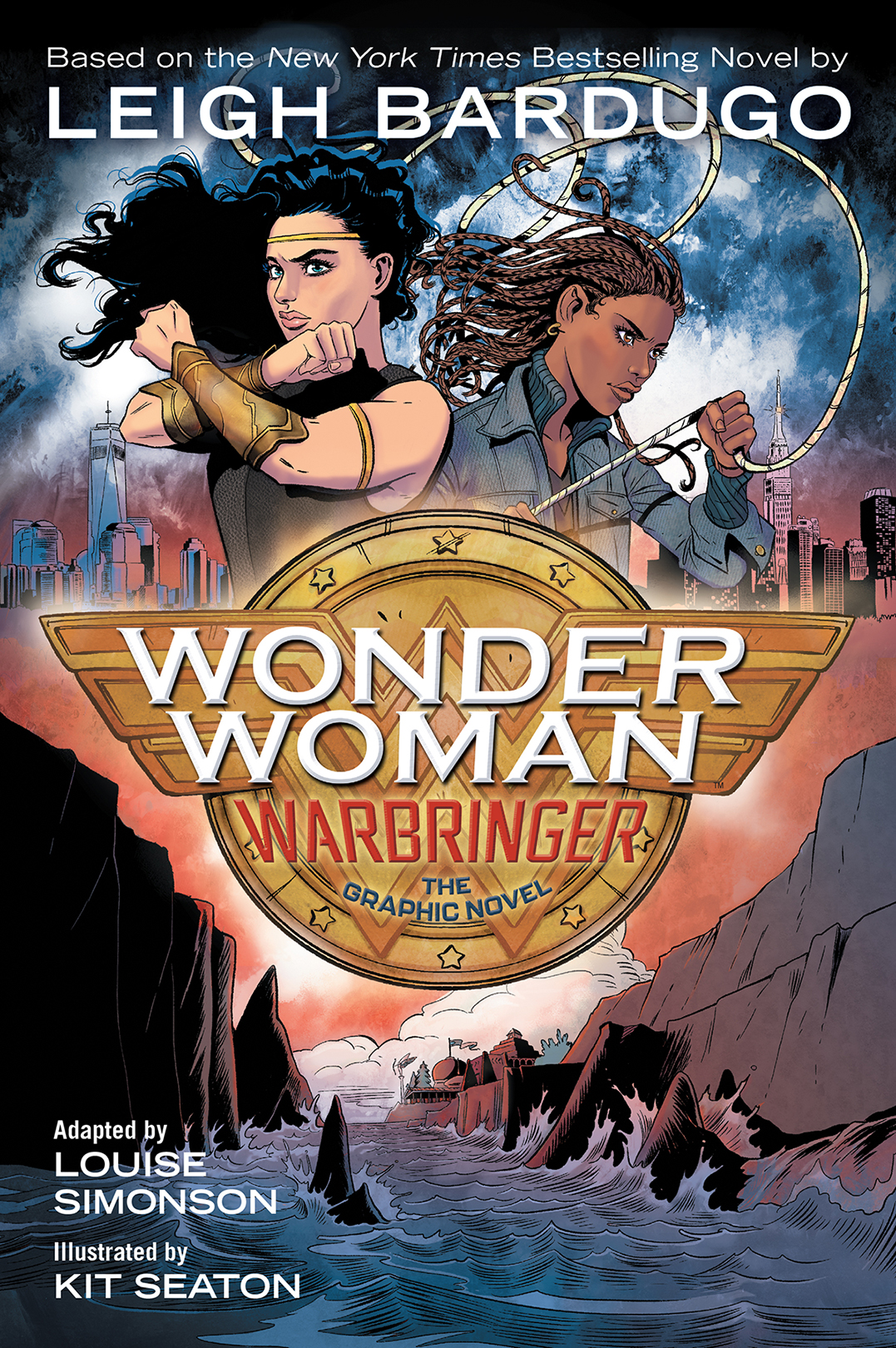 She will become one of the world’s greatest heroes: WONDER WOMAN. But first she is Diana, Princess of the Amazons. And her fight is just beginning. Based on the New York Timesbestselling novel by Leigh Bardugo, this graphic novel adaptation brings to life Diana’s first adventure beyond the hidden shores of Themyscira.

Diana longs to prove herself to her legendary warrior sisters. But when the opportunity finally comes, she throws away her chance at glory and breaks Amazon law—risking exile—to save a mere mortal. Even worse, Alia Keralis is no ordinary girl and with this single brave act, Diana may have doomed the world.

Alia just wanted to escape her overprotective brother with a semester at sea. She doesn’t know she is being hunted. When a bomb detonates aboard her ship, Alia is rescued by a mysterious girl of extraordinary strength and forced to confront a horrible truth: Alia is a Warbringer—a direct descendant of the infamous Helen of Troy, fated to bring about an age of bloodshed and misery.

Together, Diana and Alia will face an army of enemies—mortal and divine—determined to either destroy or possess the Warbringer. If they have any hope of saving both their worlds, they will have to stand side by side against the tide of war.

The Wonder Woman: Warbringer graphic novel is the adaptation of Leigh Bardugo’s DC Icons novel. I haven’t read the novel yet, but this appears to be an excellent adaptation.

In Wonder Woman: Warbringer, Diana wants to prove herself to the rest of the Amazons on Themyscira. She’s about to do that in an important race, but then Diana witnesses a ship exploding and rushes to save the human onboard. What she doesn’t know is that in saving Alia, she has brought a Warbringer to the island. To save both her home and Alia, Diana must leave Themyscira and bring Alia to a special spring to end the Warbringer line. 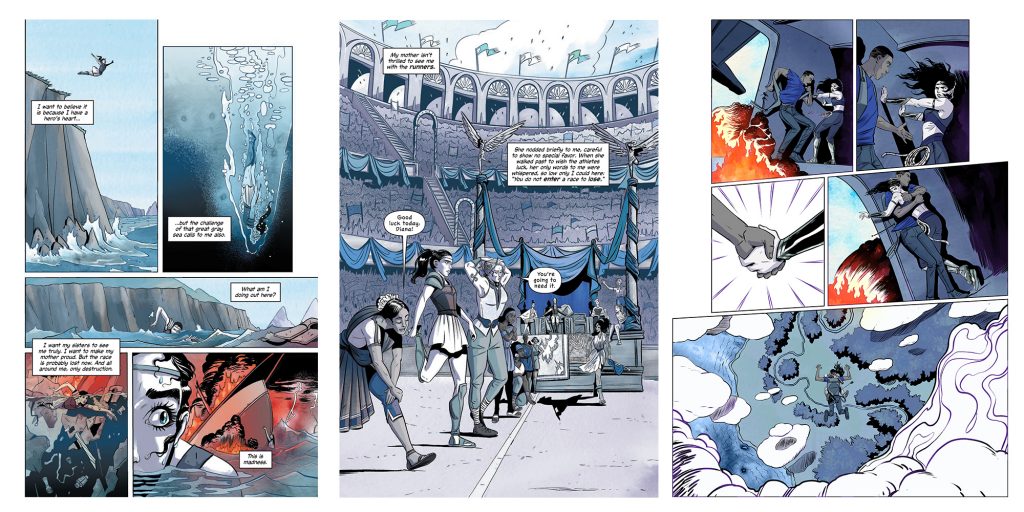 Wonder Woman: Warbringer is an action-packed story. I loved seeing Diana’s first adventure away from Themyscira and the friendship she starts up with Alia. The art itself is beautiful. The darker color tones age up the story for the YA audience and the pop of bright, bold colors add to the action. There was a mix of different types of panels that kept the story moving quickly.

Overall, fans of the DC Icon series will want to check out this adaptation! And if you’re like me and haven’t read the book, the graphic novel is a great way to experience the story. 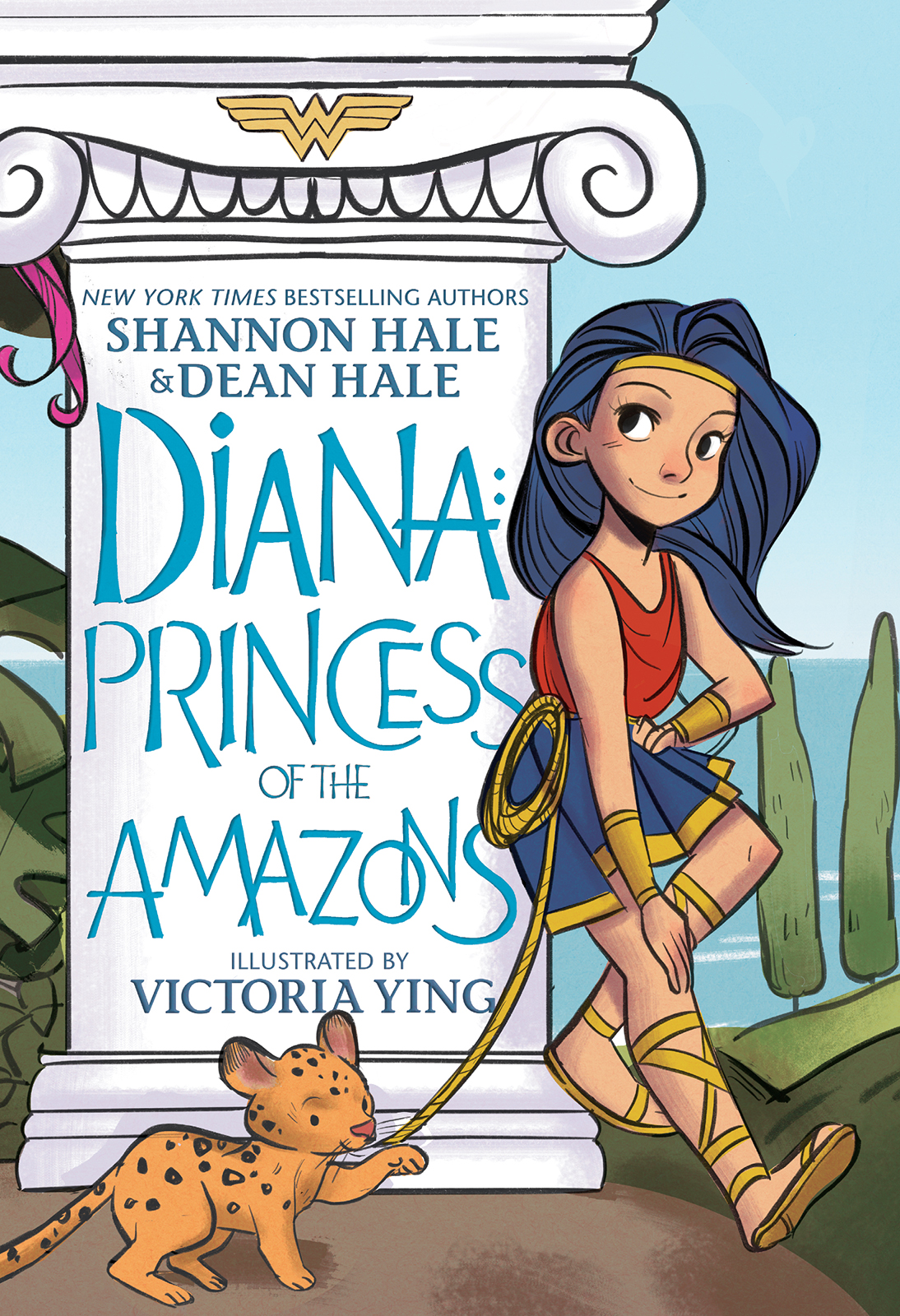 From New York Times bestselling authors Shannon Hale and Dean Hale comes a story about making mistakes, learning the hard way, and growing up to become a hero.

Eleven-year-old Diana has an almost perfect life on the island of Themyscira. But even though she has a loving mother and many “aunties,” she is an only child. The only child on the entire island, in fact. Every other person on the island is an adult who’s the best in their trade and mighty in body, while Diana is small, sometimes clumsy, and not particularly good at anything. She’s not Wonder Woman…yet.

What Diana needs is someone her own age whom to talk to. Taking matters into her own hands, she creates a playmate out of clay. It’s all fun and games for a while, until things get out of control and Diana has to decide whether she’s made a new friend…or a monster!

Diana: Princess of the Amazons is a cute middle grade graphic novel. This story of course focuses on Diana as she’s growing up as the only child around all of the Amazons. She’s lonely since there’s no one her age and she misses her mother’s attention. She finally gains a friend when she brings a girl to life out of clay. It’s not all fun games and adventures, though, as soon this new friend starts getting her into mischief and trouble. 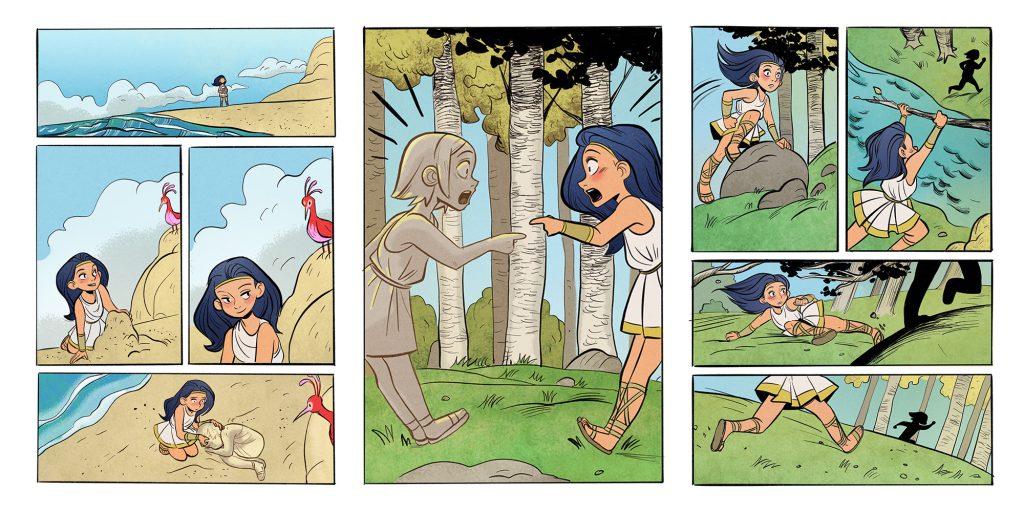 This story would be great for tweens struggling with loneliness and pure pressure. Being in middle school is hard and students will be able to relate to Diana’s feelings of being friendless. And once she gets a friend, there’s a good lesson in the story about being pressured into doing something wrong but then deciding to do the right thing—even if it means going against what your friend wants. The artwork is very colorful and fun. The bright colors definitely help establish the tone for a younger audience and the drawings themself are very cute.

Overall, Diana: Princess of the Amazons is a fun graphic novel with a good lesson for middle graders!