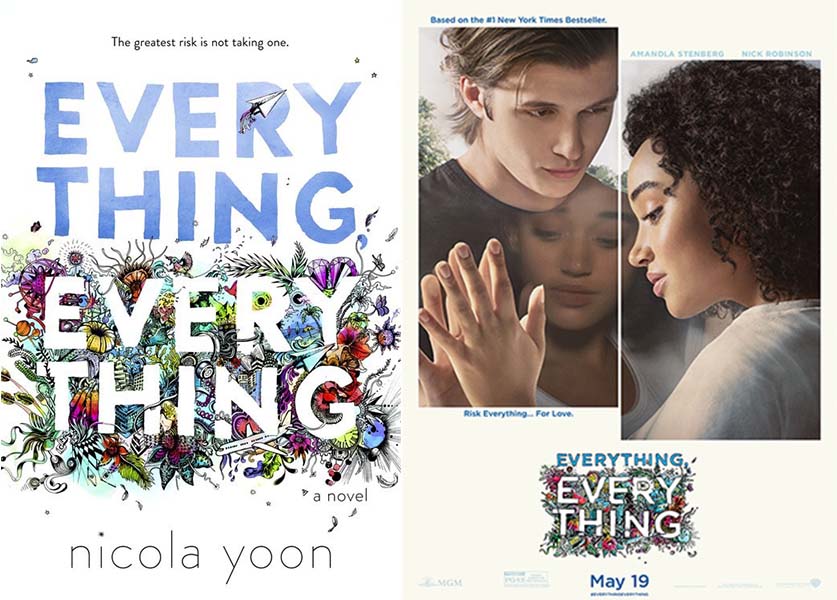 I was particularly excited for Everything, Everything to release because this is the first movie adapted from a book that I was able to read and review in advanced (that review can be read here)!

My favorite aspect of the book is how it’s told through diary entries, emails, medical charts, lists, and book reviews. These illustrations are such a charming edition to the story, but I wasn’t sure how they would translate over to film. For this reason, I was wary of the movie.

However, I thought the various illustrations translated well. It would be boring to watch Maddy and Olly constantly communicating through iMessage, so the first couple messages would pop up on screen. The rest of the conversation would then transfer over to taking place in one of Maddy’s architectural models (with the astronaut included). This was a neat way to add more action to the scenes as well as incorporate a small part of the book that could have been easily glossed over.

This difference stood out the most between the Everthying, Everything book and movie. One minor difference is that in the movie Olly isn’t into Parkour. Another is that Carla’s daughter is Maddy’s friend (whereas she really isn’t in the book). Overall, the movie is a pretty faithful adaptation of the book!