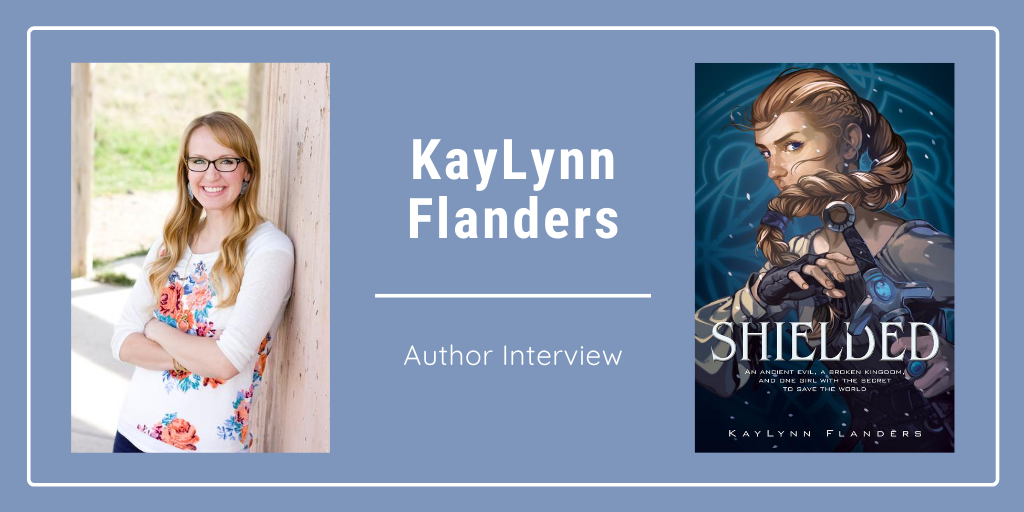 Shielded, the first book in a new YA fantasy duology, is here! I’m excited to celebrate its release with an interview with debut author KayLynn Flanders!

Let’s starts with finding more out about your debut novel. What inspired Shielded?

Shielded started from a dream, which feels a little cliché, but the dream was really different from what the book turned into—there were neon yellow tanks in the dream, for example. But the emotions for the big moment in the dream stayed. I won’t share spoilers, but there were people in danger, and I woke up before they were safe. My mind couldn’t rest after that cliffhanger of a dream, so I came up with a way for them to stay safe: magic. And even though I fell back asleep eventually, the characters stayed with me. I let that idea grow over a few months, asking questions about who the characters were, why they were in danger, and how they got out of danger, and eventually, it all became Shielded.

Shielded introduces us to a new fantasy world. What was your world-building process?

It started by asking a lot of questions. I had a general idea of a main character and some antagonists and key plot points, but the world’s basic structure grew around them as I asked why, how, when, etc. Then, as my characters traveled through the world, I brought it to life by bringing places I’ve been into the story—everywhere from the rolling hills of Tuscany to the super tall pines of the Pacific Northwest. Building the world became an adventure of pulling different pieces of road trips, vacations, and everyday life, and quilting them into a world of my own making.

Speaking of world-building, Shielded features two kingdoms—Hálendi and Turia. Tell us a little bit about these two places. Which would you rather live in?

Hálendi is the northernmost kingdom on the Plateau and has long winters, lots of rolling, rocky hills, and a pretty harsh climate. Its people are warriors and herders who paint their homes bright colors to compensate for the constant snow. While it would be stunning to visit Jenna’s homeland, I don’t think I’d want to stay long-term.

Turia has a more temperate climate, which I’d love to live in. There’s a long growing season, land that’s been farmed and tended for centuries, and rich cultural traditions. The people of Turia are a welcoming, friendly people, who will welcome you into their home and feed you, and send you on your journey with more than you started with.

I usually start a story with a spark of an idea—a big event with characters in peril of some sort. Then I ask questions—who are they, where are they going, what’s standing in their way, etc.—to build an outline. I let this brainstorming stage simmer in the background for several weeks before diving in to draft.

When I draft, I like to get it all out as fast as possible. First drafts especially are all about dumping words on the page. And I always listen to music when I draft. I usually put a bunch of soundtracks into a big playlist, and then when there’s a song that hits the right mood for what I’m writing, I add it to a book-specific playlist, so by the time I’m done drafting I’ve got a really tailored playlist.

Being an editor, I love revising. I’ve got a massive spreadsheet that helps me look at the macro and micro together, and I always print out the manuscript so I can edit by hand—reading a printed manuscript is an entirely different experience than reading it on a screen. I always listen to music when I revise as well, usually the book playlist I made while drafting. I also munch a lot while I draft and revise. It’s not the healthiest habit, but it helps my brain stay focused.

What are some of your favorite YA fantasy worlds?

Ooo, some of my favorites are: Six of Crows (Bardugo), Empire of Sand (Suri), Shadowfell (Marillier), Across a Star-Swept Sea (Peterfreund), Their Fractured Light (Kaufman/Spooner), Lord of the Rings (not necessarily YA, but I still love it), and Wheel of Time (Jordan).

What’s up next? Is there a sequel in the works?

Yes! The Shielded series will be a duology, and I’m working on book two with my editor now. There are two new point-of-view characters, and they get to visit new places and confront new perils on the Plateau! 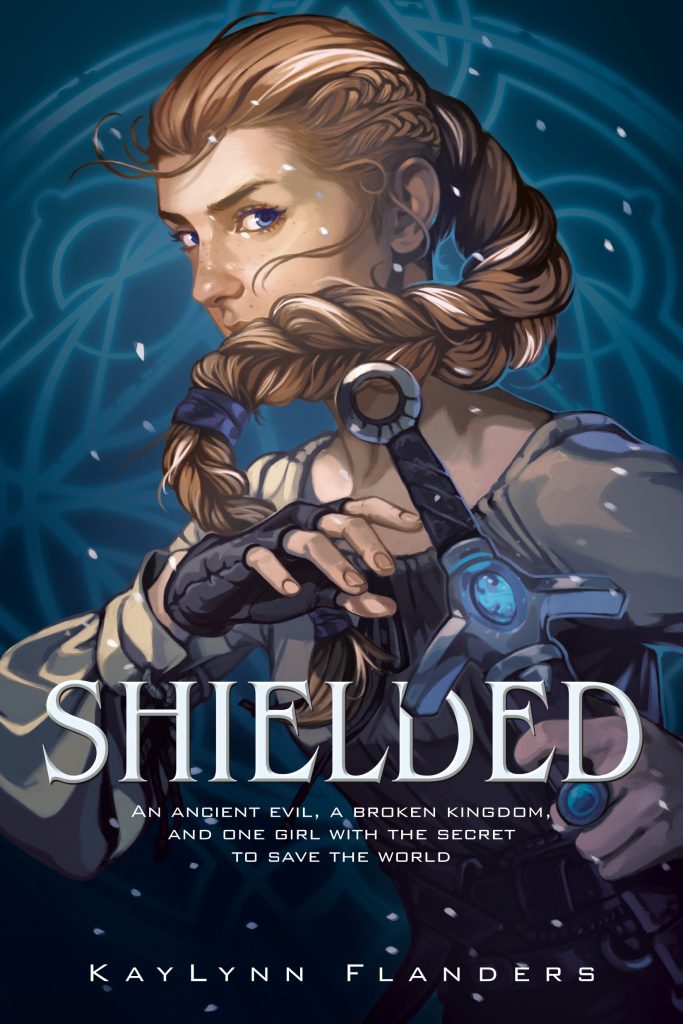 For fans of Sorcery of Thorns and Furyborn comes a thrilling new fantasy about a kingdom ravaged by war, and the princess who might be the key to saving not only those closest to her, but the kingdom itself, if she reveals the very secret that could destroy her.

The kingdom of Hálendi is in trouble. It’s losing the war at its borders, and rumors of a new, deadlier threat on the horizon have surfaced. Princess Jennesara knows her skills on the battlefield would make her an asset and wants to help, but her father has other plans.

As the second-born heir to the throne, Jenna lacks the firstborn’s–her brother’s–magical abilities, so the king promises her hand in marriage to the prince of neighboring Turia in exchange for resources Hálendi needs. Jenna must leave behind everything she has ever known if she is to give her people a chance at peace.

Only, on the journey to reach her betrothed and new home, the royal caravan is ambushed, and Jenna realizes the rumors were wrong–the new threat is worse than anyone imagined. Now Jenna must decide if revealing a dangerous secret is worth the cost before it’s too late–for her and for her entire kingdom.

KayLynn Flanders has a degree in English Language and editing, and has been a
freelance editor and book designer for over twelve years. Her debut novel, Shielded, was published by Delacorte Press (Penguin Random House). KayLynn and her family live in Utah between some mountains and a lake, and she is directionally challenged without them. She loves reading, writing, traveling, and volleyball, and thinks there’s nothing better than a spur-of-the-moment road trip.