Of Curses and Kisses by Sandhya Menon is a contemporary retelling of Beauty and the Beast set at an elite boarding school in the mountains—think Beauty and the Beast meets Gossip Girl! It’s out February 18th, 2020 and even has a *map* in the hardcover. Featuring an Indian princess and a misanthropic British aristocrat, it’s immersive, glamorous, and full of smoldering kisses!

How did you get the idea for Of Curses and Kisses?

It came to me one night while my family and I were staying in a hotel in Colorado. This was about four years ago now, and I was still working on When Dimple Met Rishi. But I sat bolt upright in my bed in the middle of the night and scrabbled to write down something in Jaya’s (the female main character’s) voice. I had no idea at the time who was talking or what the story was about, but what I wrote down became chapter one in the book. After I got some sleep, I spent more time thinking about it, and realized this was a boarding school-set story about modern-day royals. The “Beauty and the Beast contemporary retelling” part came still later! Of Curses and Kisses was very much an evolving idea in progress until I sold it to my publisher as a trilogy.

Why did you want to write this story?

I’ve always been a huge, huge fan of boarding school-set novels. At the time the idea came to me, I was completely enamored of Gossip Girl and fairy tale retellings, too, and thought, “Wouldn’t it be cool if there was a series that encapsulated all of these feelings and ideas but was a more diverse representation of the population than we’ve had in the past?” And then I went, “Waiiiit a minute…I’m an author!” Also, I got to go to Aspen to do book research, which is always a plus in my book!

What was your favorite scene in the story?

There were a few scenes that I absolutely ADORED writing! Let’s see . . . the first meeting in the library, the hot tub scene, the middle-of-the-night snowball fight, any scene with Caterina and Rahul or Isha in it! So many. 🙂

I love the classic Disney ones—Beauty and the Beast, Cinderella, The Frog Prince, and Sleeping Beauty are a few I really cherish!

Will there be more books in the universe?

Definitely! I sold the series as a trilogy, with two companion novels to follow Of Curses and Kisses. The next books will follow different main characters, but you’ll definitely see cameos of the people you’ve come to know and love! 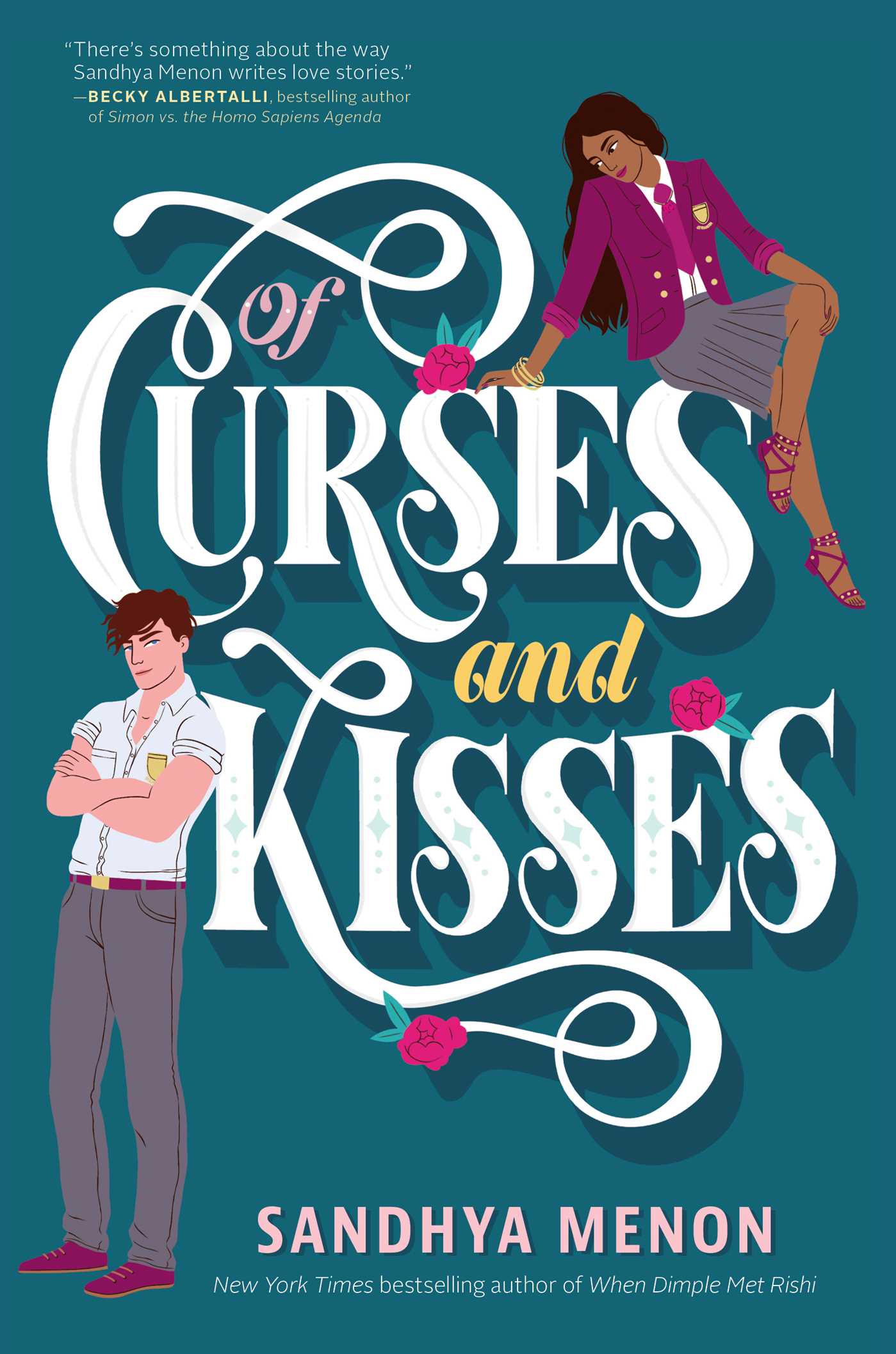 Will the princess save the beast?

For Princess Jaya Rao, nothing is more important than family. When the loathsome Emerson clan steps up their centuries-old feud to target Jaya’s little sister, nothing will keep Jaya from exacting her revenge. Then Jaya finds out she’ll be attending the same elite boarding school as Grey Emerson, and it feels like the opportunity of a lifetime. She knows what she must do: Make Grey fall in love with her and break his heart. But much to Jaya’s annoyance, Grey’s brooding demeanor and lupine blue eyes have drawn her in. There’s simply no way she and her sworn enemy could find their fairy-tale ending… Right?

His Lordship Grey Emerson is a misanthrope. Thanks to an ancient curse by a Rao matriarch, Grey knows he’s doomed once he turns eighteen. Sequestered away in the mountains at St. Rosetta’s International Academy, he’s lived an isolated existence—until Jaya Rao bursts into his life. Sparkling and elegant, Jaya’s unlike anyone Grey has ever met. Still, he can’t shake the feeling that she’s hiding something. Something that might just have to do with the rose-shaped ruby pendant around her neck . . .

As the stars conspire to keep them apart, Jaya and Grey grapple with questions of love, loyalty, and whether it’s possible to write your own happy ending. 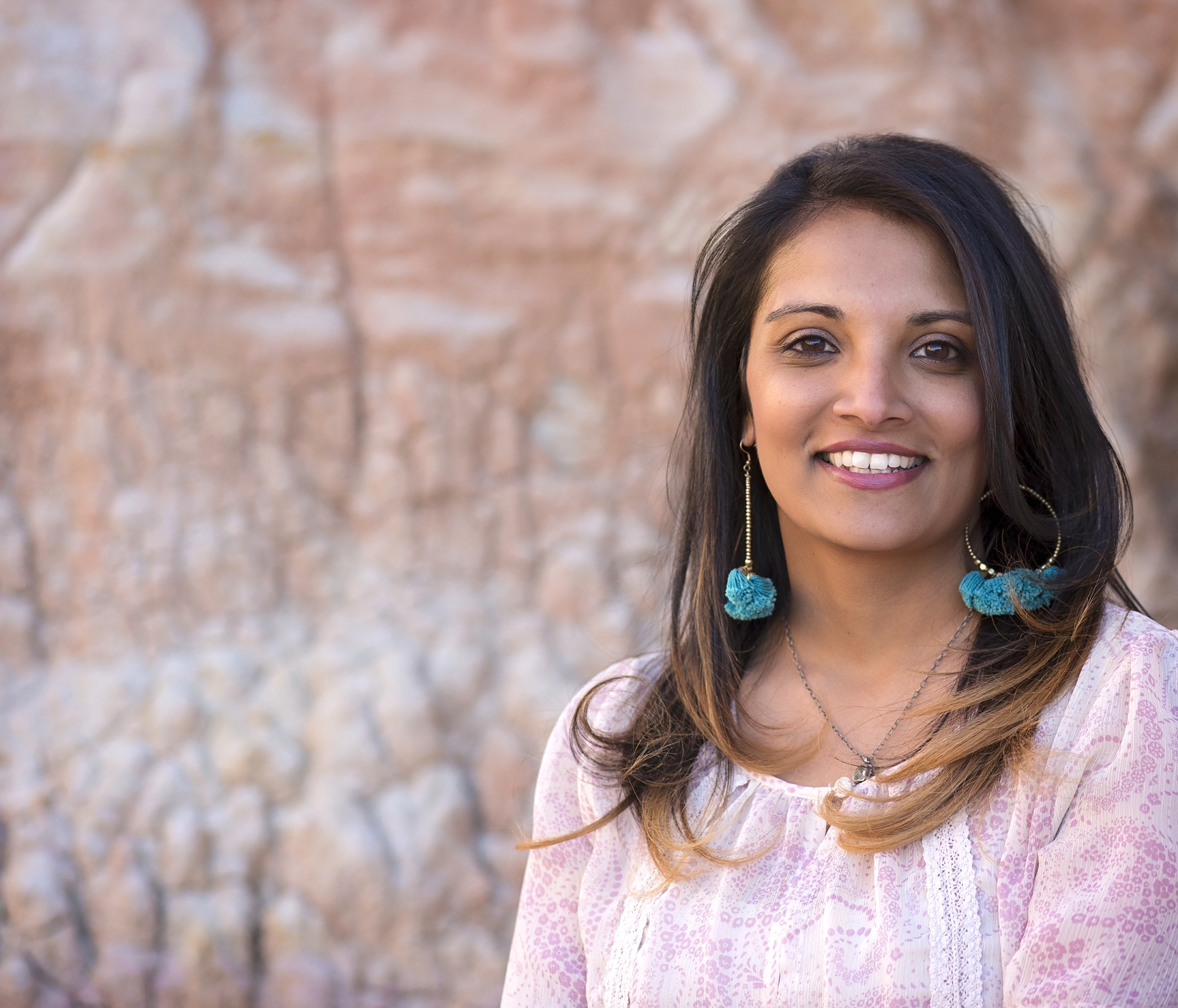 Sandhya Menon is the New York Times bestselling author of When Dimple Met Rishi, Of Curses and Kisses, and many other novels that also feature lots of kissing, girl power, and swoony boys. Her books have been included in several cool places, including the Today show, Teen Vogue, NPR, BuzzFeed, and Seventeen. A full-time dog servant and part-time writer, she makes her home in the foggy mountains of Colorado.