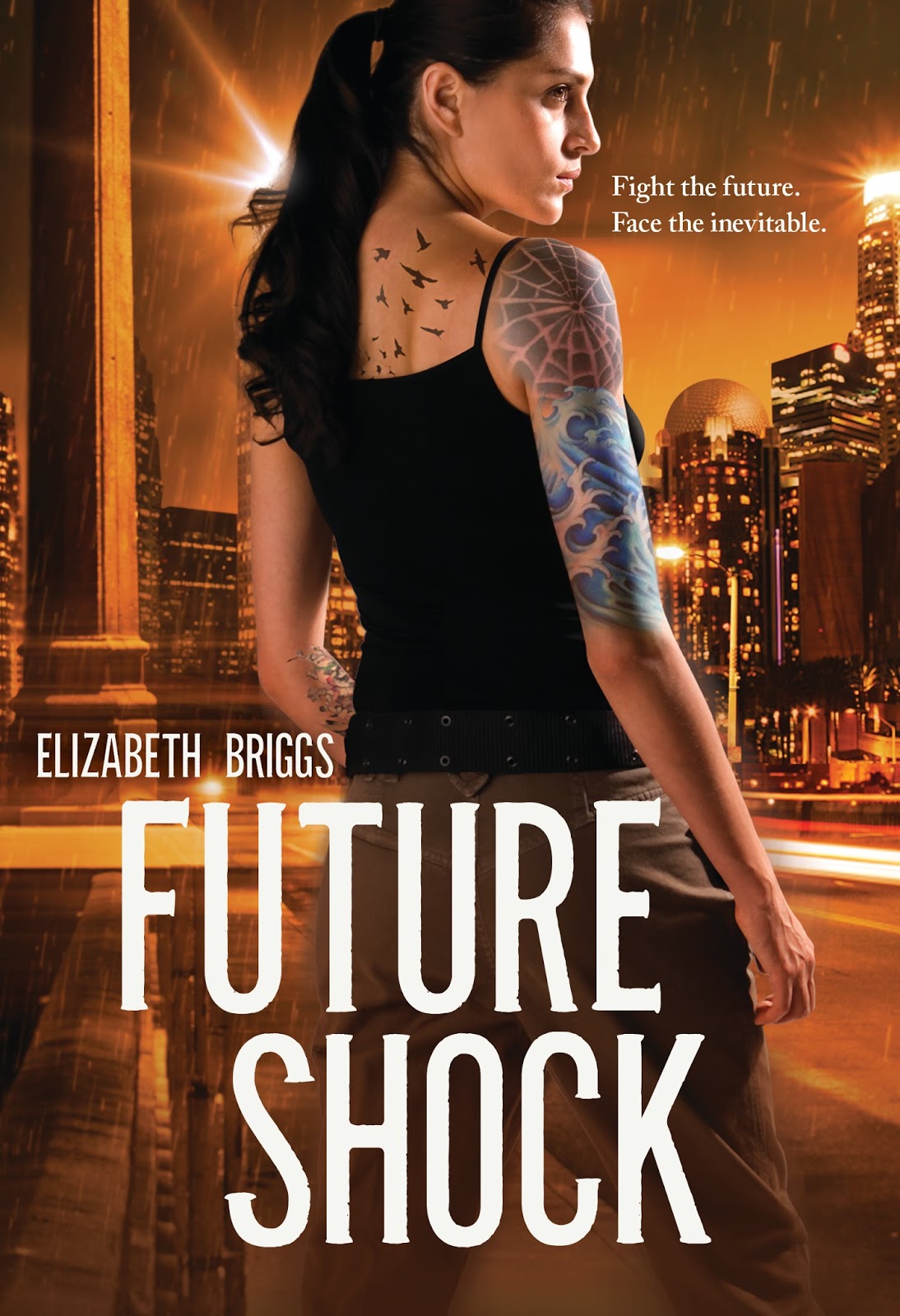 What do you do when the future is too late, and the present is counting down to an inevitable moment?

Elena Martinez has street smarts, the ability for perfect recall, and a deadline: if she doesn’t find a job before she turns eighteen, she’ll be homeless. But then she gets an unexpected offer from Aether Corporation, the powerful Los Angeles tech giant. Along with four other recruits—Adam, Chris, Trent, and Zoe—Elena is being sent on a secret mission to bring back data from the future. All they have to do is get Aether the information they need, and the five of them will be set for life. It’s an offer Elena can’t refuse.

But something goes wrong when the time travelers arrive in the future. And they are forced to break the only rule they were given—not to look into their own fates. Now they have twenty-four hours to get back to the present and find a way to stop a seemingly inevitable future—and a murder—from happening. But changing the timeline has deadly consequences too. Who can Elena trust as she fights to save her life?

The first book in an unforgettable series about rewriting your destiny in the city of dreams.

Future Shock begins with Elena Martinez desperately trying to find a job. She’s about to turn 18 and age out of the foster care system. Her luck turns around when the Aether Corporation comes knocking on her door to recruit her for a research project due to her eidetic memory. After taking the offer, Elena and the four other teenage recruits (Adam, Chris, Trent, and Zoe) find out what their mission is: travel to the future and retrieve information for Aether. However, once they enter the future, they realize they have traveled 30 years into the future instead of the planned 10 years. Even more, they realize Adam is the only one of their group still alive in the future, and now they must find out why they are all dead and try to change their fate.

Time travel books seem to be hit or miss for me. I love the concept of them, but for some reason I can’t wrap my mind around them and usually think up some kind of plot hole. I’m glad to report that Briggs executed the time travel aspect well. The world building was great and the new technology advancements were pretty cool.

The mystery was well-written. Elena is able to figure out the end results since she is in the future, but she must work backwards and piece together what actually happened in order to save their lives. The mystery was twisty and did have turns, though I was able to figure some of it out before the main characters did.

I loved the diversity of the cast. Elena and Adam were the most developed characters, but I still enjoyed the whole group. I didn’t ever feel like any of the teenage recruits were forgotten or ignored in any scenes, which can be hard to pull off with a group of five.

Overall, I did enjoy Future Shock and I’m excited to see where Elizabeth Briggs will go with the sequel, Future Threat.