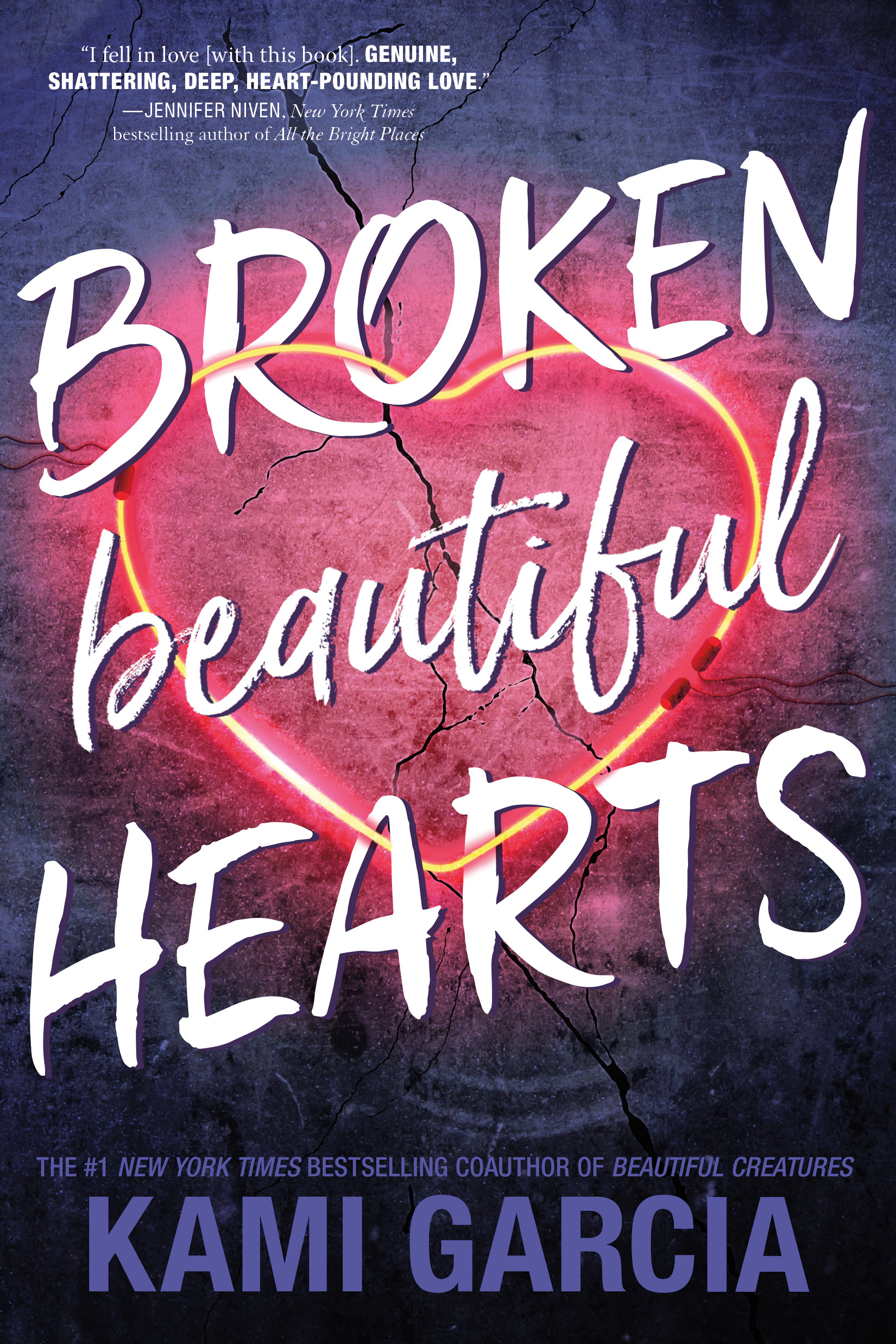 From #1 New York Times–bestselling author Kami Garcia comes a red-hot romance that will break your heart and put it back together again.

Her heart has to break before it can open.

When star soccer player Peyton Rios receives an offer from her first-choice college, senior year starts off exactly as planned. But when Peyton uncovers her boyfriend’s dark secret, she confronts him—and finds herself falling down a flight of stairs. Peyton’s knee—and maybe her dream of going pro—is shattered. Everyone is talking: Was she pushed, or did she fall? Peyton knows the truth, even if no one believes her.

He has to let someone in before it’s too late.

With her future on the line, Peyton goes to stay with her uncle in a small Tennessee town to focus on her recovery. Dating is the last thing on her mind—until she meets sweet, sexy Owen Law.

But Peyton doesn’t trust her heart, especially when she senses that Owen is hiding something. When their secrets are finally exposed, Peyton has to decide if love is worth fighting for.

Kami Garcia is an author whose books have been in my TBR for a long time, but here latest, Broken Beautiful Hearts, is the first book of hers that I have read! I’m really glad to have started with a story that is very close to her own personal experiences, which you can read more about in this essay.

Peyton believes in having one perfect day and that her’s is here when she gets offered a spot on the soccer of her top college pick. This day isn’t as perfect as she believes when she discovers that her boyfriend Reed (who is also her best friend’s older brother) has been taking steroids in order to win the MMA fights he competes. Things go from bad to worse when Peyton confronts Reed and he pushes her down a flight of stairs. Not only has the fall caused her a knee injury that might leave her unable to play soccer again, none of her friends believe her side of the story of what really happened. Things get even worse when her now ex-boyfriend begins stalking her and she starts receiving threatening calls from strangers. To solve this problem, Peyton’s mom sends Peyton away to live with her uncle and twin cousins.

The first couple of chapters were hard for me to get into. From the start, I did not like Peyton’s boyfriend so when he pushed her, I wasn’t surprised (I hadn’t read the synopsis beforehand so I didn’t know it was coming). Once Peyton got to Black Water, I had an easier time slipping into the story and started to enjoy the writing more. Like Peyton, it took awhile for me to warm up to her twin cousins. They definitely rubbed me the wrong way and were very annoying. However, they did grow on me as they changed throughout the story. I did distinctly like Cam better than Christian, though.

As for the romance, I really enjoyed it. I liked Owen and Peyton’s semi-hate-to-love storyline at the beginning (although it does not last for long), which then turns into a friends-to-lovers trope. I definitely understood why Peyton did not want to get involved with another fighter so soon. However, Peyton starts to uncover Owen’s true character and realizes he is not like Reed. While most of Owen’s secrets are uncovered, there are still a few questions that were left unanswered.

*This ARC was provided to me by the publisher through NetGalley & InkSlinger PR in exchange for a honest review.* 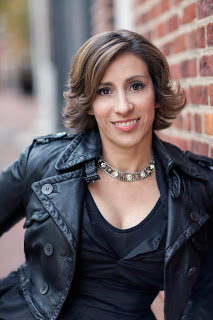 Kami Garcia is a #1 New York Times–bestselling and Bram Stoker–nominated author and the coauthor of the Beautiful Creatures and Dangerous Creatures novels. Her solo series, the Legion, includes the instant New York Times bestseller Unbreakable and its sequel, Unmarked. Kami is also the author of The X-Files Origins: Agent of Chaos and The Lovely Reckless.

Kami was a teacher for seventeen years and coauthored her first novel on a dare from seven of her students. If she isn’t busy watching Supernatural, Kami can teach you how to escape from a pair of handcuffs or bake a Coca-Cola cake. Kami lives in Maryland with her family and their dogs, Spike and Oz. 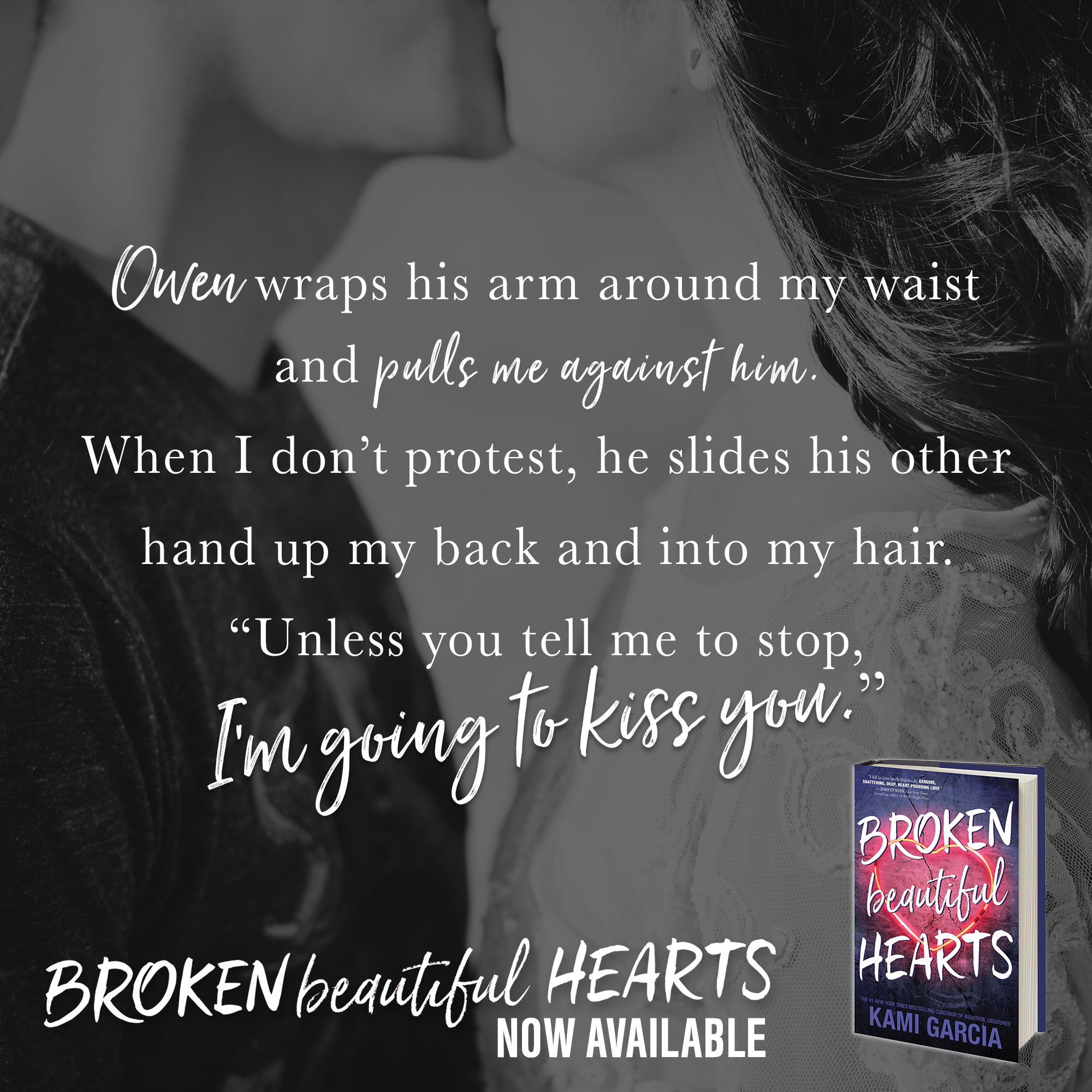