Writing Playlist: When the Truth Unravels

I’m excited to host debut author RuthAnne Snow on the blog today! Her first novel, When the Truth Unravels, released last week and today RuthAnne is sharing with us the playlist she listened during the various stages of writing it!

Thanks for having me on your blog to talk about WHEN THE TRUTH UNRAVELS! When Jordan asked me to share my playlist, I was both excited and intimidated. Excited because I love music, intimidated because my musical tastes can be pretty hit-or-miss. There’s a lot of guilty pleasure on my iTunes, is all I am saying. (For a long, long time my most played song was “See You Again” from Miley Cyrus. Like, pre-Bangerz, Hannah Montana soundtrack Miley Cyrus.)

So with all those caveats, here are some of the songs that were on perma-repeat while I was drafting, revising, and editing WHEN THE TRUTH UNRAVELS and a little bit about what each one means to me:

If you want to listen to the full playlist, you can find it here:

I recommend shuffle mode, since I definitely have no claim at being a skilled music arranger.

Thanks again for having me on THE HEART OF A BOOK BLOGGER! 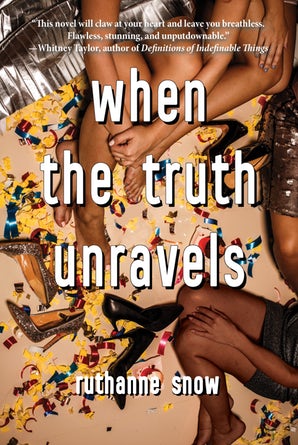 She knows she’s lucky that her parents found her in time. Lucky to be going to prom with her three best friends, like any other teen. Like it never happened. And if she has anything to say about it, no one but her best friends will ever know it did.

Jenna, Rosie, and Ket will do anything to keep Elin’s secret—and to make sure it never happens again. That’s why they’re determined to make prom the perfect night. The night that convinces Elin that life is worth living.

Except, at prom, Elin goes missing.

Now it’s up to her friends to find her. But each of the girls has her own demons to face. Ket is being blackmailed by an ex. Rosie is falling in love for the first time. And Jenna . . .

And no one, not even her best friends, knows why.

Heart-wrenching and utterly impossible to put down, When the Truth Unravels follows four friends as they confront their greatest hopes and darkest secrets in one life-changing night. 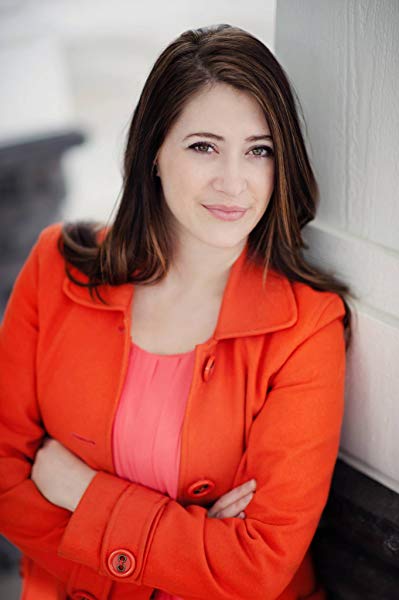 RuthAnne Snow was born and raised in Kaysville, Utah. She was a sorority girl in college and social activities director in law school―which was a lot like being back in the sorority. She loves traveling, watching horror movies, and baking. She lives in Salt Lake City with her husband and dogs. WHEN THE TRUTH UNRAVELS is her first novel.