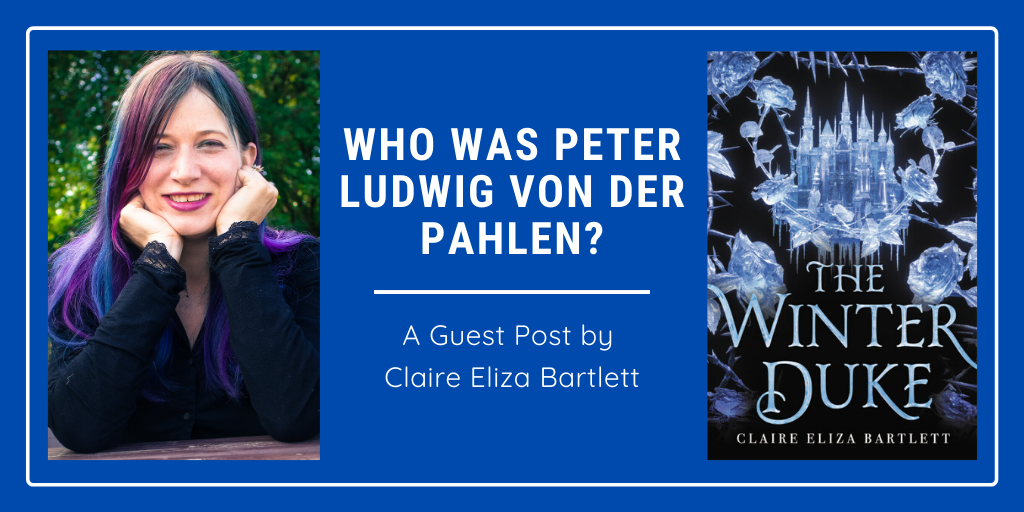 Last year I hosted a guest post with Claire Eliza Barlett in celebration of her debut novel, We Rule the Night (read the post).  Her sophomore novel, The Winter Duke, released last week and I’m excited to host her again today!

The Winter Duke is The Romanovs meets Sleeping Beauty with a lesbian science protagonist. All Ekata wants is to leave her ice-bound kingdom and travel south, to escape her murderous royal family and study at the University. But on the night of her brother’s brideshow her  entire family falls mysteriously ill, and she is left with running her country, appeasing allies and enemies, not falling for her brother’s bride, and finding out what happened to her family and how to keep from becoming the next victim.

One of the reasons I absolutely love about being a writer is that I can combine two things I utterly adore: history and fantasy. As a reader, I can’t get enough fantasy, and often it’s hard to make me read anything else. But when I went off to college, I studied history. In fact, I originally thought I’d be an academic. However, I came to realize that I enjoy learning things better than I enjoy knowing things. The distinction is slight but important. And it meant that I packed up my little laptop and abandoned the world of academia, for more fantastic climes. I haven’t regretted a thing – I’ve had a great journey and I’ve been able to indulge everything wonderful about learning while staying true to myself and my own goals. 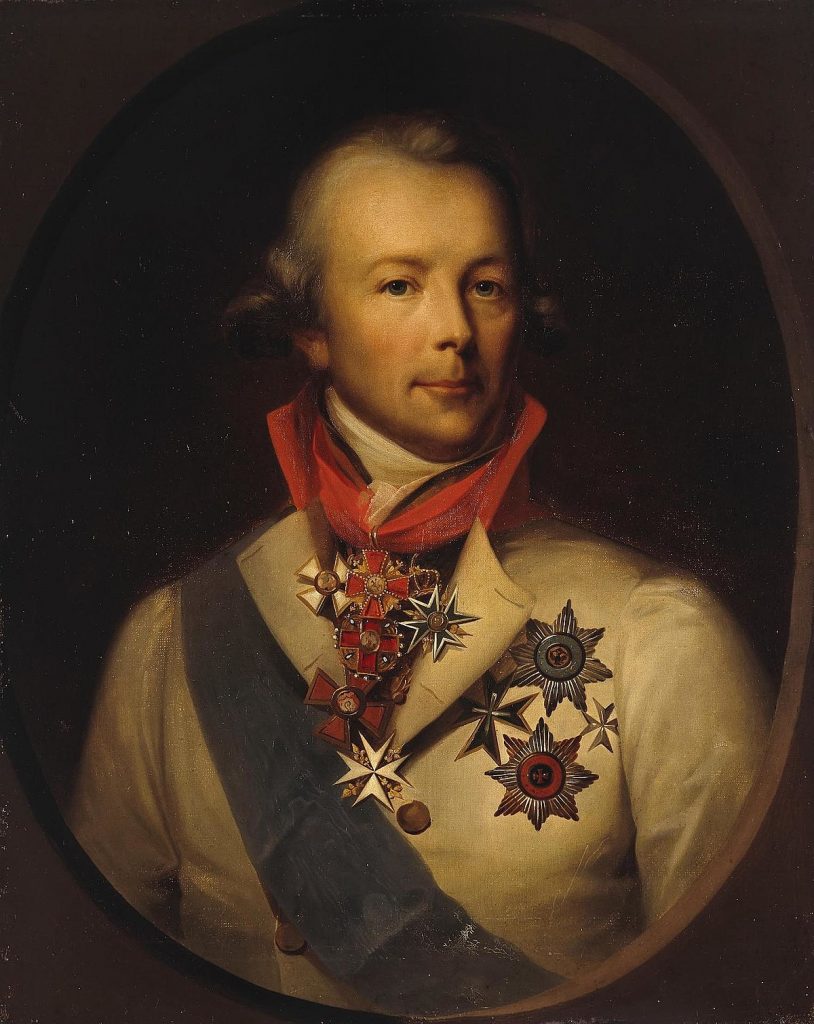 When I first began brainstorming the concept that would become The Winter Duke, I had a setting but nothing else. Plot inspiration struck suddenly, and with the reading of a rather incredible history. Do we have any Game of Thrones fans here? Anyone ever wonder how Littlefinger got away with everything he did? Well, wonder no more. A real-life Littlefinger used to sit at the Romanov court, and his name was Peter Ludwig von der Pahlen. His nickname? ‘Professor of Cunning.’ Excuse me while I go cackle.

Pahlen was born in modern-day Estonia, and caught the attention of the Romanov Emperor Paul I for distinguishing himself during the Russo-Turkish wars from 1787 to 1792. He was given a post as the governor of St. Petersburg, but his position was precarious. You see, he had the wrong friends. Emperor Paul was the son of Catherine the Great, and he was a paranoid wreck. Catherine had disposed of Paul’s father in the usual Romanov way – assassination – and Paul was terrified that his son and his court would do the same to him. He began a reign of terror to protect himself, exiling people left and right and firing Pahlen – twice – for having suspicious connections.

Paul should have left it at that. But slippery Pahlen always got back in his good graces.

Eventually, Pahlen became Paul’s confidant. That was when the plotting began in earnest. Pahlen 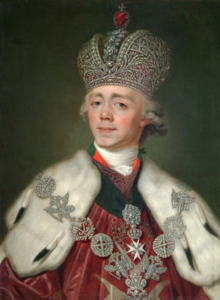 wanted to replace Paul with his son, Alexander, but Alexander was unwilling to commit – clever fellow. Alexander had good reason to be nervous; the Romanovs had a precedence of killing uppity heirs, and he didn’t want his father discovering concrete evidence of a plot. But as Pahlen applied pressure, and the plot moved slowly forward. Eventually, Alexander was hooked in.

What next? Did Pahlen bide his time and let the coup happen on its own schedule? If you think so, you are underestimating the sliminess of this politician.

Pahlen betrayed Alexander to his father, informing him of the conspiracy and its intentions – then, as Paul considered the proper countermeasures, Pahlen went back to Alexander and claimed that Paul intended to destroy him. Obviously, this had some big aftereffects. Both camps moved to arm themselves, and I suspect family dinners became somewhat strained. In fact, Paul left his palace and took up in a fortress to protect himself. He stationed loyal men at every entrance, and no one could get in or out unless they knew the passwords. Pahlen knew the passwords.

Pahlen held his iron grip on Paul, who made him postmaster general – giving him the power to open everyone’s mail and move messages around. But Paul’s paranoia meant he was still on his guard, and one day he got his hands on a list of conspirators. Calling Pahlen into his study, he demanded answers.

Pahlen looked at the list and said, “I know it and I am in the plot.” 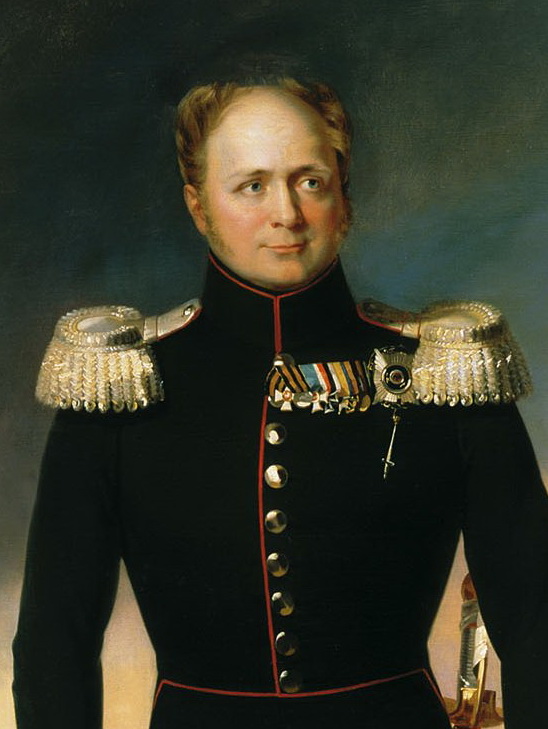 But this still didn’t result in the separation of head and neck. He promised Paul that everything was under control, that Paul was safe, that things were fine.

Then he ran back to Alexander, and reported the entire incident.

Emperor Paul was killed soon after, in the middle of the night by twelve drunk soldiers. They forced him to abdicate and he was ‘accidentally’ strangled in the ensuing struggle. Pahlen, who had organized the whole thing, contrived to show up after the killing was done – washing his hands of the murder, while ensuring that if it had failed, he could have arrested the guards and ‘saved the emperor.’ But it had succeeded; Alexander was tsar now.

Alexander never forgave himself for the murder of his father, and that stain is eventually what led to Pahlen’s downfall. Pahlen was sent into exile when Emperor Alexander had no more use for a court weasel. But you read this right: Pahlen got away with the murder of a king. He withdrew to his Estonian estate and, presumably, manipulated his household for fun and games until he died twenty-five years later.

This is only a short history of the ridiculous figure that is Peter Ludwig von der Pahlen. If you’re curious as to who he inspired in The Winter Duke, check it out on March 3rd, when it releases! And if you want to know the full story, which is even more ridiculous, I highly recommend The Romanovs by Simon Sebag Montefiore. 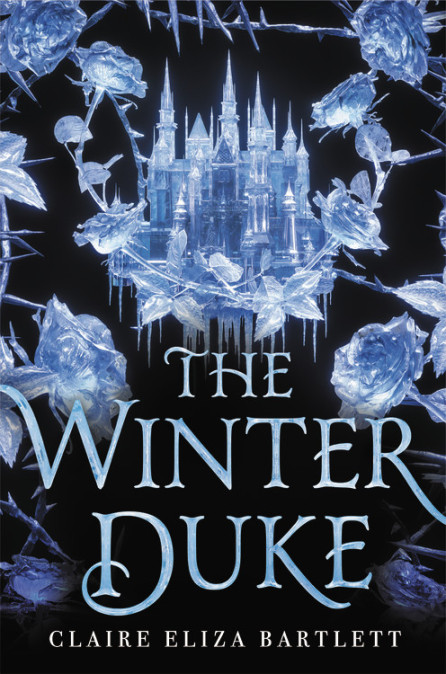 She survived the curse. Now she must survive the throne.

All Ekata wants is to stay alive–and the chance to prove herself as a scholar. Once Ekata’s brother is finally named heir to the dukedom of Kylma Above, there will be nothing to keep her at home with her murderous family. Not her books or her experiments, not her family’s icy castle atop a frozen lake, not even the tantalizingly close Kylma Below, a mesmerizing underwater kingdom that provides her family with magic. But just as escape is within reach, her parents and twelve siblings fall under a strange sleeping sickness, and no one can find a cure.

In the space of a single night, Ekata inherits the title of duke, her brother’s captivating warrior bride, and ever-encroaching challengers from without–and within–her ministry. Nothing has prepared Ekata for diplomacy, for war, for love…or for a crown she has never wanted. If Kylma Above is to survive, Ekata must seize her family’s magic and power. And if Ekata is to survive, she must quickly decide how she will wield them both.

The Winter Duke is an enchanted tale of intrigue by Claire Eliza Bartlett, author of the acclaimed feminist fantasy We Rule the Night. 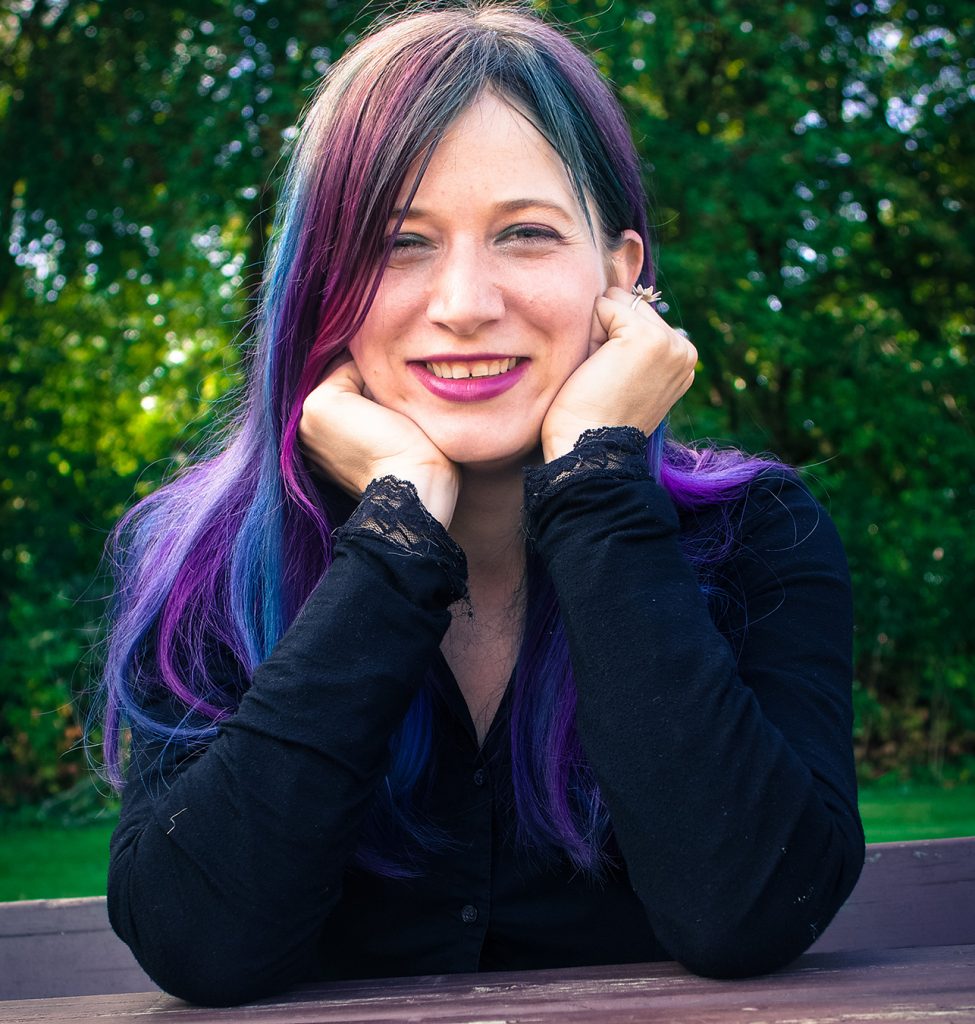 Claire Eliza Bartlett is a US citizen who grew up in Colorado. She studied history and archaeology and spent time in Switzerland and Wales before settling in Denmark for good. When not at her computer telling mostly false stories, she works as a tour guide in Copenhagen, telling stories that are (mostly) true.