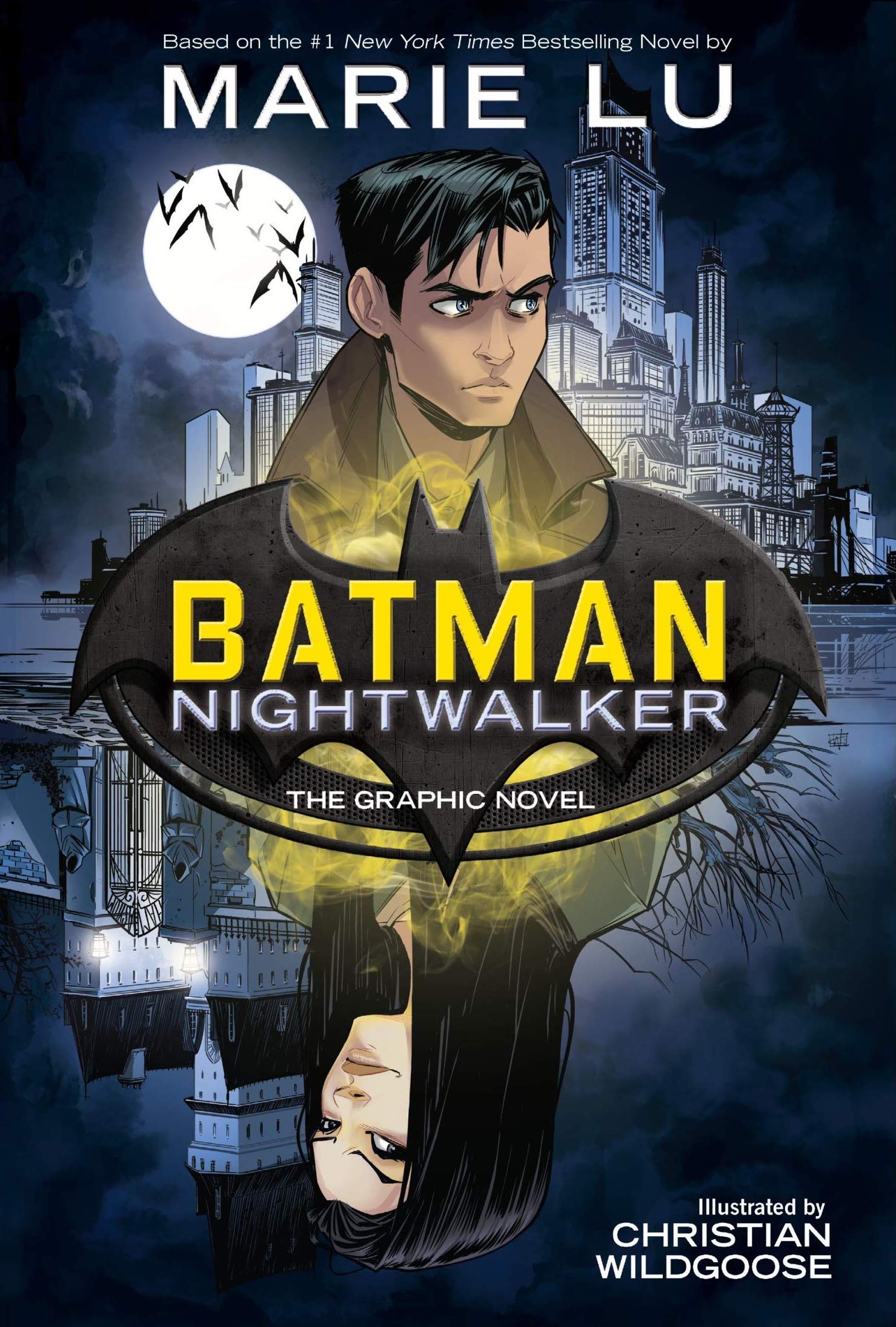 A new ruthless gang of criminals known only as Nightwalkers are terrorizing Gotham and the city’s elite are being taken out one by one. On the way home from his eighteenth birthday party, newly-minted billionaire Bruce Wayne makes an impulsive choice that puts him in their crosshairs and lands him in Arkham Asylum, the once infamous psychiatric hospital. There, he meets Madeleine Wallace, a brilliant killer…and Bruce’s only hope. Madeleine is the mystery Bruce must unravel, but is he convincing her to divulge her secrets, or is he feeding her the information she needs to bring Gotham City to its knees?

Illustrated by Chris Wildgoose and adapted by Stuart Moore, this graphic novel presents a thrilling new take on Batman before he donned the cape and cowl.

I’ve been meaning to read DC Icons series since they released but hadn’t had the chance to get to them, so I was excited to have a chance to read the graphic novel adaptation!

Batman: Nightwalker takes place before Bruce Wayne actually becomes Batman. We see him as an eighteen year old who just inherited his family’s fortune and company who has a need for justice. The beginning idea of becoming Batman is definitely there in his character as Bruce is drawn to catching the criminal gang the Nightwalkers . . . and drawn to the mysterious girl Madeleine, who was arrested at the site of the Nightwalkers’ last murder. 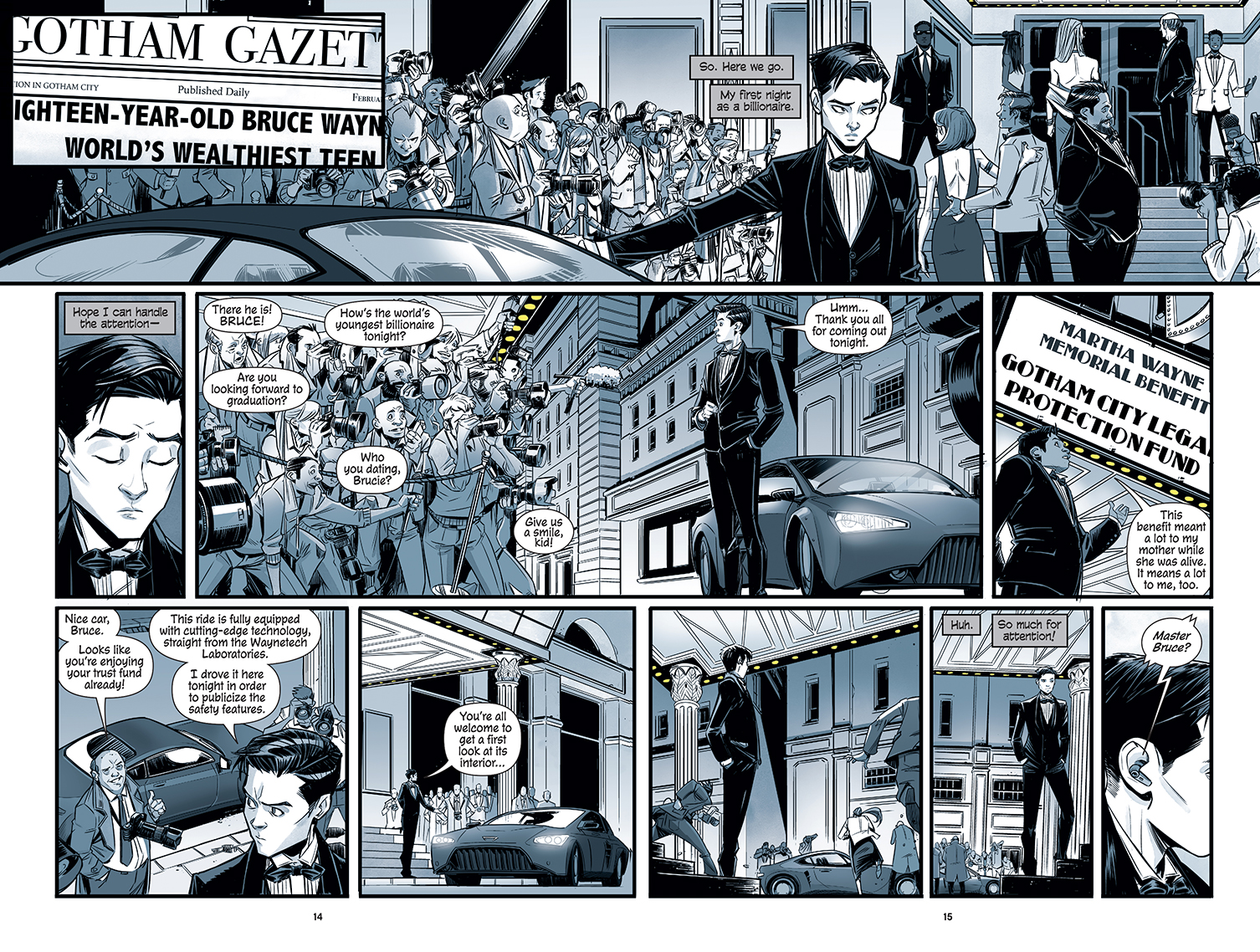 The art itself was great. I loved the look of young Bruce Wayne and the layout of the panels. The art is all in shades of a blue-ish gray and black with an occasional pop of yellow. This really helped create the dark atmosphere and setting and added suspense. 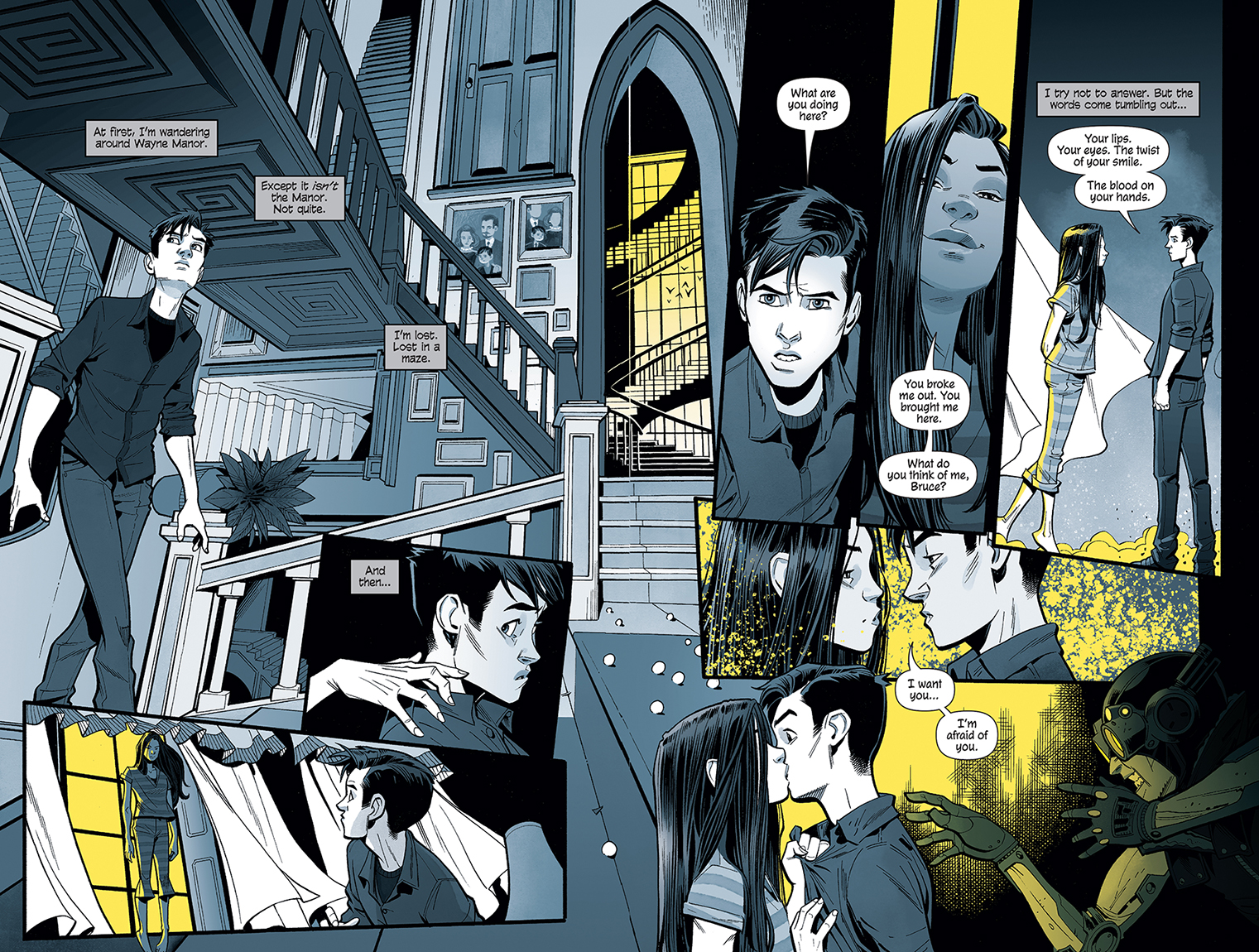 Overall, if you’re a fan of Marie Lu’s Batman: Nightwalker you’re going to want to check out this adaptation! And if you’re like me and haven’t read the novel, the graphic novel is a great way to experience the story.