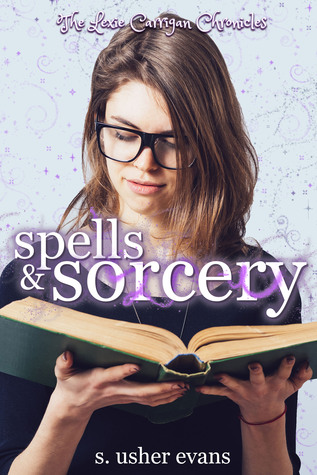 One sentence, three words, four syllables. Enough to change my life forever. And I’m not talking about the whole spells and sorcery thing.

Lexie Carrigan thought the weirdest thing about her was she preferred watching documentaries and reading the newspaper to reality TV and Twitter. But on the eve of her fifteenth birthday, her aunt and sisters drop a bomb–she’s magical.

Now the girl who never made waves is blowing up her nightstand and trying to keep from wreaking havoc on her school. When a kind stranger shows up with all the answers, Lexie hopes he’ll be able to help her control her newfound powers. But Gavon may not be as kind as he seems, and soon Lexie finds out that being magical is the least weird thing about her.

Spells and Sorcery is the first YA fantasy from S. Usher Evans, author of the Razia series, the Madion War Trilogy, and Empath. 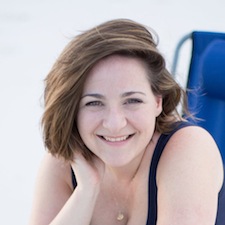 S. Usher Evans is an author, blogger, and witty banter aficionado. Born in Pensacola, Florida, she left the sleepy town behind for the fast-paced world of Washington, D.C.. There, she somehow landed jobs with BBC, Discovery Channel, and National Geographic Television before finally settling into a “real job” as an IT consultant. After a quarter life crisis at age 27, she decided consulting was for the birds and rekindled a childhood passion for writing novels. She sold everything she owned and moved back to Pensacola, where she currently resides with her two dogs, Zoe and Mr. Biscuit.

Evans is the author of the Razia series, Madion War Trilogy, and Empath, published by Sun’s Golden Ray Publishing.

My turkey sandwich on white bread was suddenly unappetizing. Glancing around to make sure no one was watching me, I considered what I really wanted to eat for my birthday lunch. I envisioned a thick, juicy steak and a baked potato with sour cream and butter and flicked my wrists like I’d seen Jeanie do.

Okay, so apparently there were limits to what I could do, and conjuring a steak was one of them. Huffing to myself, I reached for the sandwich again. Two bites in, I remembered my magical spell book. If I could summon my sunglasses, maybe I could summon the book, too.

“Uh…bring the book!” I said, flinging my wrists out.

This time, it appeared in that same cloud of purple magic.

I heard laughing, and my heart stopped in my chest. Had anyone just seen what I’d done?

After a few moments, I spotted the source of the laughter. A group of juniors was hanging around one of the tables. They noticed me staring at them and I quickly looked away. I didn’t think they’d seen anything, but I wasn’t eager to attract their attention.

But now I had the book, and at least a few minutes to read it. I quickly flipped to the first chapter to pick up on where I’d left off the night before.

THE BASICS OF SPELLWORK

Spells are distinguished by their outcome and the object with which the magic has been applied.

A SUMMONING SPELL, then, will present object to the summoner without use of the physical movement; A CHARMING SPELL will animate an object as if it were alive; An ATTACK SPELL will cause physical harm to another magical user; Et cetera.

A Magical’s best tool for spell work is a well-crafted mind. Magic is but an extension of the Human Will, and it is as powerful as the mind it inhibits.

While there are certain birth-given limits to the Mind of a Magical, a good Master will improve upon these limits as a sword on whetstone. Daily reading of Latin and classical works, Magical History and Theory, as well as daily practice in arithmetic will sharpen the Mind for more effective spellmaking.

Enter to win an ebook from this blog here:
Entry-Form