Wow, I cannot believe we’ve made it to the end of the year! Here are few releases to keep an eye out for before 2021 ends. 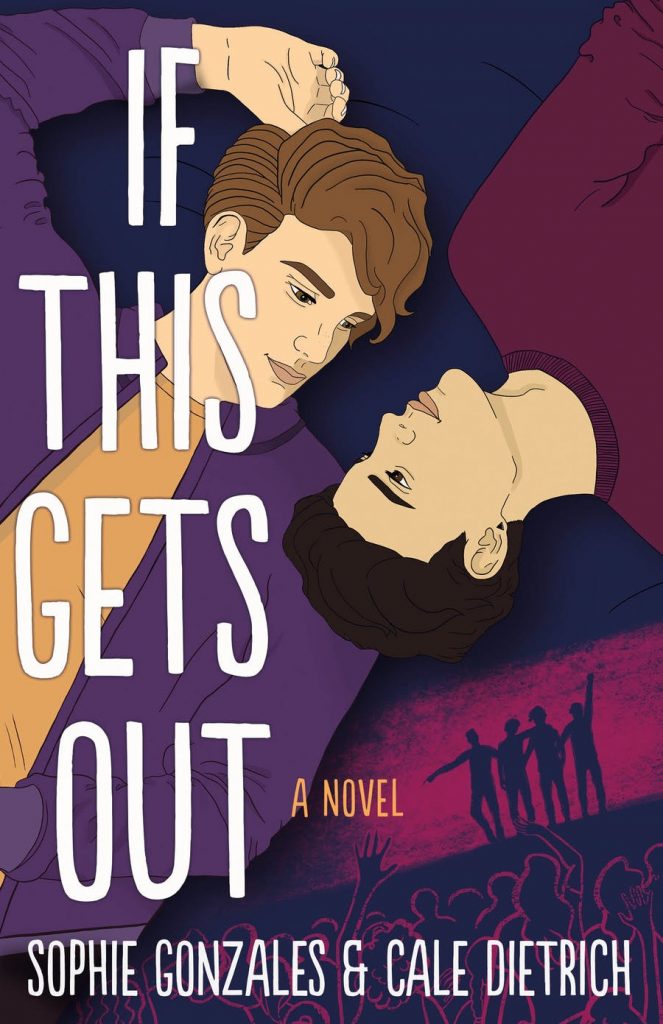 Eighteen-year-olds Ruben Montez and Zach Knight are two members of the boy-band Saturday, one of the biggest acts in America. Along with their bandmates, Angel Phan and Jon Braxton, the four are teen heartthrobs in front of the cameras and best friends backstage.

But privately, the pressure to stay in the closet has Ruben confiding in Zach.

On a whirlwind tour through Europe with an unrelenting schedule and minimal supervision, the two come to rely on each other more and more, and their already close friendship evolves into a romance. But when they decide they’re ready to tell their fans and live freely, Zach and Ruben realize they will never truly have the support they need.

How can they hold tight to each other when their whole world is coming apart?

I’m in the middle of reading If This Gets Out, and I’m loving it! 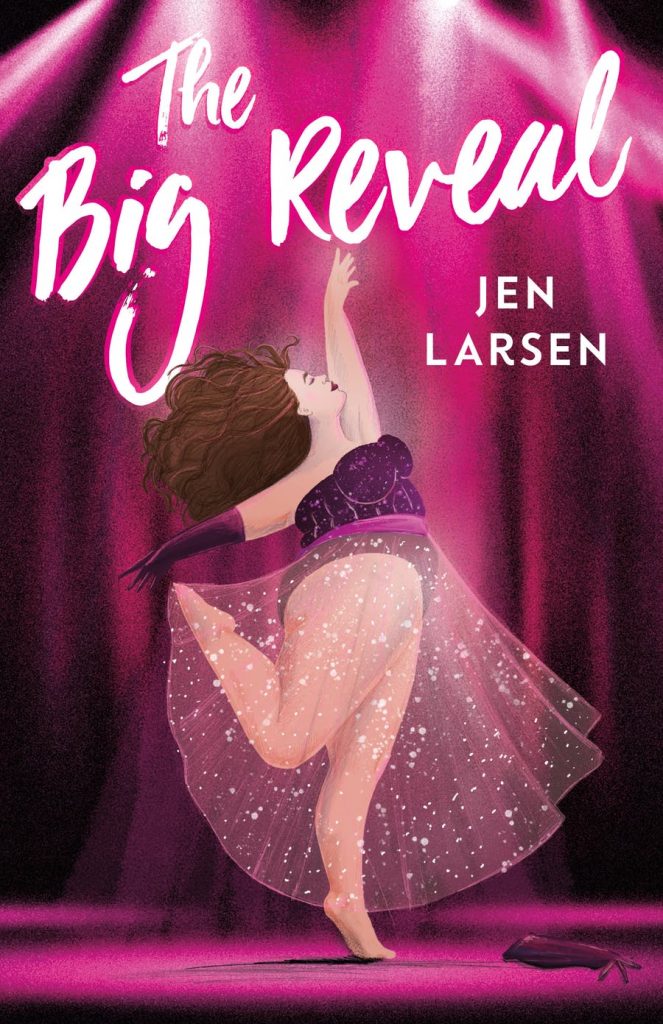 Addie is a talented dancer, a true-blue friend, and a fat, fierce, and driven young woman. When she’s accepted into the prestigious dance company of her dreams, she thinks nothing can bring her down―until she realizes she doesn’t have enough money to go.

Refusing to give up, Addie and her friends decide to put on a top-secret, invitation-only burlesque show to raise funds. But word soon gets out, and the slut- and body-shaming begin. Has Addie been resisting the patriarchy, or playing right into its hands?

The Big Reveal asks hard-hitting feminist questions while reveling in some of life’s greatest joys: chasing your passions, falling in love, and embracing yourself exactly as you are.

This cover is stunning! And I’m excited to read this book. 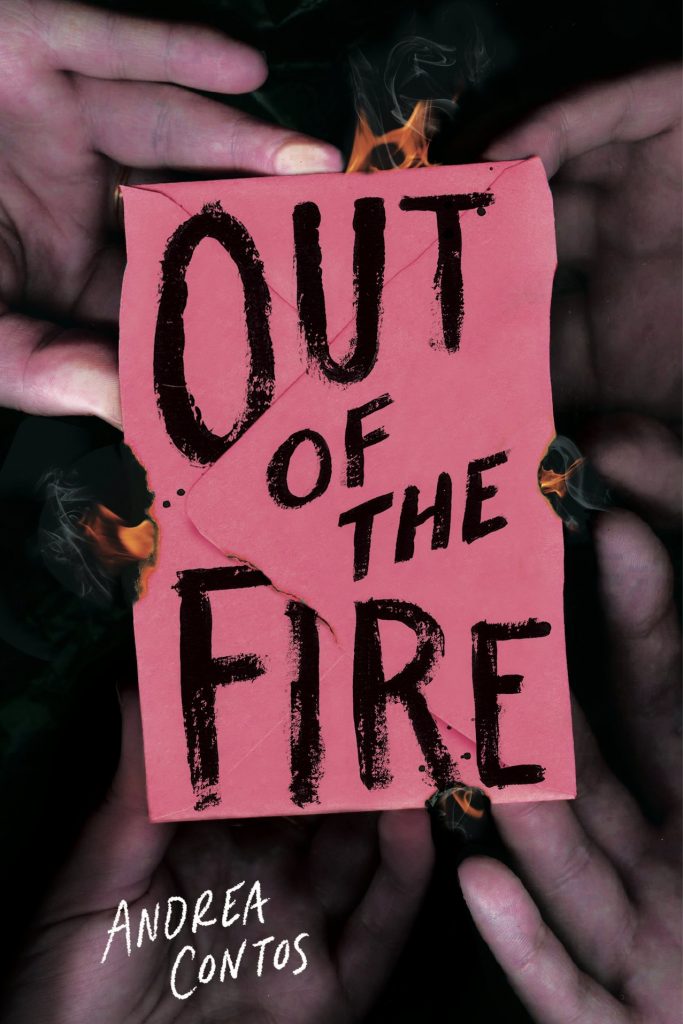 We were like fire, the four of us. Catching each other’s sparks until the flames grew, spread, raged beyond our control.

We’ll give them back the damage they left us with, burden them with the weight of our pain.

We may be temporarily broken, but we will leave them forever charred.

It wasn’t the kidnapping that ruined Cass Adams’s life. It was the letters that came after. The pink envelopes that appear in her car, her locker, her bedroom. Notes from the man she escaped, telling her that he’s always there, always watching.

And that someday, he’ll be back for her.

The police say there’s nothing they can do, and Cass resigns herself to live in fear until she reconnects with three old friends-three girls ready to exact vengeance on those who wronged them.

But the deeper Cass digs, the more shocking the truth becomes, especially when she discovers that the person who ruined her life may be the only one who can save it.

I love a good feminist thriller! 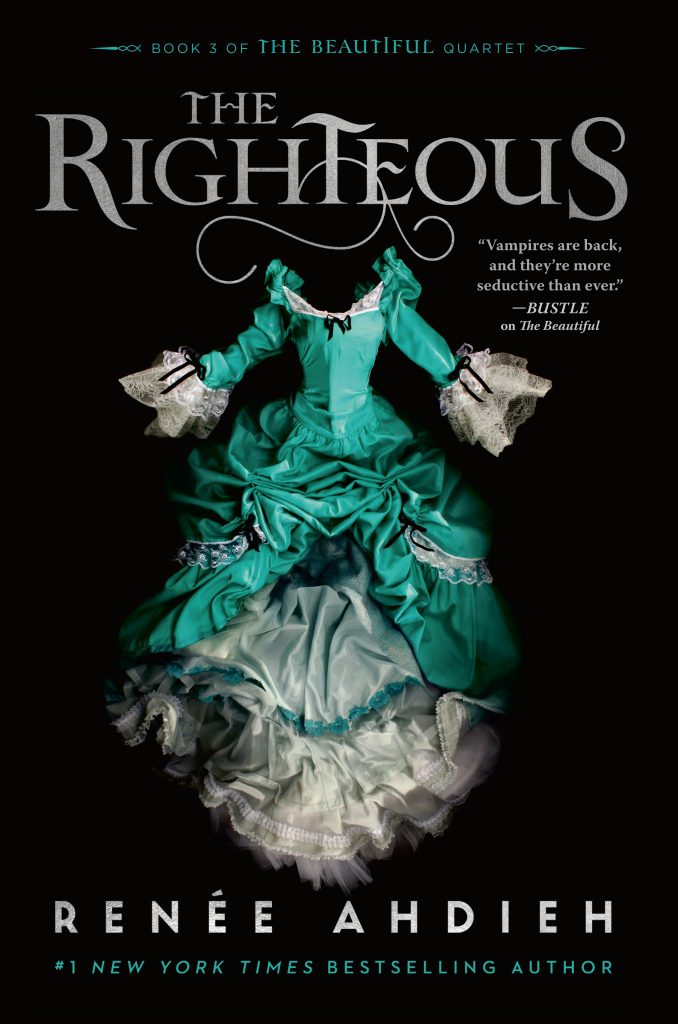 In this latest installment of The New York Times bestselling series that began with The Beautiful, Pippa journeys to the treacherous and beguiling world of the fey in search of answers only to fall in love.

Following the explosive events of The Damned, Odette faces a vampire’s final death. The Court of the Lions have done everything they can to save her but have failed. A healer from the Sylvan Vale could help her, but only Arjun Desai, as a half fey, can cross the boundary between realms. The Sylvan Vale is a world Arjun despises, and in return, it despises him. But knowing it could save Odette, he returns to the Vale with all haste, leaving the mirrored tare between the two worlds open and unwittingly setting the stage for both love and war.

It’s mere days until Pippa Montrose is to wed Phoebus Devereux and become a member of his well-heeled family, offering salvation to her own. But Celine is missing. Pippa has no idea where her best friend has gone, but she’s certain it’s in the company of vampire Sébastien Saint Germain and that Arjun can lead her to them. Pippa enjoins the help of Eloise, the daughter of a powerful sorceress, to discover the gateway Arjun uses to travel between worlds. Pippa, tired of hesitating in life, marches right through in search of her friend. But what she discovers on the other side is a dangerous, duplicitous world full of mischief and magic she doesn’t understand, and most unexpectedly, she finds love.

Author of the New York Times bestselling duology The Wrath & The Dawn, Renée Ahdieh is back. The Righteous is the can’t-miss lead in to what will be a much-anticipated finale of a can’t miss quartet.

Even though I still need to read The Beautiful, I’m excited the third book in this series is here! 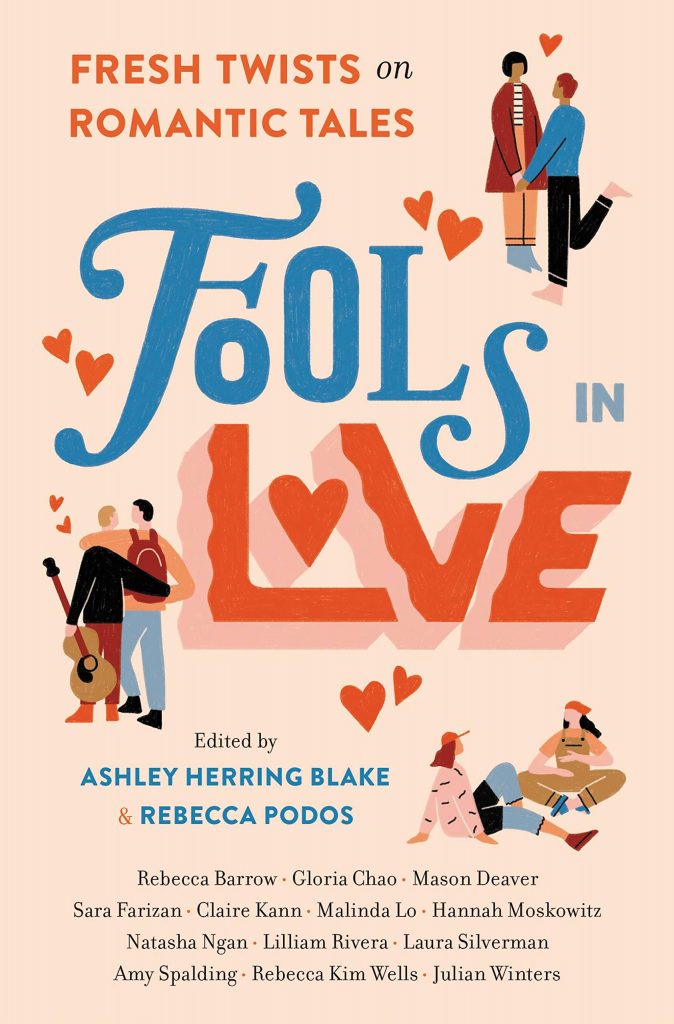 Join fifteen bestselling, award-winning, and up-and-coming authors as they reimagine some of the most popular tropes in the romance genre.

Fake relationships. Enemies to lovers. Love triangles and best friends, mistaken identities and missed connections. This collection of genre-bending and original stories celebrates how love always finds a way, featuring powerful flora, a superhero and his nemesis, a fantastical sled race through snow-capped mountains, a golf tournament, the wrong ride-share, and even the end of the world.

I loveeee romance tropes, and this anthology sounds fun! 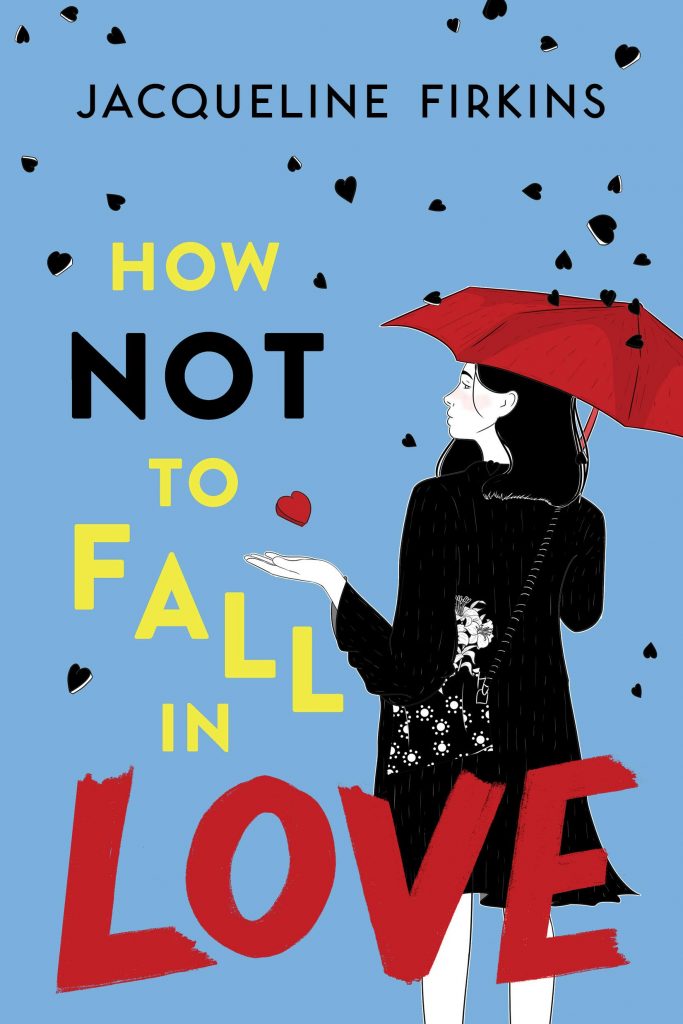 A hardened cynic and a hopeless romantic teach each other about love in this swoony and heartful romance that’s perfect for fans of Tweet Cute and The Upside of Falling.

Harper works in her mom’s wedding shop, altering dresses for petulant and picky brides who are more focused on hemlines than love. After years of watching squabbles break out over wedding plans, Harper thinks romance is a marketing tool. Nothing more. Her best friend Theo is her opposite. One date and he’s already dreaming of happily-ever-afters. He also plays the accordion, makes chain mail for Ren Festers, hangs out in a windmill-shaped tree house, cries over rom-coms, and takes his word-of-the-day calendar very seriously.

When Theo’s shocked to find himself nursing his umpteenth heartbreak, Harper offers to teach him how not to fall in love. Theo agrees to the lessons, as long as Harper proves she can date without falling in love. As the lessons progress and Theo takes them to heart, Harper has a harder time upholding her end of the bargain. She’s also checking out her window to see if Theo’s home from his latest date yet. She’s even watching rom-coms. If she confesses her feelings, she’ll undermine everything she’s taught him. Or was he the one teaching her?

I enjoyed Jacqueline Firkins’ debut, Hearts, Strings, and Other Breakable Things, and I’m looking forward to picking this one up. 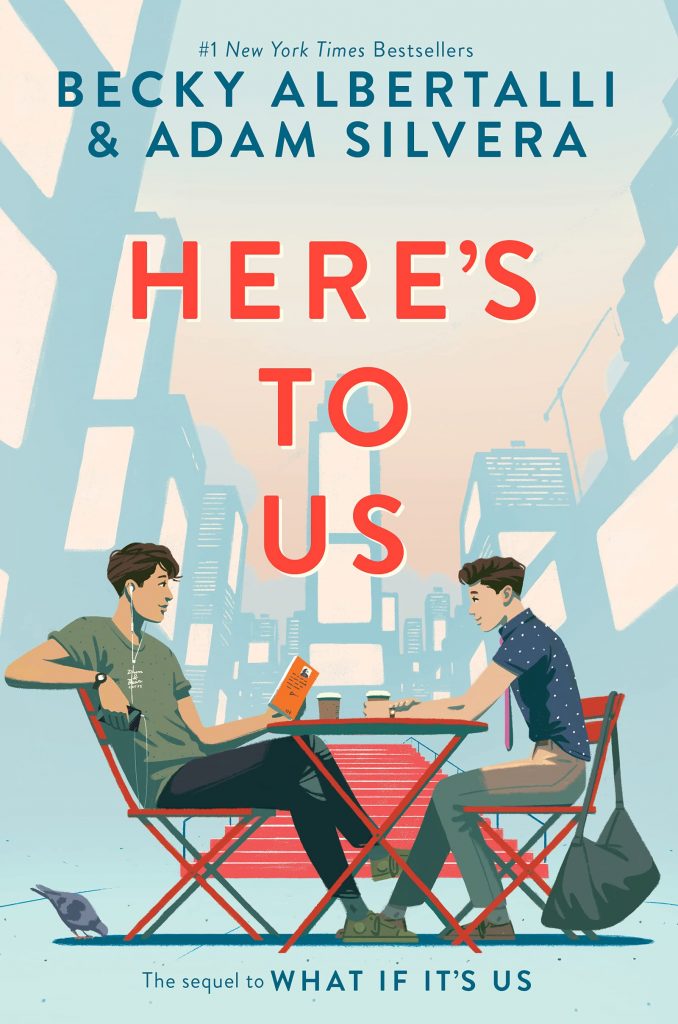 Becky Albertalli and Adam Silvera reunite to continue the story of Arthur and Ben, the boys readers first fell for in the New York Times bestselling rom-com What If It’s Us.

Ben survived freshman year of college, but he’s feeling more stuck than ever. His classes are a slog, his part-time job working with his father is even worse, and his best friend Dylan’s been acting weird for weeks. Ben’s only real bright spot is his writing partner Mario, who’s been giving him a lot of Spanish lessons and even more kisses. Mario’s big Hollywood dreams make Ben start to dream bigger—and the choices he makes now could be the key to reshaping his future. So why can’t he stop thinking about a certain boy from his past?

Arthur is back in New York City for the first time in two years, ready to take the theater world by a storm as the world’s best . . . intern to the assistant of an off-off-Broadway director. Of course, it sucks to be spending the summer apart from his sweet, reliable boyfriend, Mikey, but he knows their relationship is strong enough to weather the distance. Which is why it’s no big deal when his ex-boyfriend Ben stumbles back into the picture. And it’s definitely fine that Ben’s blissfully happy with some mystery boy. First loves are special, but it’s way too late for what-ifs. Right?

Even as the boys try to shake off the past, they keep running into each other in the present. Is this the universe trying to tell them there’s a do-over in their future?

Here’s to Us is sure to be welcomed by fans old and new of these authors and their previous collaboration, What If It’s Us. Critically acclaimed and bestselling authors Becky Albertalli and Adam Silvera combine their talents in these smart, funny, heartfelt novels about two very different boys who can’t decide if the universe is pushing them together—or pulling them apart.

I’ve been wanting to read What If It’s Us, and plan to in the new year now that the sequel is releasing!

Which December YA book releases are you most excited for?