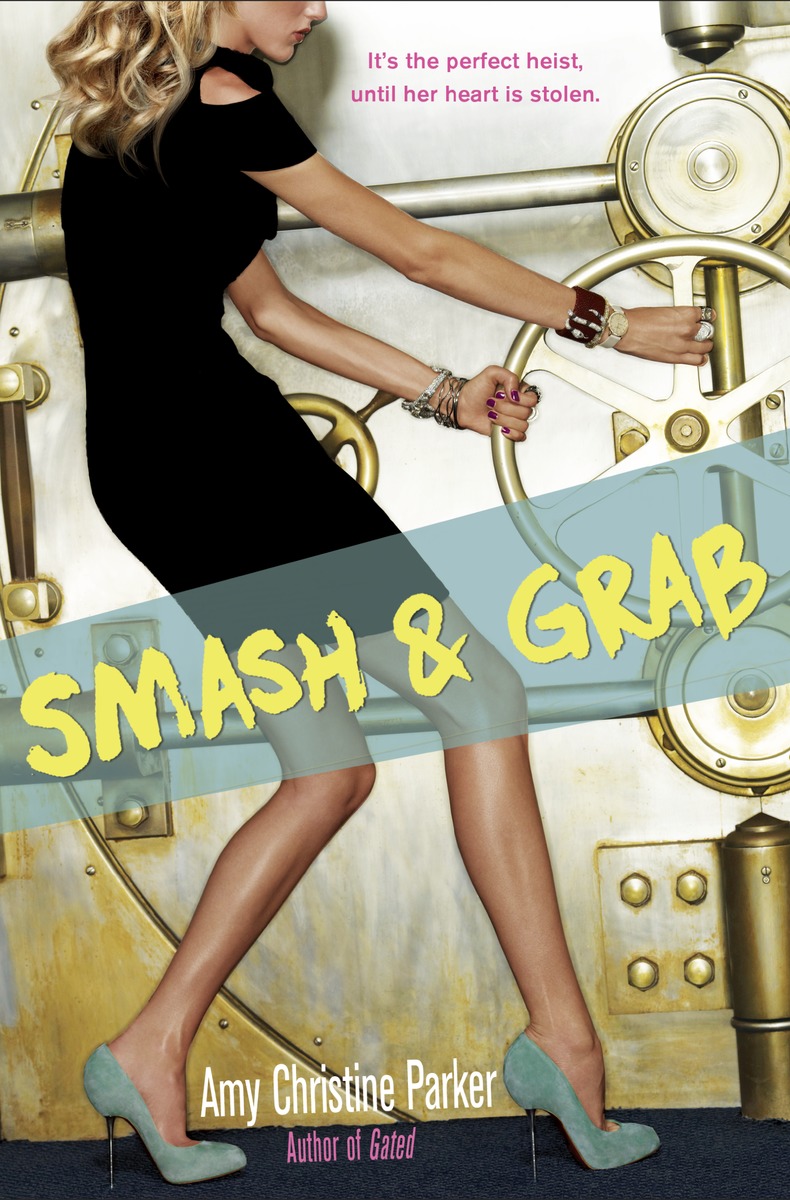 Ocean’s Eleven meets the star-crossed lovers of West Side Story. Grab some popcorn and get ready for an adrenaline-filled heist!

LEXI is a rich girl who loves a good rush. Whether it’s motorcycle racing or BASE jumping off a building in downtown Los Angeles, the only times she feels alive are when she and her friends are executing one of their dares. After her father’s arrest, Lexi doesn’t think twice about going undercover at his bank to steal the evidence that might clear his name. She enlists her hacker brother and her daredevil friends to plan a clever heist.

CHRISTIAN is a boy from the wrong side of the tracks. The local gang has blackmailed him and his friends into robbing banks, and he is desperate for a way out. When the boss promises that one really big job will be the last he ever has to do, Christian jumps at the chance for freedom. In fact, he’s just met a girl at the bank who might even prove useful. . . .

Two heists. One score. The only thing standing in their way is each other.

Told in alternating points of view, this caper is full of romance and fast-paced fun. Hand to fans of Perfect Chemistry, The Conspiracy of Us, and Heist Society.

I’m a huge fan of heist novels, so I had high expectations for Smash & Grab. While Smash & Grab didn’t quite reach my expectations, it was still a fun and enjoyable read.

The story begins with Lexi and her crew BASE jumping off a building after her father was arrested earlier that day for mortgage fraud. She happens to land on the car Christian and his cousin stole for their upcoming robbery the next day. When Lexi and her family head to the bank the next day, she realizes that her dad’s old friend and colleague had to be the mastermind behind the fraud. She, her brother, and their friends set out to gather evidence against him to clear their father. To do this, Lexi poses as an intern at the bank.

Christian and his friends are being forced to rob banks by the local Mexican gang. While committing their latest robbery, Christian literally runs right into Lexi. They then encounter each other the next day, and Christian has Lexi retrieve evidence he left behind the day before. After such close call at being caught, the man who is blackmailing Christian and his friends tasks them with one last robbery—a heist bigger than any of them have ever committed. While staking out the next bank, Christian encounters Lexi again, but this time she’s disguise. Now they both have blackmail material against each other, and they need to team up in order to accomplish their heists.

There was a large cast in Smash & Grab. Lexi’s crew consisted of five other members and Christian’s crew included four. Add in a bunch of family members and bad guys, and there are a whole lot of names to keep track of. While I understand the need to have several people involved in the heists and stunts, it was still confusing at times who was who. There was also one part where an additional friend was added to Lexi’s crew for the middle of the book and then was never mentioned again (hopefully that was fixed in the final copy).

There was a lot of set up in the beginning to establish characters and motives. The actual action for the heist didn’t pick up until a little over half way through the book. Due to this, it took a while for me to really get into the story. However, once the action started to pick up, I was engaged. The ending was predictable but still satisfying.

I liked the contrast between Lexi’s rich group and Christian’s poor group. The romance between Lexi and Christian was cute but short. I would have loved to see more of the two of them together. One awkward part of the story was some of the Spanish slang. Some of the words just seemed to have been thrown in at random and a little unneccessary.

Overall, Smash & Grab was a fun read. I recommend it for fans of Maggie Hall’s The Conspiracy of Us.

*This ARC was provided to me by the author through The Fantastic Flying Book Club and NetGalley in exchange for a honest review.* 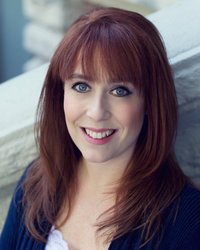 AMY CHRISTINE PARKER writes full-time from her home near Tampa, Florida, where she lives with her husband, their two daughters, and one ridiculously fat cat. 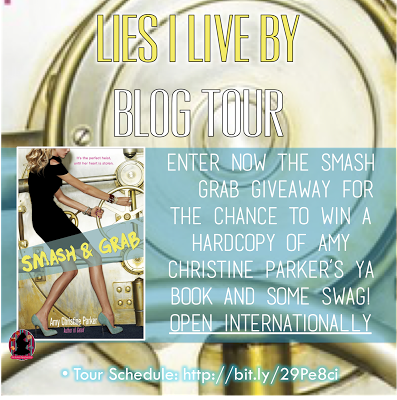 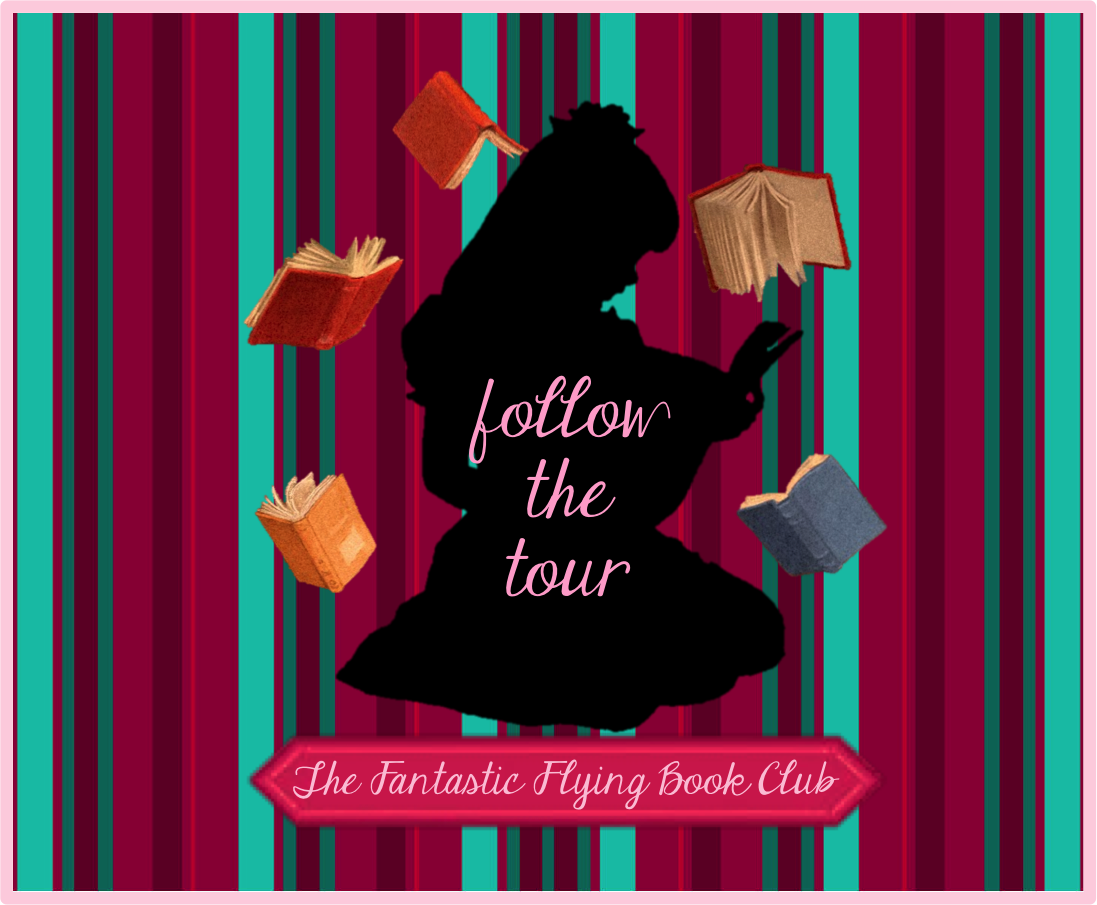