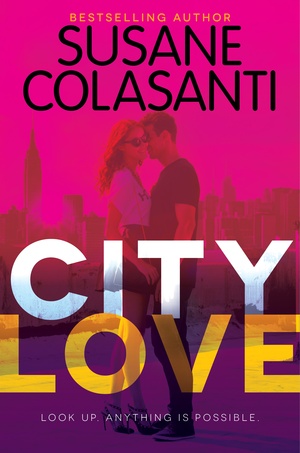 Sadie, Darcy, and Rosanna are living together in New York City the summer before their freshman year of college begins. With no parents, no rules, and an entire city to explore, these three girls are on the verge of the best summer of their lives.

Sadie is a native New Yorker. She is hopeful, romantic, and an eternal optimist who is ready to find her soul mate. Then she meets her dream boy: cute, funny, and quirky in all the right ways. The chemistry between them is unreal. Could he be the one?

Darcy is a free spirit from SoCal with rebellious tendencies and unlimited financial resources. Moving to New York City is just another adventure for her. Darcy wants this summer to be all about boy adventures—nothing serious. But how much fun is too much?

Rosanna leaves Chicago for NYC so she can put her past behind her and reinvent herself. The only thing standing in her way is the grand total of seventy-three cents she has saved. Then she meets a guy who wants to show her the glamorous side of New York—a side that she would never get to experience on her own. If Rosanna doesn’t resist, she may find herself in city love.

Told from alternating points of view, City Love captures the moments in each girl’s life when everything is thrilling, amazing, and terrifying all at once…in a way it will never be again.

I thought I would like City Love based on its premise and cover. I mean, the cover is gorgeous! However, this book was not what I was expecting at all.

The book was hard to read because, for one, there is a whole lot more telling than showing. This made it especially hard to connect with the characters. The characters also seemed a little too immature and naive to be going into college.

Another reason, I didn’t really like the book is because the conflict felt forced, and even unnecessary, at times. Most of the conflict didn’t even kick in until the last few chapters. The characters seemed to just wander about aimlessly for awhile.

One aspect I did like about the book was the descriptions of the city. The author obviously loves NYC and that love is seen throughout the book. I’ve visited the city once several years back, and I would definitely want to visit again after reading this book. Some of the restaurants and parks sound like they would be very cool places to hang out.

Overall, I did not enjoy the book. I think some younger teens might enjoy this book better, which is weird to say since the characters are in college.

*This ARC was provided to me by the publisher. This in no way affected my review of the book.*